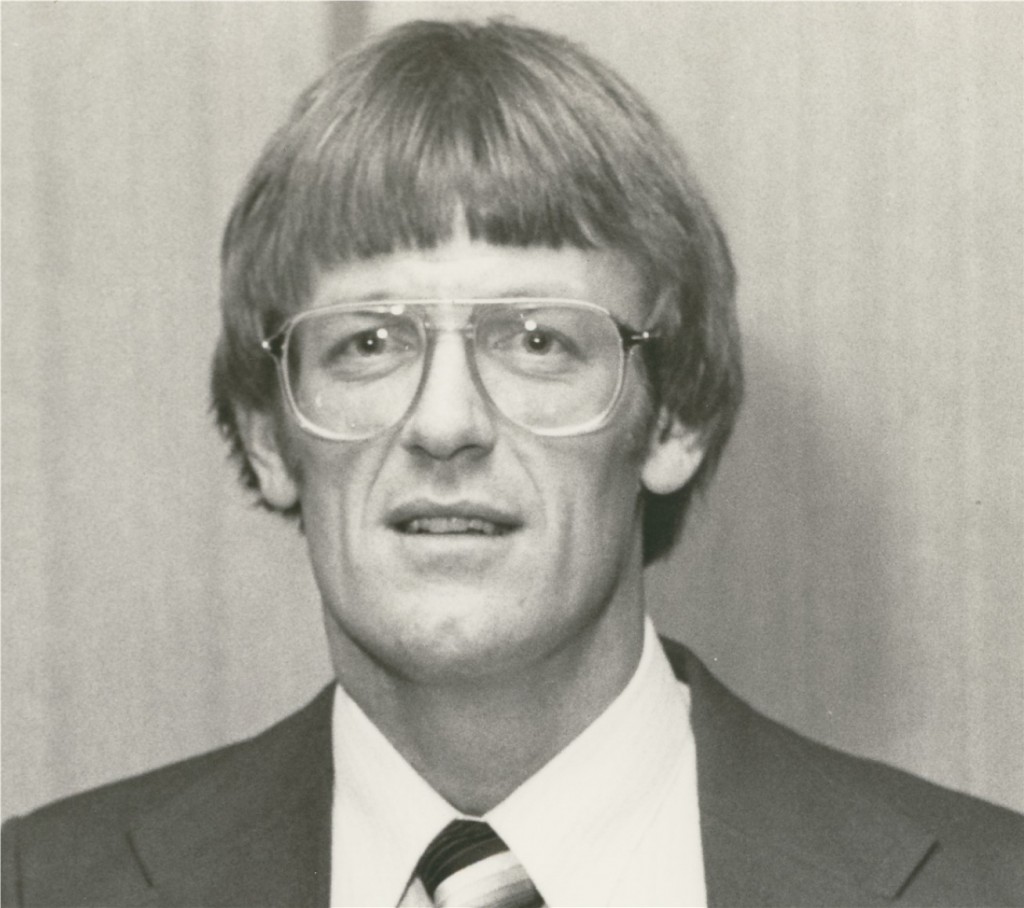 The Paul Nogler story is, quite simply, is a remarkable tale of outstanding all-around athletic talent.

When Paul asked me a couple of weeks back if I would read and prepare his introduction for tonight’s induction, I was honoured and surprised. I always knew that he was a great athlete, especially in racquet sports, and his picture adorns the walls outside my office at Sport PEI in various guises, posing with the Senior Male Athlete of the Year trophy which he almost made his own for a ten-year spell in the mid-70s to mid-80s.

But what surprised the most was the variety, and depth to Paul’s sporting career. To stand here and just read his accomplishments would, in all honesty, take a lot longer than the five minutes or so allotted to these introductions, but the list is so impressive, it demands greater scrutiny.

First of all – some background – Paul isn’t a REAL islander, apparently, having been born in Windsor, Nova Scotia, and he represented that province in two Canada Games before he even came to PEI, competing in volleyball at the first Games in 1967, and track – javelin and pole vault – in 1969, the year of course a swift-footed sprinter by the name of Bill McKinnon won the 100 yard-dash for little old PEI.

It was while in Nova Scotia he was tutored in all things sport by the great Bobby piers, a renowned Hall of Famer in his own province, and I know Paul is delighted to see Bobby’s wife Carol here tonight.

While studying science and Phys Ed at North Dakota Paul appeared on 7 championship winning teams – track, basketball, and tennis, and it was in tennis that he forged a career which, on its own merits, would be considered Hall of Fame worthy.

Paul admits it was his tennis career that gave him the most satisfaction, in that it was the sport that takes the longest to master. On coming to PEI in 1972, where he was to start a long career in teaching, he began a decade long-stretch where he was the top ranked tennis player in the province, winning six singles titles, as well as a few tournaments over on the mainland. Highlights included qualifying for the Atlantic Open on three consecutive occasions, and representing Atlantic Canada at the Penn Championships in Toronto.

While doing all this in tennis, Paul was also qualifying for national championships in squash, as well as earning more national recognition, including another Canada Games, this time in badminton.

However, if you were to ask the casual sports fan about what they might remember most about Paul Nogler, they would almost always reply – wasn’t he the guy who played racquetball?

And play he did. In the early 1980s there was barely a tournament that Paul didn’t win, taking the title in all the major open tournaments in Eastern Canada, including the Men’s Open Amateur Division at the Maine Pro-Am Classic, and Nova Scotia Open, wins which gave Paul immense satisfaction.

He was a dynamic force in the sport and he loved to take on the big guys, and in 1983, a year in which he won ten more tournaments, he gave a real scare to Marty Hogan of San Diego, one of the best players in the world.

Paul was at the forefront of a golden era in racquetball, and he helped develop a number of outstanding players, including Lisa Devine, Andy Fitzpatrick and the Collard twins amongst others. For a while PEI was the envy of the racquetball world, and it was in no small part because of the efforts of Paul Nogler.

All-round athletes can sometimes be viewed as jack-of-all trades – proficient, but not outstanding in any one thing, But not Paul Nogler – he EXCELLED in all his endeavours, and he loved to compete.

In the early 1980s the province ran a series of Supersport competitions to determine PEI’s top athlete – it was a no contest really, with Paul winning the multisport event on four occasions, including the last when he was 37 years old against athletes mostly 10 years younger.

And unlike some of his peers, Paul always practiced what he preached, embracing his role as a physical education teacher to give young bodies the best possible start. He played a key role in the School Athletic Association, but more than anything, he was always prepared to give his time to kids that just wanted to play, whether it was an extra tennis lesson or early morning basketball for those that didn’t make the school team.

There are a number of reasons you could point to that would make Paul Nogler a Hall of Famer – it could be the four Senior Male Athlete of the Year awards, the total domination of all racquet sports, the multiple appearances at Canada Games and nationals in multiple sports, even the many records he set in track and field, some of which stood for years.

But what stands out most is that, quite simply, Paul Nogler was a great athlete. Hard, uncompromising, driven to win and loving the competition. He is old school – these days athletes are told to specialize at the earliest possible age. Sports are a 12 month business and cross over is not encouraged, but somehow, I doubt Paul Nogler really agrees with that view.

To one of our finest all-round athletes, this evening it is a pleasure to say – Paul Nogler, welcome to the Hall of Fame.