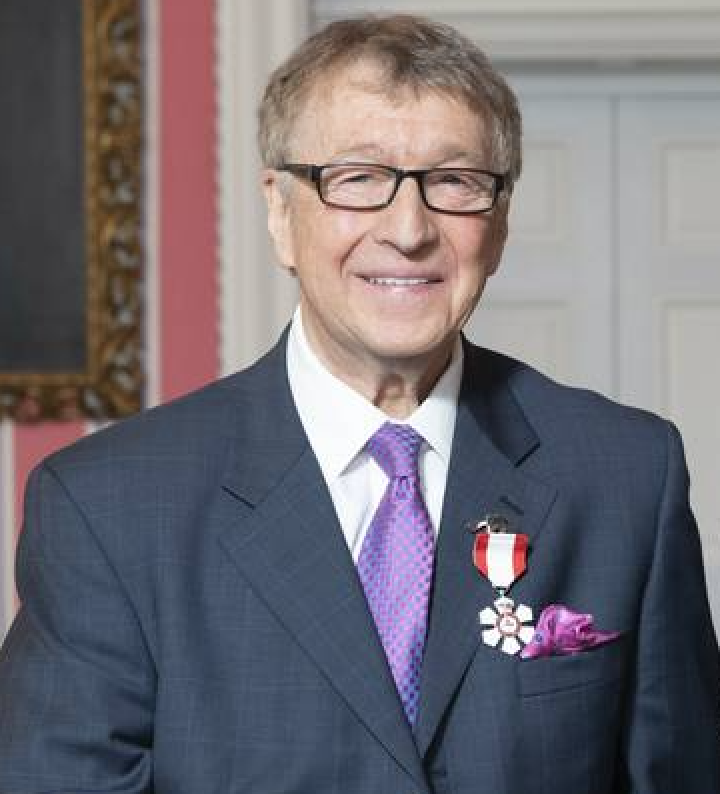 Every year when the selection committee meets to discuss the new inductees for the Hall of Fame, debate usually occurs. The committee is made up of people from different backgrounds, from all parts if the province, and with different sporting interests. Comments usually go back and forth on the merits of the nomination, and why that person should, or shouldn’t, be inducted.

The nomination discussion for Allan Andrews in 2020 was the shortest on record. Unequivocal yesses all round – 100% in favour, no questions asked, no debate needed. The only voice to speak after the vote was one of surprise that Allan had not been inducted sooner.

Such is the impact that Allan has had not just on the sport of hockey, but on the lives of thousands of young people. His philosophy is based not just creating great hockey players, which he has done by the bucketload, but on the teaching of life lessons, instilling good habits such as respect, dedication, and hard work. Everybody that comes to an Andrews Hockey Growth program leaves not just a better hockey player, but more importantly, a better person.

Allan didn’t have it easy growing up, one of eight children, and typical of many from rural areas in the 1960s, his early hockey education was learnt on the ice ponds of Freetown, barely seeing the inside of a rink. He didn’t play on his first team until he was 15, and he was also more than a useful ball player, with a good eye and a quick bat. He is a Canada Games alumni, not in hockey, but in fastball, which he played at the 1969 summer games.

Everybody needs a lucky break to get ahead in life, and it could be argued that Allan’s came in the form of the great Jack “Spy” Ready who, as phys ed teacher at Queen Charlotte Junior High, took him under his wing as his assistant. Allan immediately set to work implementing a physical education program that was soon adopted by all schools across the City.

It could be stated that his attendance at UNB set the tone for the man Allan would become. He played for the Red Devils between 1965-68, earning an Athletic Distinction, and he graduated with a degree in physical education in 1969, which he supplemented with a Bachelor of Education from UPEI in the mid-70s. It was clear that teaching, and the education of young people, was Allan’s life path.

For almost 20 years Allan was the Youth Coordinator and Supervisor of Allied Youth for the province, becoming known and loved by thousands of students, who he tried to make feel that they could accomplish anything if they were encouraged and made to feel special.

This was something Allan carried through in his very successful coaching career, winning numerous titles and championships with teams such as the Charlottetown Pee Wee Beavers (three Maritime championships, 100 wins to five losses) and the Colonel Gray Colonels, whose powerhouse team in the mid-80s saw them play elite prep school teams from as far as away as Boston. The list of players Allan has coached in their formative years is impressive, with the likes of Rick Vaive, Bobby Dunn, Al Wright, Mike Kennedy and Bobby Stewart all starring on Andrews’ coached teams. His qualifications include holding advanced level certificates from Hockey Canada, not to mention an Olympic Solidarity Coaching Certificate that he obtained from the Swedish Olympic Committee, and a Masters Coaching Certificate from Hockey USA. One of Allan’s most notable contributions was being appointed to the National Advisory Council on Fitness and Amateur Sport

Allan’s innovative approach to hockey coaching and skill development saw him become increasingly respected around the region, and in 1979, while still with the provincial government, he started a hockey school with 30 kids and two weeks of ice time. A few short years later the school expanded, Allan left his government job, and Andrews Hockey Growth Programs was born.

Without doubt, Andrews Hockey Growth has been a resounding success, one which has always reflected Allan’s own values. He is an innovator, who has pioneered programs that others have followed. Allan was one of the first to see the potential and growth in the girl’s game with female only programs which attracted the likes of Olympic gold medalist Cassie Campbell, while he has embraced new techniques and exercises, such as modern skating techniques which have been adopted all over the world. It is no surprise that he has been titled “the Hockey Professor” by his peers.

In 1999 the school had 1300 students, while pre-pandemic enrollment saw 2500 students come through the doors, from all over the world, such is the reputation of the program. Satellite schools have been set up in countries such as Norway and Switzerland, not to mention the North of Canada. His Riptide program has allowed the up-and-coming lids from minor hockey play at a high level throughout the region.

World class players such as Brad Richards, and of course Sidney Crosby, came to Andrews when they were barely in elementary school, and came back every summer not just to learn, but also to coach and teach the next generation. A walk around the school, and seeing the pictures of not just great hockey players, but society’s leaders, shows the influence and impact that the program has had in its 40 year existence. World class surgeons, political leaders and top businessmen are displayed just as prominently as those who have made it to the top of the hockey tree.

Of course, Allan has been recognized many times by his peers. He fits nicely in the worlds of sport and business, being recognized by the PEI Business Hall of Fame in 2012, the same year he also received the Premier’s Award for Tourism. In 2018, he was a proud recipient of the Order of Canada. In 2021, he rightly takes his place in the PEI Sports Hall of Fame.

A humble, family man for whom wife Lois and children have been his rock, Allan’s faith has been a cornerstone of his life, and his charitable endeavours are without peer. He was a founding member of the National Christian Council for Reconciliation of Canadian Prisoners.

In an interview in 1991, Allan is quoted “I’m really thankful that I’ve had the opportunity to work with young people – I have always found it exciting to be around kids. I think I’ve learned to make them believe they can do things. People sometimes don’t achieve in life because no one tells them they can do it.”

It is a philosophy we can all get behind.