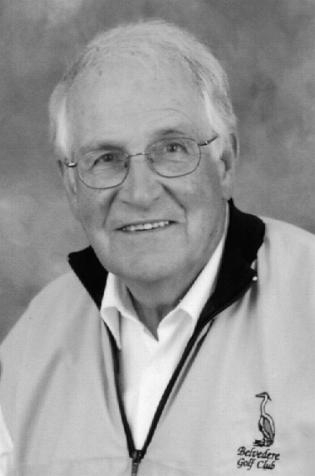 Ron Atkinson has devoted a great deal of his life to the sport of skeet shooting, both as a competitor and as an administrator.

He was first introduced to the sport at nineteen years of age when a neighbour took him out to the local gun club in Charlottetown. He took a great interest in the challenge of shooting at two four inch clay targets going at a speed of 60 miles per/hour in opposite directions, this was the beginning of a love for the sport of skeet shooting for Ron.

Commencing in 1952 and before the decade ended, Ron’s dedication and his demonstrated skill in the sport enabled him to become one of the highest average shooters in Eastern Canada. Establishing him amongst the sport’s elite, Ron won the PEI Provincial Skeet Championship on ten occasions, the Maritime Skeet Championship seven times and the Canadian AAA class title twice. He also was successful in winning every eastern Canadian Regional tournament at least once, and through the 1950’s recorded three of the four perfect scores recorded in the Maritimes.

One of Ron’s proudest moments was being involved in a Canadian skeet event where he shot head to head on the same squad against Bill Rodgers, a former
world champion. Bill broke 99 out of 100 targets but Ron shot 100 , a perfect score, to win the event.

Ron has served in many local, regional and national skeet shooting administrative positions and also as an organizing member of the Canadian Skeet Shooting Championships since 1992.

Ron is also credited with creating the Club Average Handicap System for local skeet competitions, a system now used for inter-club, league and fun competitions at many Canadian and American skeet clubs.

In the mid 1970’s, Ron began hand printing and publishing a monthly bulletin for the Charlottetown Trap and Skeet Club which he called ‘Targetdust’. It became so popular that it was adopted as the national skeet shooting bulletin for Canada and it continues to be the voice of Canadian skeet shooting, and one of the most popular information bulletins in North America.

For his dedication to the sport, Ron was inducted into the Canadian Skeet Shooting Hall of Fame in 2000 in the builder category. The Canadian Hall of Fame committee honored Ron by creating the Ron H. Atkinson Award which is presented to the builder inductee of the year.