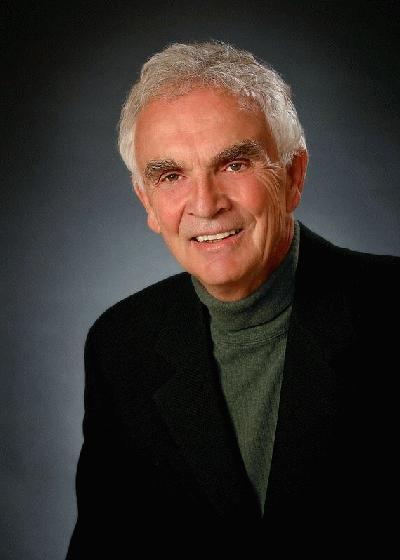 The PEI Sports Hall of Fame contains many great athletes, who have recorded amazing feats. Many of their stories are well known, and most are household names to Islanders who know their sports. Maybe less well-known, but equally important, are the builders – those who provide the framework, put in the hours, and set the guidelines for those that come afterwards. They are often the unsung heroes, but it is because of their efforts that the next generation can enjoy their sport, and in many cases, go onto great things. There are some great builders who have been honoured in the past, and tonight I am pleased to induct a gentleman who is right up there with the best of them – my uncle, Charlie Ballem.

What is a builder? It is someone who has helped create a sport framework and delivery system, as well as someone who has a powerful influence on the people involved in that delivery. Charlie Ballem is such a person – his contribution to sport has been immense.

Born in Mount Albion in 1929, Charlie gained his first experiences in sport and recreation while a student in the village’s one-room school. While organized sport was basically non-existent, there were, nevertheless, opportunities for informal play and recreation activities. After grade 8, Charlie moved to Charlottetown, where he attended West Kent School and Prince of Wales College. During his high school years he became an active participant in a variety of sports teams at PWC and the YMCA, and it was this experience that firmly implanted his love for sport, and its related social activities. His sports of choice included basketball, volleyball, softball, rugby, curling, and golf.

In 1957, Charlie began teaching physical education at Summerside High School, and it was there that he began to mould the lives of many young students. He was an exemplary phys ed teacher, coach of many teams, but he is remembered most for the way he instilled respect in those he taught. He was an award winning teacher – no mean feat for a phys ed guy – and he was instrumental in the development of both a house system, and intramurals, which involved 90% of the students in meaningful sports programs. He instilled a tremendous sense of community within the school, and those who were taught by Charlie during his 12 years at the school can only reminisce fondly on the positive way that he impacted on their lives. During his teaching tenure, Charlie took time to work on his physical education degree, becoming one of the first in the province to gain this qualification.

It was Charlie who provided the leadership that developed the PEI Schools Athletic Association from an idea of a few forward thinking individuals into the successful program that it is now. He was elected as the initial president at the founding meeting in October 1961, and served in that capacity until 1964. During his tenure as President, Charlie wrote the constitution, by-laws and policy handbook for the fledgling organization, documents that continue to serve as a reference for operational decisions of the association today.

His influence in the way school sport was structured in this time was considerable. Massive change was occurring in the school system, amalgamation was creating many larger schools with the capacity to offer diversified physical education and school sport programs, and Charlie was at the forefront of the change. It was his innovative leadership that moved the sport program into the Elementary and Junior High schools, and by moving into the lower grades, the PEISAA became a complete sport system.

In addition, one of Charlie’s greatest contributions was to enforce the professionalization of physical education programs in our province. With assistance from the physical education coordinators, the first official phys ed curriculum was developed in the mid 1970s. In recognition for what Charlie Ballem achieved in Island school sport, the association presented him with its first builders award in 2000, and then subsequently named the award in his honour.

In 1973-74 Charlie completed his post-grad studies for a Masters of Science degree at Dalhousie University, and in 1978 he accepted a faculty position at the school as head of the recreation division in the School of Recreation, Physical and Health Education. Charlie was acknowledged by Director Larry Maloney as the individual most responsible for reviving a struggling program, and many of today’s Atlantic Canada recreation leaders are a direct product of Charlie’s innovation and dedication during his time at the school.

It was at Dalhousie that Charlie began to develop his love of researching Island sport history. He developed a great thirst for knowledge, analyzing not just sport but putting it in context of the times. In 1986, Charlie’s book Abegweit Dynasty: The Story of the Abegweit Amateur Athletic Association 1899-1954 was published, and in 2004 the immensely popular More Than Just A Game: 100 Years of Organized Sport in Prince Edward Island 1850-1950, also hit the book stores. Charlie has also had numerous articles published in the Island magazine.

Such is Charlie’s love of sport and history, he has become in demand to help champion the cause of many would-be Hall of Famers. Many of the inductees of the Hall have had their nominations researched and signed by Charlie, and on many occasions, he has stood exactly where I am now, telling their story on the night of their induction. His desire to keep alive the heritage and history of sport, and its greatest performers, with no thought of any reward for himself, is one of his greatest traits. Sport on PEI is lucky to have had someone like Charlie take such a keen interest in its past.

There is so much more really we can say about Charlie – his contribution to community, the way he instills so many good qualities in the people he meets. Sure, Charlie Ballem has been a builder of sport, and a great one at that, but what has really stood out, is that he is a builder of people. When the request went out for letters of support for Charlie’s induction, over 40 came back, from all areas of Charlie’s life. The theme throughout them all was similar – a great individual, humble, modest, and a gentle, gentleman. To quote one letter that was received:

“Charlie Ballem is a uniquely multi-talented individual whose quiet leadership, humility and strong values has left a lasting impression on us all. Charlie has influenced our academic, career, and life choices. He was, and still remains after 40 years, our mentor and role model. We are positive that we wouldn’t be the people we are today if it wasn’t for Mr B. We were, and still are, truly blessed.”

Charlie Ballem passed away in June 2010 at the age of 80. His memorial service was attended by numerous Hall of Famers and lovers of sport who recognized the immense contribution Charlie had made.