Brad Richards to be inducted into PEI Sports Hall of Fame
July 26, 2022

Brad Richards to be inducted into PEI Sports Hall of Fame
PEI’s most successful hockey athlete, Murray Harbour’s Brad Richards is to be inducted into the PEI Sports Hall of Fame.
The two-time Stanley Cup champion and Memorial Cup winner will be inducted in a special ceremony in his hometown rink, the Northumberland Arena, on Monday, August 8. Capacity for the event is limited, but anybody interested in attending is asked to contact Hall of Fame Executive Director Nick Murray at 902-393-5474, or njmurray100@gmail.com.
Richards shot to prominence following an outstanding junior career, which saw him lift the Memorial Cup with the Rimouski Oceanic in 2000. That same year, Richards won nearly every honour possible for a Canadian junior player in the QMJHL: he earned the Jean Béliveau Trophy after leading the QMJHL with 186 points, as well as the Telus Cup, given to the league’s best offensive player; he won the QMJHL and Canadian Hockey League Plus/Minus Awards with a plus-80 mark, and was a First-Team All-Star in both the Quebec circuit and the Canadian Hockey League (CHL), as well as the CHL Player of the Year and Leading Scorer. In the post-season, Richards took home both the Guy Lafleur Trophy as MVP of the QMJHL playoffs, then the Stafford Smythe Trophy as Memorial Cup MVP.
Drafted in the third round, 64th overall by Tampa Bay, Richards helped the Lightning lift the Stanley Cup for the first time in their history in 2004, winning both the Lady Byng and Conn Smythe trophies, and cementing his reputation as one of the best young players in the game. That same year he helped Team Canada win the World Cup of Hockey
Richards won a second Stanley Cup ring in 2015 as part of the Chicago Blackhawks, and on his retirement in 2016 he had played in 1126 regular season NHL games, scoring 298 goals and earning 932 points. His play-off record saw him play an additional 146 games, netting 37 times, with a 105 points total. In addition to the Lightning and Blackhawks, Richards suited up for the Dallas Stars, New York Rangers, and Detroit Red Wings.
For more information on the PEI Sports Hall of Fame please visit www.peisportshalloffame.ca
The 2022 induction ceremonies are sponsored by the PEI Mutual Insurance Company.
-30- 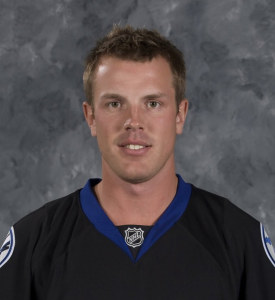 END_OF_DOCUMENT_TOKEN_TO_BE_REPLACED

The PEI Sports Hall of Fame was saddened to hear of the passing of Jack Kane recently. Jack was the father of inductee Lorie Kane, and also the son...

END_OF_DOCUMENT_TOKEN_TO_BE_REPLACED

The PEI Sports Hall of Fame has announced its next three inductees, who will all take their place in the Island sports shrine at a dinner at Credit...