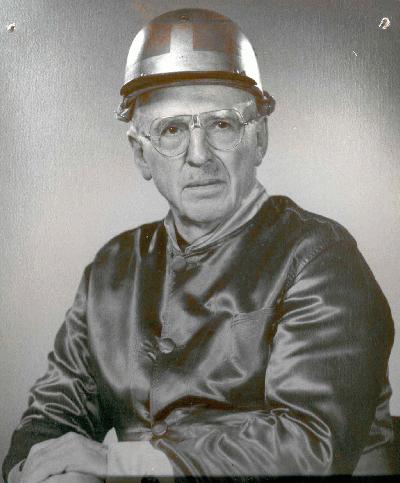 George Albert Callbeck was born March 26, 1894, at Augustine Cove, P.E.I., and moved with his parents, to Summerside, March 25, 1905. In 1916, he purchased his first Standard bred horse – an acquisition that would lead him toward his lifelong passion – harness racing.  He quickly became involved in the King of Sports on several levels. He began commercial breeding in 1920, which became a lifelong venture. He also began acting as Race Secretary or Judge in the same year, and, until 1933, often occupied this role when not driving. He was a judge at the Milligan & Morrison race track in Northam, P.E.I. on the first night a racing program was ever staged in Canada – June 23rd, 1933.

George was also heavily involved in the organization of the sport. In 1934, he, along with F.J.E. Wright, W.B. MacArthur, Gordon Dawson and Harry O’Brien, formed the P.E.I. Harness Racing Club. George was the club’s first president, from 1934 until 1939, and continued to be a member for the rest of his life. Today, this organization has become the P.E.I. Colt Stakes, so named for the race that it puts on each fall, which, after 75 years, has become the oldest standardbred stakes race in Canada. George also played a pivotal role in the establishment of the Horsemen’s Protective Association of P.E.I. in the late thirties. Funded by race horse owners and by the race tracks, the main goal of this organization was to look after injured drivers by paying medical expenses and provide financial assistance.

In addition to these administrative contributions, George was an excellent driver. On August 21, 1935, he lowered the Maritime Pacing Record with his two-year-old filly “Guy Ann” at the Charlottetown Driving Park, to 2:24 1/4.  Her next start was in the two-year-old Futurity September 25th which she won in three straight heats.  She again lowered the record, this time to 2:24. On September 7, 1936, “Guy Ann”, age 3, set a Maritime bred record of 2:16 for her owner-driver.

To assist in the King of Sports by producing good race horses, he brought to the Island three out-standing stallions: Abner T. Clegg, Watchim and Ableway.  The latter two received Championship Certificates of Achievements from the Canadian Horse Show Association.

He sold to Wilbur MacArthur the full sister Top Notch Can, the dam of Top Way 2:06 3/5, holder of the Summerside Track Trotting Record.  Top Way’s sire was the stallion Ableway.  The two sisters were bred and foaled the property of George Callbeck.

One of George Callbecks highlights came at Charlottetown, July 30, 1959, before her Majesty the Queen, when he set a new track record of 2:04 3/5, with the roan gelding “Mighty Lee”, whose own lifetime record was 2:04 1/5, taken in the United States.  After the Royal Party left for Government House, he lowered Mighty Lee’s life time record to 2:03 4/5, also breaking the track record for the second time that day. At the time of Mr. Callbeck’s induction into the Prince Edward Island Sports Hall of Fame in 1969, this remained a P.E.I. record and could be seen on the board in front of the judge’s stand at the Charlottetown Raceway.

On September 7, 1959, at Sackville Downs, Mighty Lee with driver George Callbeck, reduced the track record from 2:05 to 2:04.  This record was lowered the following year.

In 1946, George bought an interest in the Charlottetown Driving Park & Exhibition Association, and became a continuous director.  Realizing night racing was to become more a way of sport, the directors were prompted to light the race track and use a starting gate.  A new grand stand, coliseum, exhibit hall, restaurant, a great number of race horse stables, as well as exhibition building for housing livestock, were built.  Today, the Charlottetown Driving Park and Exhibition Association property and buildings are the finest east of Toronto.

In 1962, George Callbeck was appointed a director of the United States Trotting Association, District 10, Head Office, Columbus, Ohio.  In 1964, he became a Director Emeritus and was also a member of the Rules Committee.  All tracks in the Atlantic Provinces operated under this Association.

At the time of his death in 1971, George remained an active member of the harness racing community. In 1978, he was posthumously inducted into the Canadian Horse Racing Hall Of Fame.