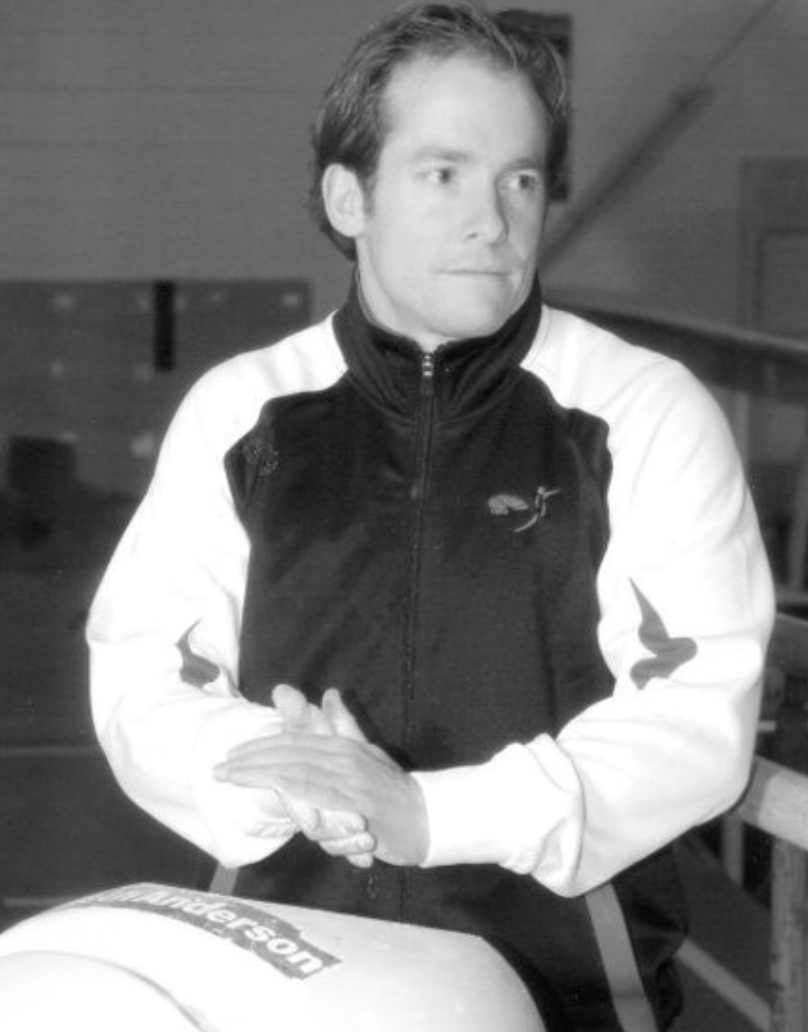 It is my honour and pleasure today to read to you the induction citation for Scott Chandler. I have known Scott since he was 8 years old, when he would wander into the gymnasium at West Kent Elementary School where I was the Phys Ed teacher. He would often come into the gym twice a day during recess to take part in any gymnastics activities that were going on – it was clear he was a keener, and that he enjoyed the sport very much. He certainly had potential.

Competitive gymnastics is a hard, tough sport. To be successful you have to master 6 disciplines which are a combination of strength, agility, flexibility, and coordination. You have to be tough mentally, you have to be determined, and you have to be prepared to work extremely hard. Failure is a constant companion, as is the possibility of serious injury, which can result from the tiniest of mistakes. Courage is a key component. You can’t do gymnastics with fear.

There is no other sport however, which provides the thrill and exhilaration of completing a move that you may have been working on for months, even years. Scott immediately was the type of athlete that relished, and sought, that thrill. He was born to do gymnastics.

Scott got his first taste of national competition in 1986 at just 11 years old when he attended the Canadian Championships in Chicoutimi, Quebec, competing against opponents two to four years his senior.

He didn’t have to wait long for his first national medal, earning a silver the following year in Winnipeg, on the floor event. That year, 1987, also marked his first selection to the Tyro under-14 age group national team.

At the 1988 Nationals in Hamilton, Scott garnered bronze medals on the floor and high bar, again making the national team, which earned him a trip to England for a two-week training period at the British National Team training centre. That year also saw him win the first of what would be 5 Sport PEI awards throughout his career.

In 1989, in Edmonton, Scott won his first national gold medal when he placed first on vault, and although he was shut out of the medals at the 1990 Championships in Halifax, he stormed back to win gold on floor at the 1991 Championships in Saskatoon. This was a big year for Scott, as he won all-around and vault gold medals at the World Small Island Games in Aland, Finland, and he was a medal hopeful for the Charlottetown-hosted Canada Winter Games.  After qualifying for three event finals, however, he had to withdraw through injury.

His efforts, however, had not gone unnoticed, and he was named the winner of the Roland Michener Canada Games Award, presented to the athlete who best combines athletic ability, strong leadership qualities, and academic excellence.

In 1992 Scott was competing in the tough junior under-18 category, but once again he snared a national gold medal on floor, earning himself a place on the national junior team, the first ever Islander ever to achieve this honour.

1993 was a nearly year for Scott, and he came within a whisker – 0.05 – of getting the qualifying score to attend the World Championships. Such are the fine margins in this sport. He did, however, win two golds – on floor and vault – at Elite Canada.

It is at this point the Scott Chandler story stops, at least temporarily. Seven years of non-stop training and competing at the very highest levels in the most demanding of sports, saw him take a break, at the grand old age of 19.

Top-level athletes can’t take a break for almost 10 years and still come back to their previous levels, but Scott Chandler is no ordinary individual, and at the age of 29, when most of his peers had long hung-up their suits, he decided on a comeback, and in 2004 he returned to active competition, once again winning bronze all-around national medal.

He would compete again for 10 more years, including joyously in 2011 when the Island hosted the National Championships. In 2015, he amazingly competed at the Nationals at the age of 40, by far the oldest gymnast ever to do so. However, 40-year-old bodies are not supposed to do what those in their 20s can achieve, and after reaching this milestone, he walked away for good, but not before receiving honorary National Team status from Gymnastics Canada, recognition for all he had achieved in a magnificent career.

He was also recognized, again, by Sport PEI, almost 20 years after his first honour, but this time becoming the inaugural winner of the Inspiration Award, presented to an individual who others can look up to and aspire to be. Even now, Scott still trains and is happy to share via his social media all the moves he is able to perform. He has even indicated that “Comeback 50” might be on the cards – we think he is joking, but with Scott, and his amazing desire and motivation, you are never quite sure….

For Scott, his career was often about “firsts.” He was the first Canadian gymnast to introduce advanced skills on floor and vault, and he has led the way in this province in the sport. He remains the one that all our young gymnasts want to be. Watching Scott perform his high bar routine was one of the most exhilarating sights in Island sports, up there with watching Jared Connaughton sprint, Lorie Kane drive a golf ball, and Brad Richards shoot a hockey puck.

It was all done with a cheerful demeanour, which often belied a fierce, determined streak to be the best he could be. If the first part of his career was about winning medals and competing with the very best, part two was definitely about playing the game in the right way, enjoying the sport for what it was, and setting the examples for others to follow.

It is only fitting that Scott Chandler becomes the first gymnast to enter the PEI Sports Hall of Fame. It is a proud day for all of us who have devoted so much time to this sport.

It is my privilege, and honour, to say to Scott Chandler – welcome to the Hall of Fame…….. 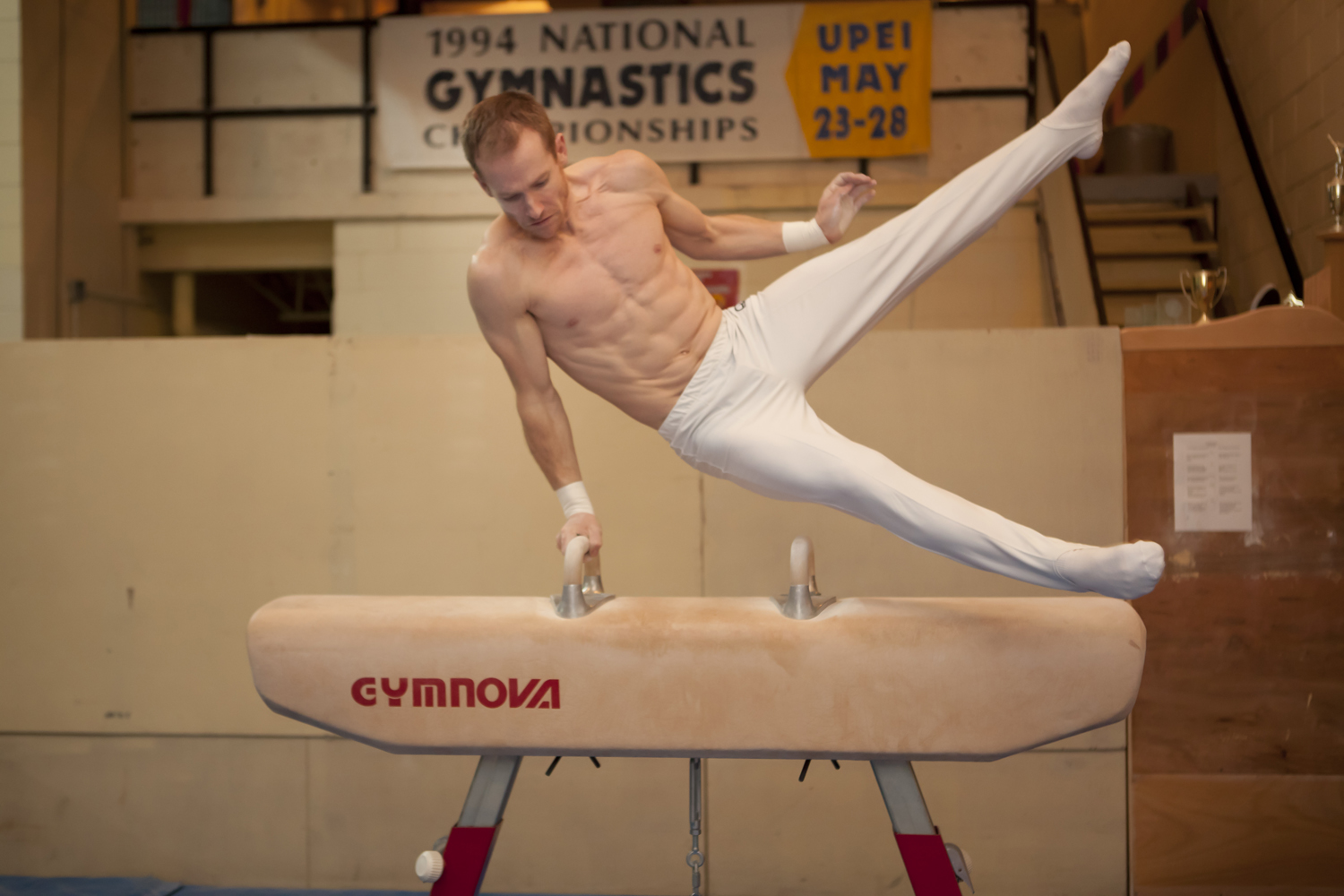 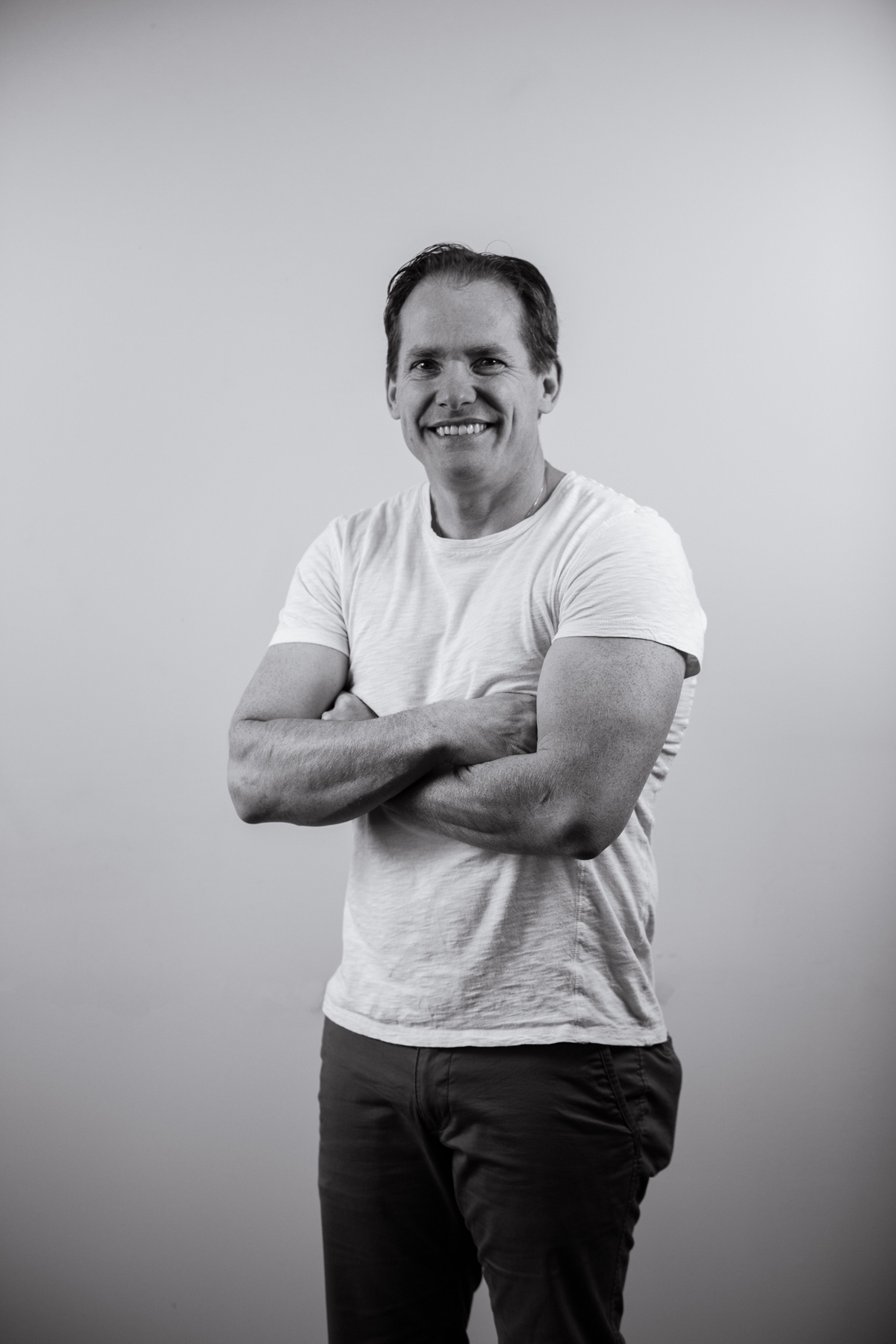 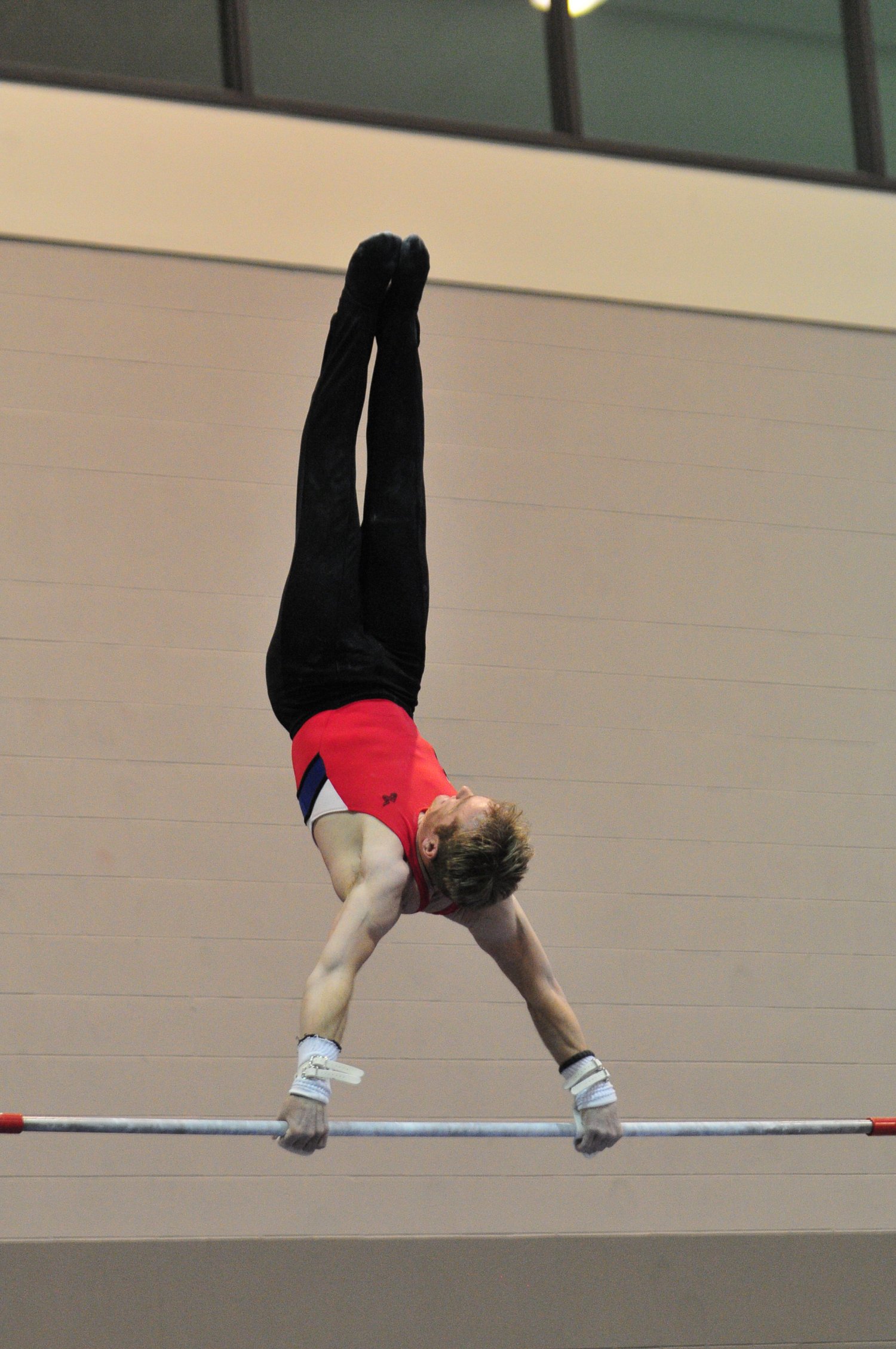 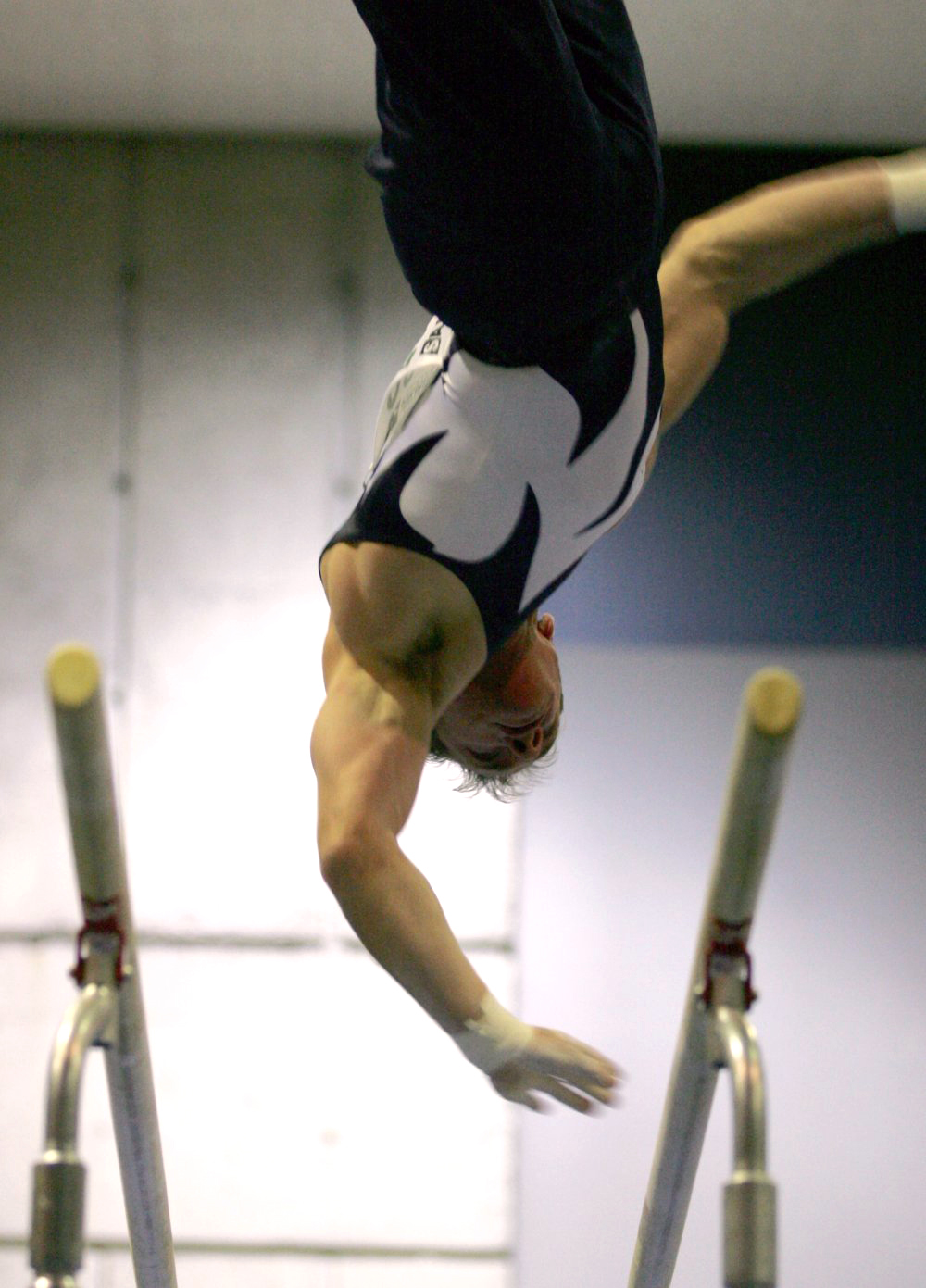 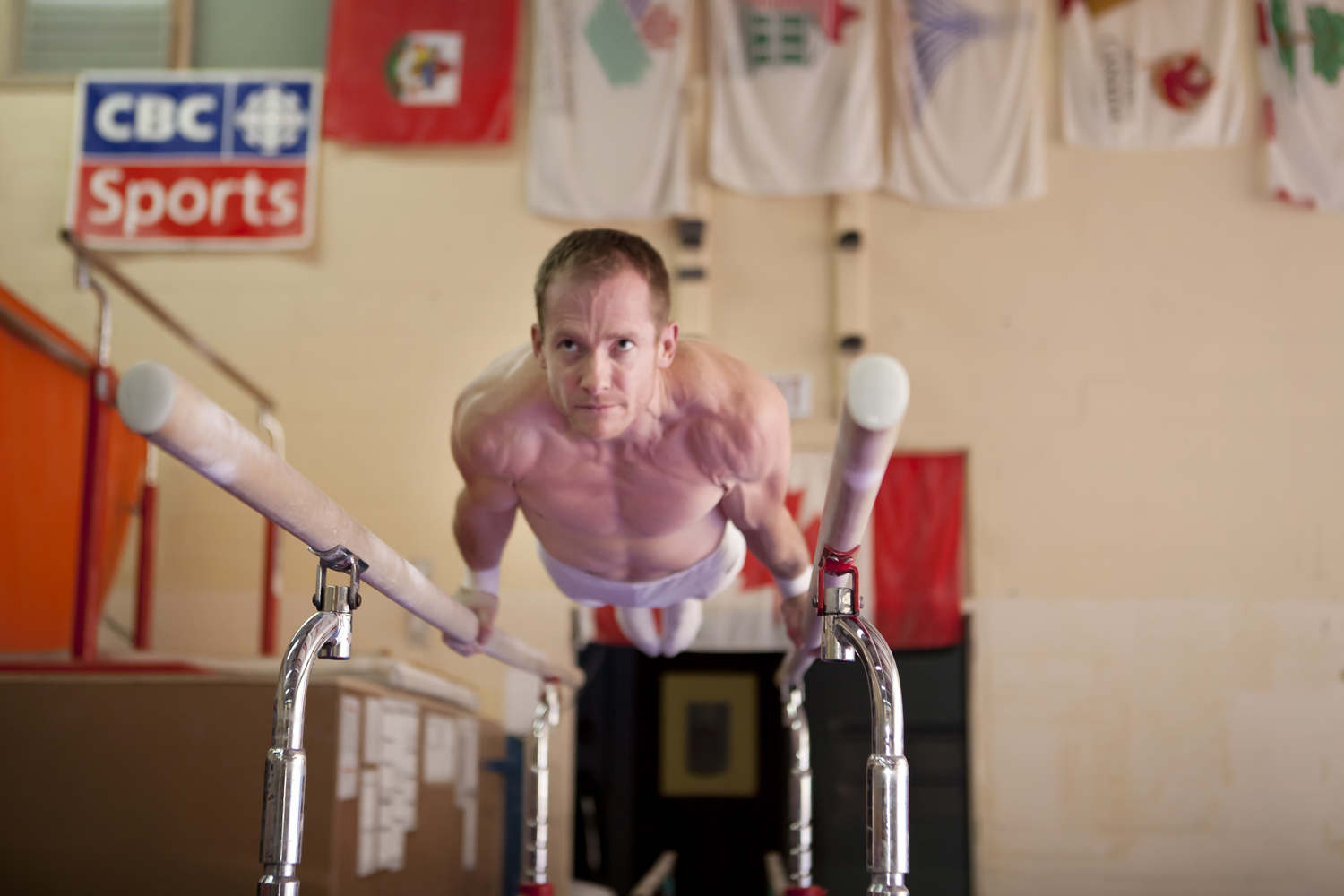