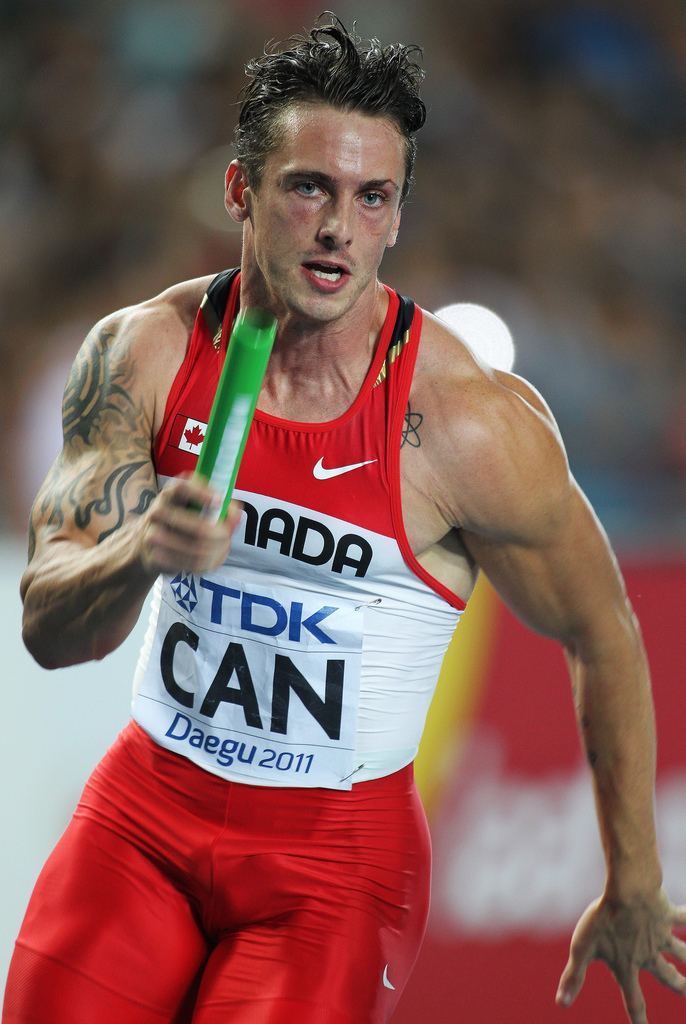 It is a pleasure and an honour today to be able to read the induction citation for Jared Connaughton.

I can honestly say that Jared is a once-in-a-lifetime athlete. The sort of kid that comes along with the kind of natural talent that just makes a coach go “wow.” You see them once, and immediately you think of the possibilities that MIGHT happen if the stars align – can they stay free of injury, will they be dedicated, work-hard, listen, do they have the right support system – in Jared’s case that turned out to be an almighty yes, and it is why we are here today celebrating his remarkable achievements, with induction into the PEI Sports Hall of Fame.

If we look back to the beginning, logic and reason should immediately tell you that the odds were going to be stacked against Jared. Track and field is hard, demanding and ruthless, and non-more so than the cutthroat world of top level sprinting, where lives and careers are made on the blink of an eye, and where every edge can be the difference between becoming a legend, or forgotten amongst the also rans. Is there a sport which has bigger egos, more alpha-males, bigger personalities – think of those great athletes of the past – Carl Lewis, Linford Christie, Donovan Bailey, more recently Usain Bolt – young Irish-Canadian kids from New Haven, PEI – WITH NO RUNNING TRACK – don’t inhabit that world. Fantasy stuff, not real life….

Jared’s early talent was clear from an early age. Born on 20 July 1985 to Neale and Susan, he came from a background with good athletic stock and he was encouraged to do as much as possible. He excelled in most things he tried at – hockey, basketball, soccer (he was very gifted early on) and of course, track and field.

What set Jared apart from the rest at that early age was his blinding speed. In 2000 he won silver medals at the 100m and 200m at the Legion National Track and Field Championships, a training ground event for Canada’s national team.

Now under the tutelage of another great Island athlete and Olympic gold medalist Dave MacEachern, Jared won medals at the Legion in 2001 and 2002, and also that year he set Provincial high school records of 10.69s in the 100m, and 21.7m in the 200m – times that would have won the high school sprints in almost every province in Canada. 2002 continued to be a magical year for Jared, also winning silver medals at the Canadian Junior Championships in Kitchener, Ontario

On graduating Bluefield, Jared’s life took a massive turn when he opted to attend the University of Texas at Arlington, one of the top track and field schools in the NCAA Division 1 Southland Conference. The jump from PEI high school track and field to NCAA Division 1 is massive, but Jared survived, and then flourished, emboldened by the outstanding training facilities and year-round training climate.

His four years at UTA saw him gain tremendous success, some of his most notable achievements being:

In addition, Jared won relay and individual medals at the prestigious Drake Relays, and the Texas Relays, both high profile NCAA meets. The relay skills that Jared developed at UTA would stand him in great stead for the remainder of his career.

In 2004 Jared qualified for the Canadian junior team to compete at the World Championships in Grosetto, Italy, his first national team experience, and the first time he wore the Canadian vest, something he would do with pride for the next 10 years.

Ask many casual sports fans in the Province what their first memory of Jared would be, and they would likely say the 2005 Canada Games in Regina. Jared had attended the Games four years earlier as a 16 year-old racing against young adults, but in 2005 he was there to show how far he had come. Two outstanding performances saw him win both the 100m and 200m, the first time an Island athlete had won two golds at a Canada Games. To do it in one of the marquee events – the track and field sprints – was even more special, and it showed to the rest of the country what an exceptional talent Jared was.

In 2008 Jared won the 200m at the Canadian Championships, setting a Championship record of 20.34. He was named to his first Canadian Olympic team for Beijing, becoming one of only a handful of Island athletes to compete at an Olympiad. He certainly didn’t disappoint, and on the world’s biggest stage he made the semi-final in the 200m, helping the relay team to a 6th place finish.

More national medals followed and further world championship appearances in 2009 and 2011, and in 2012 Jared qualified for his second Olympic Games, in London. Once again running both the 200m and the 4x100m relay, Jared became worldwide news in the way he handled the crushing disappointment of disqualification following a lane violation, after Canada had finished in 3rd place. Such a show of humility may have surprised the watching world, an athlete owning up to a mistake in a sport which at the highest level is all about bravado and swagger, but those who knew Jared best were not surprised at his honest and forthright acceptance of his mistake. At that moment, he did himself, his family, his province, and his country, proud.

Jared continued for two more years but despite still enjoying successes, injuries began to factor into the equation. In 2014, with new personal responsibilities and exciting opportunities to teach and coach the next generation, Jared announced his retirement.

The final haul of 19 national medals, two Olympic Games, three World Championships, two Commonwealth Games, Canadian records and competing against the very best in the world, in the most ferocious sport on the planet, tells its own story. PEI kids just don’t do that kind of thing, unless they are amazingly talented, and driven with a work ethic to succeed which is rarely, if ever, seen.

Athletes love legacies, they like to be remembered for something. In Jared’s case, it would be inspiration. He has shown every child from Prince Edward Island that wants to be a top athlete that they can do it – they can follow their dreams, and achieve the impossible.

It is my pleasure today to welcome Jared Connaughton to the Prince Edward Island Hall of Fame! 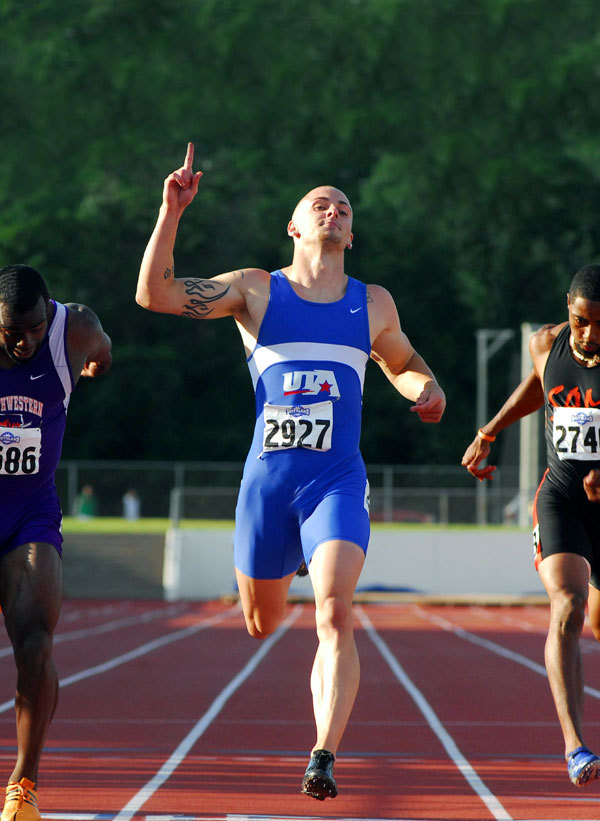 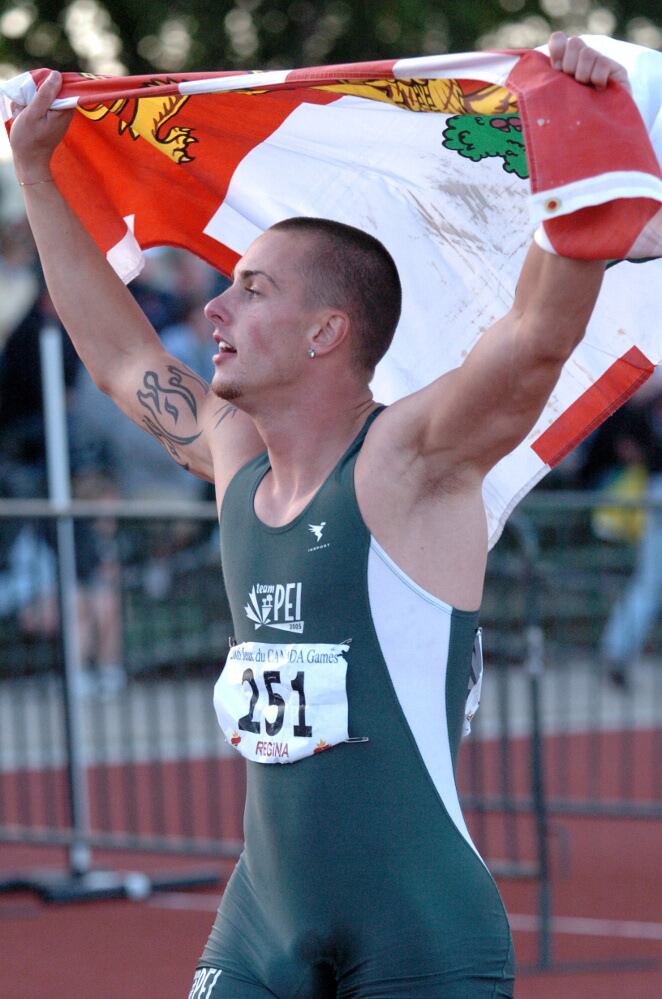