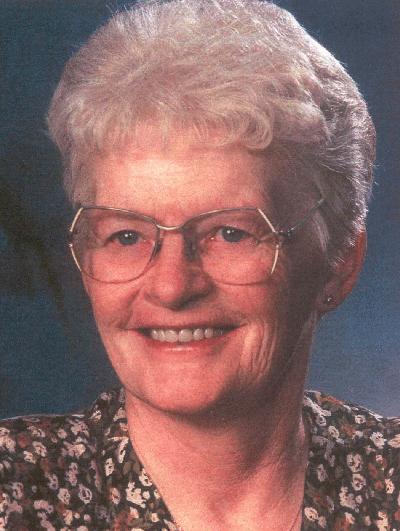 Born Maxine Claire Kellock on January 8, 1936 in Antigonish, N.S., Maxine was a driving force in the swimming community in Summerside and across Prince Edward Island . She was a well respected swimming coach, nationally rated official and a devoted volunteer to aquatics from 1972 until her passing in 1998.

Over the twenty-five plus years that she was associated with the swimming community, literally thousands of children and young adults benefited from her devotion and love of the sport. As coach of the Summerside swim team, she was best known as ” Max, the Den Mother of Swimming “.

Maxine’s interest in swimming began in 1972 by assuming the coach’s role with the Summerside Wahoo Swim Club and she continued with the team until 1979.

During her years with the amateur swim team, she also coached various Provincial teams. Maxine was coach of the team for the Division II Nationals in Montreal in two consecutive years, 1977 and 1978. With this, her swim team in Summerside grew to be the 4th largest in Canada with well over 200 swimmers up to eighteen years of age.

Maxine was also the first swim coach on PEI to achieve National Coaching Certification Level I, II and III and was the first to organize a swim program in eastern Canada that taught children as young as 6 months old to swim. These two ‘firsts’ engaged the swimming community of Summerside to the national swim scene.

Maxine was also a driving force behind the development of Masters swimming on Prince Edward Island which officially began in 1982. She coached at both the Centennial Pool in Summerside and the CFB Pool in Slemon Park and was also the provincial representative on the National Masters Swim Board in the 1980’s and into the 1990’s.

Her volunteer efforts and promotion in this area of adult swimming is still evident today as the club continues to grow . During her years with the Masters Program, she travelled to various National and World Championships and also competed at the 1994 World Championships in the Olympic Pool in Montreal.

Maxine’s love of aquatics spilled over into the officiating area as well. She was Meet Manager at several Provincial swim championships during the 1970’s; Master Official at the Canada Cup Swimming Championships in 1975 and also a Master
Official and Referee at the Canada Games in 1977.

Maxine Connors volunteered a lifetime of hours to aquatics in Summerside, the Atlantic provinces and across Canada . She was heavily involved in coaching many swimmers in their attempts at conquering the Northumberland Strait, the English
Channel and Manhattan Island.

Her dedication to aquatics was obvious as she was honoured with many awards and achievements during her life . Two awards which were most special to Maxine were :
– the 1994 ADL-Sport PEI Award in recognition for her oustanding contribution of time and effort given voluntarily to the development and promotion of swimming in Summerside
– in 1997, a special recognition award by Swimming Canada in reference to her being recognized for her oustanding contribution made to the sport.

She dedicated a huge part of her time to both adults and children in the Summerside area and her commitment and love of the sport of aquatics spilled over to the community at large. Her legacy is evident everyday through the Masters Swim Club in Summerside and the many who had been taught by Maxine to swim as children, continue to be active in the sport competitively and recreationally today.