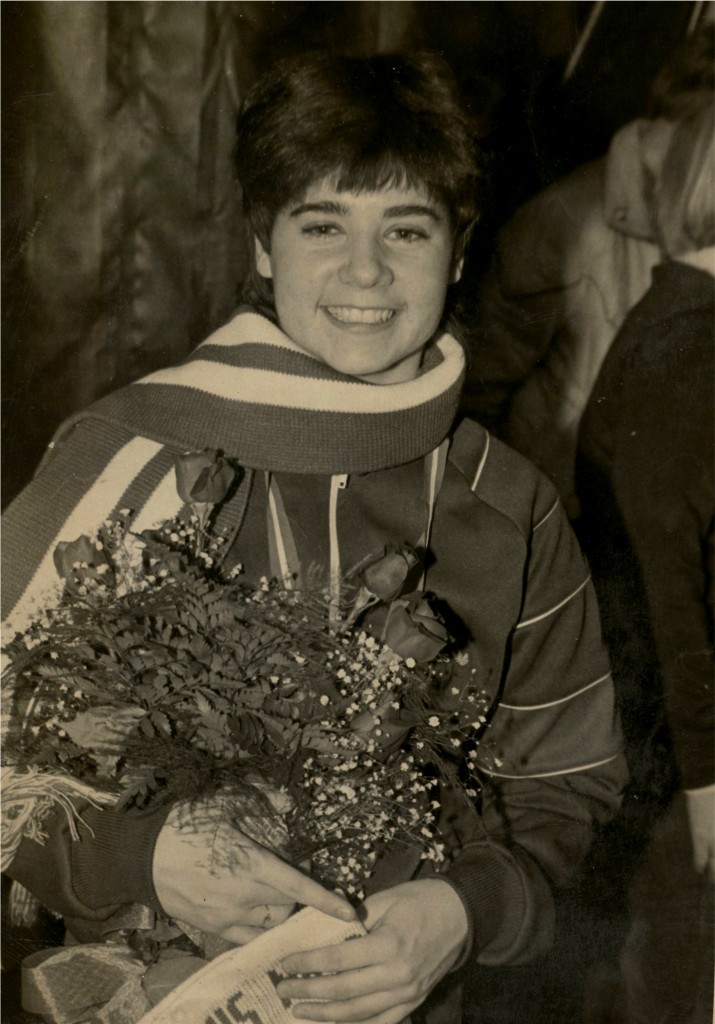 Some athletes have a Hall of Fame career that can span many years, even decades – others shine brightly for a brief moment, but leave a legacy that far outweighs the short time they may have been at the top.

One such athlete is our inductee this evening – one of the finest young female athletes this province has produced – Lisa Devine.

Every decade seems to throw up an Island athlete that seems to dominate their respective sport. Lately it has been Heather Moyse, before that Lorie Kane, but in the 1980s – especially the early part of the decade – that go-to athlete was Lisa Devine.

Lisa loved sport, and would try anything – baseball with the boys, field hockey, softball, basketball, and tennis, and it was her prowess with the racquet that impressed her coach Paul Nogler, one of the best in Eastern Canada. He told Lisa they were looking to put a racquetball team together for Canada Games – she gave it a go, enjoyed it, and that was it…she was hooked.

So in July 1978, at age 13, Lisa won her first racquetball tournament, the U15 West Royalty Junior Open Championship.

Fast forward a few short months and Lisa found herself on the 10 man racquetball team to compete at the 1979 Canada Games in Brandon, Manitoba. Against girls two years older and much more experienced, Lisa performed well, losing just two games to Ontario and Quebec, to bring home a bronze medal. It was a phenomenal achievement. Nancy White’s four medal performance may have dominated Island Games headlines in Brandon, but Lisa’s performance, in a sport in which nobody gave PEI a chance, was just as impressive.

Her determined attitude and drive – she never believed that coming from PEI was a disadvantage – saw her dominate over the next four years. In 1980, 15 year old Lisa won the Canadian U16 Junior title in Montreal, and she followed this up two years later with winning the U19 title in Kelowna, BC. In the region, whether playing junior or senior events, she was practically unbeatable, and the news reports of the day were littered with stories and photographs of Lisa’s success.

In a far cry from the Canada Games 4 years earlier, Lisa entered the 1983 Games as a great medal hope, and she didn’t disappoint, producing one of the most complete performances in PEI Canada Games history.

Lisa breezed through the field 9-0, winning 18 straight games including a 21-5 21-8 win over New Brunswick in the gold medal game, a totally dominating performance. In addition, she successfully defended her national junior title in Windsor,

Her achievements in this time saw Lisa win an incredible four Sport PEI Junior Female Athlete of the Year awards, and she was ranked top 10 in Canada despite just being 18 years old.

Heading west to crack the national team and improve her rankings, Lisa dominated tournaments in BC and Alberta, and earned a spot on the Canadian team for the World Games in Sacramento.

In 1985 Lisa went down to Memphis State University, one of the top racquetball schools in the country, and promptly won a national collegiate title. A third place at the Canadian Championships in Toronto in 1986 earned her a berth on the Canadian team, and in 1986 she helped Canada win team gold at the World Racquetball Games in Orlando, Florida.

In 1988, the curse of all athletes, injury, struck, and a torn rotator cuff derailed Lisa’s career. Attempted later comebacks were tried, but to no avail. However, nothing can take away the outstanding success Lisa Devine enjoyed in such a short space of time.

She was an outstanding all-round athlete, not just a top-class racquetball player, and she represented her province as an excellent ambassador, and her career is even more remarkable considering she had success against athletes who were often much older, and more experienced. Even top players in the men’s division would often hope they were not drawn against Lisa.

She always displayed a fierce determination, spirit and attitude, and this is reflected in her two Canada Games medals, three national championships, NCAA title, and appearance on the international stage.

As her former coach, it gives me great delight to say this evening – congratulations Lisa Devine, member of the PEI Sports Hall of Fame. 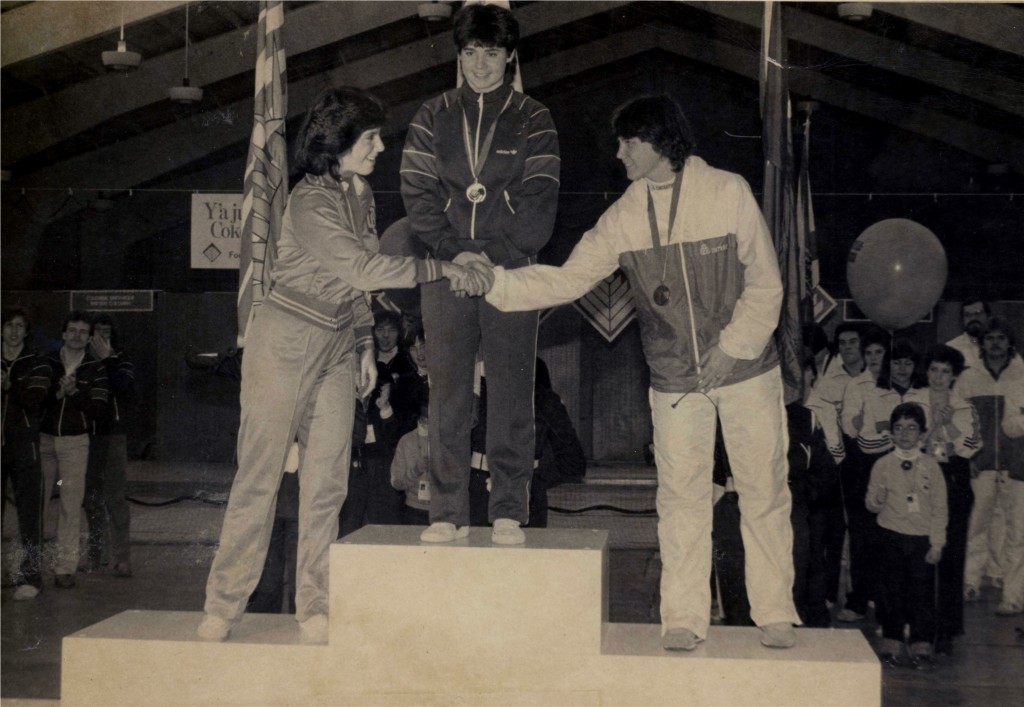