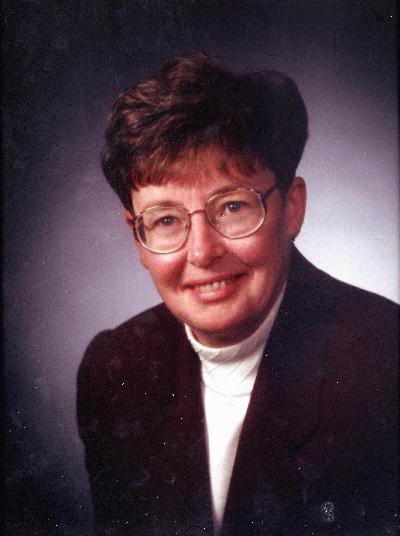 It is my absolute pleasure this evening to stand before you and read the induction citation for a lady who possesses all of the qualities that make a true Hall of Famer…..cool under pressure…sportsmanship……immense talent….passion, commitment, and a competitive nature that set her apart from many of her contemporaries, and which has seen her become one of the most successful curlers ever to come from Prince Edward Island.
Cathy fell in love with curling in the early 1960s while teaching in Calgary. Upon her return to Charlottetown, she joined the Charlottetown Curling Club, where not only did she meet her future husband, fellow Hall-of-Famer Bobby Dillon, but her game began to really improve.

Whether Bobby can take credit for Cathy’s progression as a curler only they will know – Bobby was by then an outstanding curler, eventually going on to play in seven Briers, either as a skip himself or with Art Burke, Doug Cameron or Allen Smith – but I have no doubt curling was a constant topic of conversation around the Dillon supper table.

It was in the 1970s that Cathy really began to enjoy outstanding curling success. Freely admitting that “she wasn’t much good as a skip,” Cathy found her niche in either the second or third hole, where her outstanding shot making and ability to judge weight were best suited.

She found the perfect foursome with Charlottetown club mate Marie Toole as skip, and with Pauline Johnstone as lead and Jenny Boomhower as mate, they formed a formidable quartet.

In 1970 they won their first provincial championship, going on to win again in 1971, 1972, and 1974. The 1974 victory resulted in a never-to-be forgotten performance at the Canadian Championships in Victoria, BC, where the team surprised the whole of Canada by finishing with a 7-2 record, good for outright second place – there were no play-offs then – and the nearest anybody has come from the Island to winning the big one, before Kathy O’Rourke got so close a couple of years ago.

In the early 1980s Cathy teamed up with another outstanding skip, Kim Dolan, and this time playing as a third alongside Cathy Gallant and Karen MacDonald, the team won provincial titles in 1983 and 1985. In total, her six provincial ladies titles, and a total of nine national appearances – Cathy was also a fifth on three other occasions – make her one of the most decorated Island curlers in the ladies game.

Cathy has also enjoyed great success as a mixed curler, and with Bob as skip, she joined up with John Fortier, Merrill Wigginton and Jean Court to win four provincial titles between 1972 and 1978. The disappointment of another national second-place in 1975 was tempered slightly by her being named an all-star third at the Canadian championships, an honour which was also bestowed upon her in 1978.

Although a success on the ice, Cathy’s contribution to curling has also been far reaching away from competition. She has always been involved in activities at the Charlottetown Club since she took on the role of chair of publicity in the mid-60s, and she was heavily involved in the provincial body of the ladies curling association throughout the 1970s and 80s.

Any major events coming to the province saw Cathy involved front and centre, and various organizing committees have always benefitted from her involvement and expertise. Her organization and attention to detail, allied to her relaxed and easy-going demeanour, make her the ideal committee person.

In coaching, and officiating too, Cathy has had a great involvement. She is a level 2 official, and she coached the Lori Robinson Rink to two provincial junior championships, as well as their appearance at the 1987 Canada Games.

Of course, it goes without saying that such a successful career will result in various forms of recognition, and Cathy’s induction tonight effectively completes the set. In 1995 she was named to the Canadian Curling Hall of Fame as an athlete and a builder, recognition of her achievements both on and off the ice. In 2007 she was among the first to be inducted into the PEI Curling Hall of Fame, and she has also been recognized with Honourary Life Memberships at both the Charlottetown Curling Club, and the PEI Curling Association.

Tonight, Cathy will join Bobby in the PEI Sports Hall of Fame, becoming only the second husband and wife partnership to receive induction, alongside that other great curling team of Dr Wen, and Elizabeth Macdonald. They would no doubt be delighted to be joined by such outstanding individuals as Cathy and Bobby.

To conclude, it is without doubt a proud night for all of Cathy’s family, friends and supporters, and it gives me great pleasure to be the first to say to Cathy Dillon – curler and builder extraordinaire – congratulations, and welcome to the PEI Sports Hall of Fame.

Thank you very much.