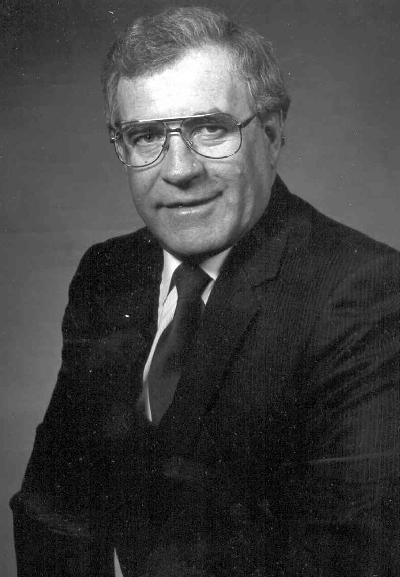 Born in Boston, Massachusetts, on May 4, 1926, Ivan James Doherty grew up in Charlottetown, in the neighborhood of Hensley Street, and revealed his future promotional genius even as a boy of ten. Young Ivan regularly produced and presented what became known as the “our gang” garage concerts and boxing matches every Saturday morning, charging two cents admission for boys, one cent for girls, or an equivalent value in apples, polliwogs or frogs. The legend of Ivan Doherty, sports builder extraordinaire, had begun.

Ivan’s budding hockey and boxing careers were cut short by World War Two, and he enlisted in the Royal Canadian Navy at age fifteen. Following wartime service, Doherty’s involvement with Col. Tom Rogers, Dr. Charles Duggan and Frank MacDonald, in seeking entry for an island team into the Maritime major hockey league, served to stimulate his promotional gifts. His association with the Charlottetown Islanders would span five seasons, becoming chair of the club’s famous “Booster Club.” In this capacity, Ivan would form “Big Four Productions,” whose ranks included Ambie Weatherbie, Loman MacAulay and Ken MacKenzie, to raise funds for the team.

In 1959, Ivan began his promotional work with the Charlottetown Midget Abbies JuniorHockey Club, who would go on to win the Island’s first Maritime Crown in thirty years. In that same year, Ivan would be elected Island Senior Hockey League president, and he quickly turned the league into the region’s smoothest organization. Named public relations officer of the Old Spain Penguins Junior Hockey Team in 1962, Ivan’s battle-cry of “Ottawa Valley of Bust” would lead the “Baby Birds” all the way to the Eastern Canadian Finals.

From 1963 to 1966, Doherty served as the first president of the Charlottetown Minor Hockey Association, a tenure marked by an amazing series of tournaments which hosted teams from all over eastern Canada. Appointed chairmen of the CMHA’s “Billy MacMillan Night [inducted 1985]” production, Ivan arranged for eastern Canada’s National Hockey Team to tackle a bolstered Saint Dunstan’s Saints squad.

A member of Charlottetown City Council from 1966 to 1977, Ivan would serve as city rink and recreation committee, which oversaw the upgrading of the forum. Eventually
appointed deputy mayor, he would participate in numerous speaking engagements, radio and tv appearances, often advocating an Island sports festival and the development of sports through promotion. The Island will not see his equal as sports builder, and it may be said that he truly “built better than he knew”. This is why Doherty was inducted into the PEI Sports Hall of Fame in 1995, and was a recipient of the Charlie Ryan Award in 1997.

Ivan Doherty wrote his memoirs in a book called A Lifetime Of Memories, which was published in 2004.