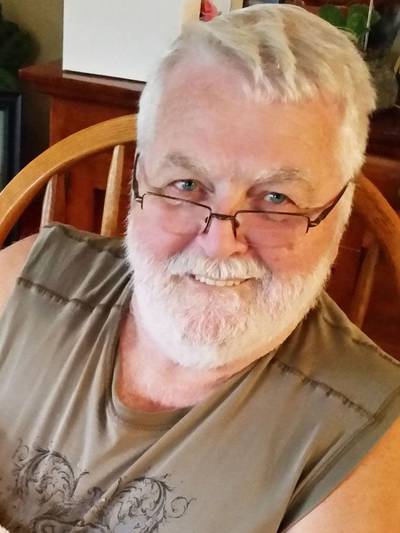 He was called Morell’s “Mr. Everything” acting as a player, coach, umpire and referee for over 45 years. His passing on September 21, 2017 after a battle with cancer at age 74 ended an era, but one that will never be forgotten.

Kenneth Francis “Trixie” Dunn was born in Morell on April 25, 1943 and put a lifetime into his community in sports and as a volunteer. He developed an intense love for sports at an early age. Raised by his parents, Frank and Eileen Dunn, he played all sports including hockey, baseball as a student at Morell Elementary and Morell High. He graduated in 1961 and enrolled at St. Dunstan’s University in Charlottetown where he played varsity football that fall. He went to work in Newfoundland and Nova Scotia for a few years but returned home in the late 60’s where he played for Morell and Scotchfort teams in the Eastern Kings Hockey League and the Morell Seniors in the Kings County Baseball League.

It was his role as a builder in sport that distinguished Ken Dunn in his community where he shared his love of sports in helping Morell area youth. In 1970, he established the Paturel/Trixie’s Cubs Midget baseball team that would dominate the Island and Maritimes for much of the decade.

The 1971 edition of the midget team won the Island championship and lost the deciding game in the Maritime finals. The Morell midgets also competed in the Kings County Senior League and made it to the finals before losing that playoff championship. Players on that team included Billy Connolly, Lorne Carmichael, Parker MacDonald and Jim “Humphrey” MacAdam – all of them all-stars and future stars.

Paturel, a local fish processor decided not to sponsor the team but Trixie took it on himself to buy new uniforms and keep the Cubs going. It also set a pattern of selfless devotion to sports and teams he managed in future years and repeated many times over again during his career.

In the 1980’s he turned his attention to senior baseball, first with the Morell Legionnaires in the Island Baseball League and later in the 90’s with the Morell Chevies in the Kings County Baseball League. He managed and coached three Chevies teams to league championships in 1991, 1993 and 1995. He was the founder of the KCBL and the only secretary-treasurer the league would ever know but he had to eventually step down due to health reasons.

With the demise of the Island Baseball League in the 80’s, Ken almost singlehandedly re-established senior baseball in eastern PEI as he fought overwhelming opposition in 1991 to form the Kings County Baseball League which has been in existence for over a quarter of a century and has provided a place for 150 local players to compete in senior baseball each summer. The league has grown in recent years into Charlottetown and Stratford as well as new teams in Kings County.

After the 1995 championship with the Chevies, Trixie returned to his love of coaching youth players. He directed Morell’s entry in the Island Midget and Youth Leagues from 1996 to 1999. They won provincial championships in 1998 and 1999 and hosted the Atlantic Championships in both years.

He was the driving force in 2000 with plans for junior team for Morell and helped get the league off the ground.

During his time he was at the helm for more than just one team. Over thirty years in coaching he ran the midget and junior teams in Morell in the 70’s. In the 80’s you could always find him in the dugout for both the village’s senior and youth teams.

Walter MacEwen, Baseball PEI Vice-President has stated, “Ken Dunn has made a difference. He has made baseball an important place for many, many young men and not so young enthusiasts. From the players he coached to the leagues that he coordinated, which allowed so many young men a place to play and enjoy an active life style through baseball. This extends to the hundreds of fans who watched these young players who came through the system he put in place over the years.”

He also was a softball umpire and charity tournament volunteer. Trixie was store manager for the Cardigan Liquor Store and a union rep as well as a director for the North Shore Funeral Coop. He was a charter member for the Morell Lion’s Club and served on several church organizations. Ken also was a volunteer member of the Co-Operative and Credit Unions in his community. He was named Morell’s Volunteer of the Year in 1978.

He was also involved in hockey. He was a pioneer of the Eastern Kings Hockey League, playing for Morell area teams in the 70’s.

He also coached Midget hockey teams in Morell from the early 70’s into the 80’s and officiated thousands of games at the senior, minor and recreational levels at the Morell Rink. In the mid 80’s Morell had a highly competitive recreational hockey league but older and less skilled players could not compete. That led Ken to find a place for them to play. The Morell Participation Hockey League or “Trixie’s League” was formed. He served as league president for ten years and even played and officiated in the rec league.

He also served on the board for the Prince Edward Island Hockey Association (now Hockey PEI) and Baseball PEI. The Charlottetown Regal Oilers honoured him for his baseball contributions in 1985.

Ken was also honoured as a special guest at the Morell Sportsman’s Dinner held each July. He joined a list of guests that has included Bobby Orr, Maurice Richard, Don Cherry, Jacques Plante and Danny Gallivan along with local hockey hero Alan MacAdam.

MacAdam, an NHL star in the 70’s and 80’s had this to say about Ken Dunn, “Trixie is synonymous with baseball in Morell, Kings County and PEI for over 46 years. His unselfishness, passion and longevity for and in the game at both the minor league level and the Kings County Baseball League has been unmatched.”

He was a family man as well as community leader. He and his wife Sharon raised nine children – Patricia, Greg, Tracey, Steve (Lefty), Jennifer, Chris, Rosanne, D.J. and John. Each of them was coached by their father in baseball or softball. All five of his sons played in the Kings County Baseball League and the Morell Trixie’s Rec Hockey League. On March 12, 2016 the entire Dunn family was on hand for Tribute Night for Trixie at Morell Consolidated School. An overflow crowd was on hand to pay tribute to the man, many who had played for him in baseball and hockey. The Ken “Trixie” Dunn Award was unveiled during the night to be presented in the future to individuals who have made an outstanding contribution to the building of baseball on PEI. Randy Byrne, Executive Director of Baseball PEI presented him with the inaugural award.

His passing ended an era but one that will forever be left with a blueprint he helped create to keep sports alive and well in the community by nurturing young athletes and helping develop their skills. Without his many efforts there would have not been a place for them to play.

He was a true builder in sport in his community and beyond.

And now we are proud to say, a member of the PEI Sports Hall of Fame. 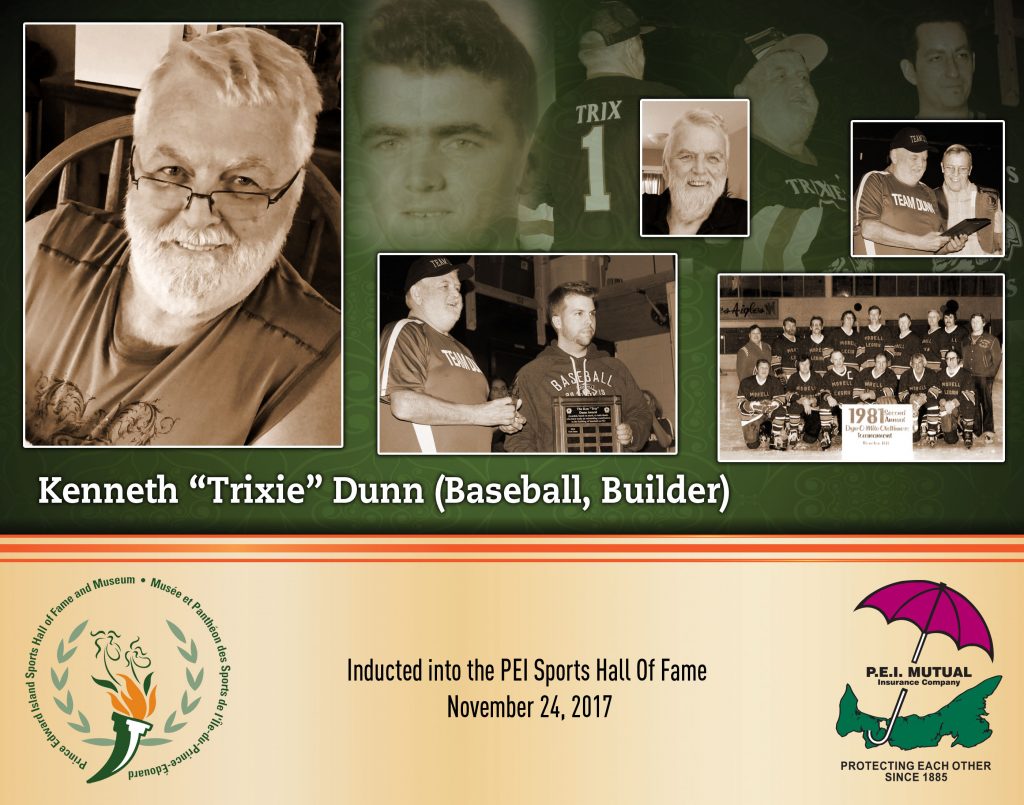 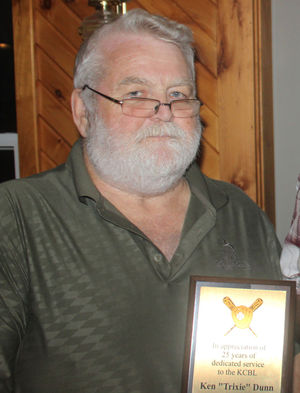