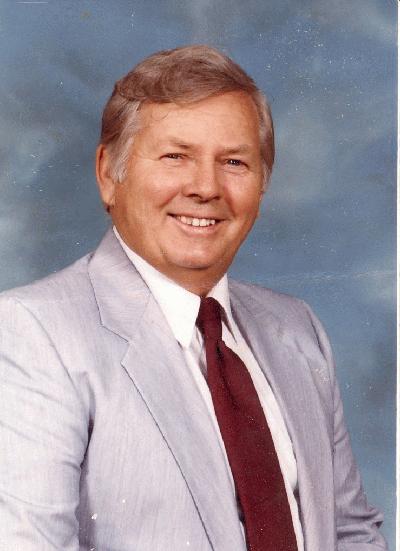 Ladies and gentlemen, members of the Hall of Fame,
I am very honoured this evening to be standing up here to induct one of the finest people I have ever known – my very good friend, Sandy Frizzell.
Sandy was a man who loved hockey, but more than that, he loved people – and more importantly, people loved him….

Witness the fact that when an appreciation night was held for him back in 1982 after giving 25 years of his life to hockey, more than 300 people showed up to show their appreciation, and more importantly, to say thanks……

Because being part of Sandy’s Royals made you feel special, whether you were a young tyke hoping to make a name for yourself and play in the bigs, like Errol Thompson managed to do, or an old feller, like myself, who went on to enjoy the best hockey years of my life, playing oldtimers throughout Canada, and even further afield, feeling like a kid again, having the time of our lives……

As many know, Sandy made it big in construction, and it was this that allowed him to indulge himself in his greatest passion, hockey, although I am sure those that knew him best would agree that he spent a many a fine night, and no doubt, a few dollars, in this very establishment where we are now celebrating his achievements….

The 60s and the 70s were great times to be part of Sandy’s Royals, as any of his former players will tell you. The hockey was fast, exciting, and the rivalries, both within the province and outside, drew great crowds who thrilled to see the Island’s top players.

A young Jamie Kennedy suited up before doing so well on the pro-circuit, and the names that the Royals had on their roster over the years make a great who’s who of Island hockey – Frank Roper, Ralph “Farmer’ Josey, Skip Carver, Gordie Whitlock, Alfie Flanagan, Kevin Smith, Dick Carroll, and many, many others, too many to name, but many, I am sure, who are here tonight.

Sandy made sure the players never wanted for anything – it was just like being in the big leagues, with first-class travel, the best equipment, and all the details taken care of. All the players had to do was show up for practice and games.

However, there is one name that will forever be associated with the Royals, and that is my friend and Hall of Fame member Angie Carroll, who Sandy approached first to play, and then coach, his Royals teams. Angie loved Sandy, and he was his right-hand man throughout the good times. I know for a fact Angie would just be delighted to see Sandy being inducted this evening.

The team did well on the ice – four Maritime Championships in the 60s, and a revival in senior and intermediate hockey that had not been seen for some time. It was exciting, and there were good times. Sandy’s favourite game, and one he would recall often, was when the Royals squared off against Baintree, who were the US hopes for the 1968 Olympics. In a wild free-for-all first game the Royals lost 14-8 (who was in goal that night nobody quite remembers…..) but the return saw a different Royals, and they won the game 4-3, a game I know Jamie Kennedy remembers very well….
Like many good things, sometimes they end too soon, and even though the Royals were still a popular draw, good quality, senior hockey was beginning to die in the mid-1970s.

Rather than call it quits, however, Sandy turned his attention to another area of the sport, and Oldtimers hockey was born on the Island.

And what fun we had. In 1975 Sandy sponsored a team to take part in the first Canadian National Oldtimers Tournament in Peterborough, Ontario, and there followed trips to such exotic places as Zurich, Copenhagen, and Amsterdam, as well as across Canada and North America. I know I can speak for every one of us when I say we never had so much fun as when we played Oldtimers Hockey for Sandy Frizzell. He made us feel like superstars.

All of us who played for Sandy have our own stories, and many were shared on a magical night back in 1982 when a crowd similar to this tonight showed up to say a special thank-you to Sandy at the Basilica Rec Centre. I believe Paul H was the emcee that evening, and a great night was had by all. By the end of the evening we had raised enough money to send both Sandy and Marjorie on a two-week vacation to Florida, it was the least we could do, after all he had given us.

Of course, Sandy was taken from us far too soon, but I know he would have been delighted with the headlines on his obituary, that simply referred to him as “Mr Senior Hockey”. To many of us, that is exactly who he was.
To Marjorie, and Susan and Dianne, and all the Frizzell family, thank-you for giving me the opportunity tonight to say a few words, and to induct a man who I hold in the highest regard.

The Hall of Fame was built for people like Sandy Frizzell – it is an honour, and a privilege, to see him inducted tonight.