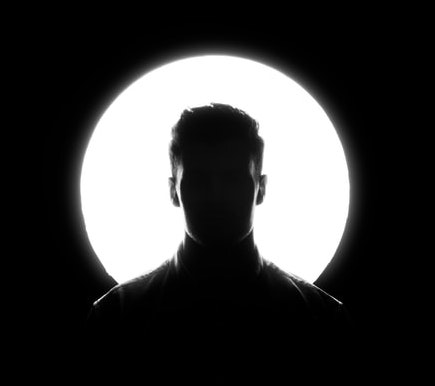 He was a stocky five foot six inch “Ball of Fire” who was that rare sports competitor – the natural athlete.  George “Chick” Gallant was born in Mont Carmel, P.E.I., on August 10, 1908. He came to Summerside in 1918 and would give to that Island town its last hometown superstar in the hockey wars with larger centers such as Charlottetown, Moncton, Saint John and Amherst.  Island Hockey has rarely been witness to a more charismatic performer than Chick.

Beginning his career at the age of 17 with the 1926 Summerside Crystals, Chick’s magic was evident by the 1927 season, during which he scored in all but one of the final playoff games against the league champion Abbies.  From 1928 to 1931, the evenly matched Crystals and Abbies provided a scintillating “nip and tuck” style of hockey.

The 1928 season saw Chick emerge as the Island League’s leading scorer, as the Crystals went on to play-off action against Oxford and Saint John.  During the 1929 season, Chick’s steady but electrifying style of play counted for 12 goals and 2 assists, and second place in the league scoring race.  These were the years of the ten-game season, and despite his 1930 Crystals’ team managing only four wins and a tie, Chick Gallant, who could score from any angle, won yet another scoring title with 14 goals and an assist.

That fateful year, 1931, began on an optimistic note for the Charlottetown Abbies, as they began play on their new artificial ice rink, The Forum.  However as the season progressed, tensions developed and tempers flared, resulting in some temporary suspensions.  Despite this, Chick Gallant, who rarely received a penalty and more often than not was on the ice the full sixty minutes, continued his exceptional play.

Gallant’s 1931 season produced yet another scoring championship with 15 goals in the ten-game season. The controversial final game for the Island Championship had to be moved to Moncton, where Chick Gallant’s two goals gave Summerside Crystals a 5-2 victory and the title.  This marked the end of a dynamic era in Island Hockey, as the arch-rival Charlottetown Abbies joined centers in New Brunswick to form the Big Six – a stronger league stocked with imported hockey players.  Summerside made its move to the smaller Central New Brunswick League, incorporating Amherst, Sussex and Moncton.

Although Chick spent almost his entire hockey career in Summerside, he did play a few games with other teams.  One of the most memorable of these took place in 1928 with the Halifax Wolverines, when the team hosted an exhibition game against the Montreal Victorias, finalists for that year’s Allen Cup who were on their way to the Olympics.  Halifax lost 3-1, but as the scorer of that single goal, Chick was the home crowd’s hero, much lauded in the Halifax media for having prevented a shutout.

The Summerside-Charlottetown rivalry was to be briefly revived in March of 1932, when the Crystals traveled to the Forum for a friendly exhibition series.  Although they lost to the new Abbies team 6-2, the most brilliant goal of the game was Chick’s.  Decking one defenseman and poking the puck through the legs of the other, Chick Gallant would score one of those picture goals which remain one of sport’s timeless art forms.  Playing on the best known hockey lines in Island sporting hockey, right winger to Jack Schurman’s [inducted 1983] centre and Ralph Silliphant’s left wing, George “Chick” Gallant’s remarkable career reminds us of that basic quality every Sports Hall of Famer displays: native talent and the desire to win.  That such gifts could emerge from an era when formal training was unknown, and opportunities were fewer than today, explains much of the uniqueness behind the sports legend of “Chick” Gallant.  Upon his passing in February 1970, the editor of the Summerside Journal-Pioneer commented in his editorial that Gallant will “probably be the last Summerside athlete to be idolized.”

George Edmond “Chick” Gallant was posthumously inducted into the Prince Edward Island Sports Hall of Fame on May 31, 1981.

File Contains: Copy of citation read out on the evening; additional citation