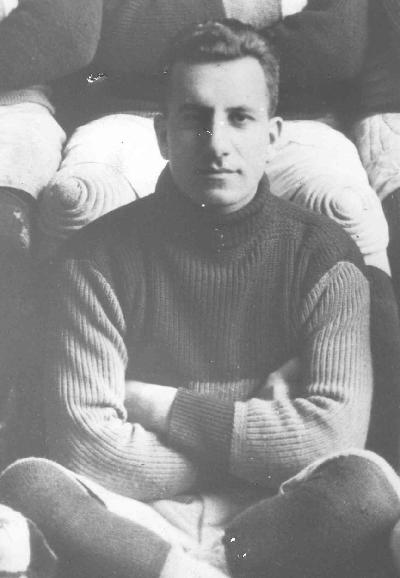 Born Jan 31, 1900, in Brae, near O’Leary, the late George “Shonna” Francis not only excelled at baseball, as perhaps the finest catcher this Province has ever known, but also engaged in many other sports such as hockey, basketball, track and field, bowling, cycling and rugby.

“Shonna” was captain of the Anchors Championship Baseball Team in the Charlottetown City League in 1925, with the Madisons Baseball team in 1923, and the Abegweit Baseball Team from 1923 through 1932. He turned to umpiring in 1933, and continued to serve in that capacity through 1950. During that same period, he was Chairman of many sports committees.

Mr. Francis was a member of the Maritime Track and Field teams out of Charlottetown from 1921 through 1924, and a powerful and outstanding performer with the Abegweit Rugby Teams of 1923, 1924 and 1925. He engaged in many games at home and throughout the Maritimes, against such teams as Dalhousie University, Mount Allison University, Acadia University, the Halifax Wanderers and the Saint John Trojans.

In cycling, he took part in many local and Maritime meets in the quarter, half and one mile bicycle sprints, and also drove in several road races ranging from 10 to 45 miles, including the Windsor-Halifax Annual Bicycle road race. He was, in addition, an outstanding bowler, winning numerous trophies as a member of several talented teams.

George was well-known for the effort he poured into every game he played, not just when performing in his beloved sport of baseball, but in all sporting events. It is due to this determination that he is credited with raising the level of sport of all kinds in the 1920s. His nickname “Shonna” is rather appropriately a reference to an outstanding National League ball player of the period.

After his days as an athlete were over, George continued his involvement in local sports. He was a prominent figure at Victoria Park’s Memorial Field, and headed Charlottetown’s minor baseball league program in the 1962-63 season. He was also an important member of the Abegweit Amateur Athletic Association, serving as its president and chairman of various committees.

George Francis maintained his interest in sports up until the time of his death on November 30th, 1968. He was posthumously inducted into the Prince Edward Island Sports Hall of Fame in 1975.