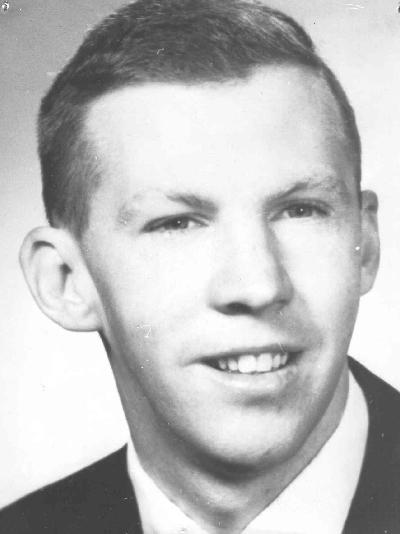 “It’s not the pole that makes the difference, it’s the man.” -Alf Groom
Born in Summerside on August 11, 1936, the young Alfred received his primary education in his hometown, before receiving his secondary education at Rothesay Collegiate Military School in New Brunswick. It was there he showed his first athletic promise as he graduated as top athlete in the school, showing all-round capabilities in hockey, football, and track. His preference though was for the pole vault, and during his time at Rothesay he set the Maritime Schoolboys record.

Alfred would initially get the idea of pole vaulting from his father, an excellent Island vaulter of the previous generation, although later Alf remarked that it was more coincidence, rather than influence, that pushed him towards the sport. Concerned about the boy’s safety in using his rickety bamboo pole, Alfred’s father Vaughn relates the story of how he managed to make a bonfire of the old pole. It didn’t daunt Alfred. He took up the sport seriously while at Rothesay, and shortly after his pole vault victory at the 1956 CNE athletic scholarships, he attended Boston University (where he was coached by Doug Raymond) and the University of Nebraska (where Frank Savine was his coach).

Alf would eventually go on to hold the Canadian Pole Vaulting Championship for four years, and break the existing Canadian record twice, the last time being in August 1962 with a 14′ 3 3/4″ vault.

Alf won the Canadian Olympic trials of 1960, which were held at Saskatoon, Sask. He would also win the British Empire and Commonwealth Games trials twice, and he represented Canada in the Empire Games of 1962, held in Perth, Australia, where he finished 7th. In his career, Alf represented Canada throughout the world. In this most personal of sports Alfred consistently exemplified the quiet courage and determination of the champion. For him, it not the public glories that the athlete might win that matters, but rather the victory within themselves.

On his retirement from sport Alf became an admired and respected citizen, particularly in the field of tourism, and as an entrepreneur in his native Summerside. A proud Islander, it was fitting that Alfred Groom was one of the first inductees into the PEI Sports Hall of Fame on its inception in 1968.