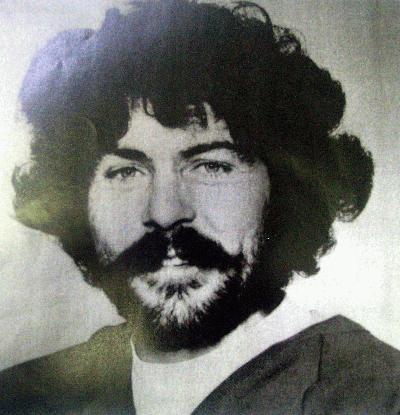 Alf was born on December 27, 1949 at the Western Hospital in Alberton. However, he was, and still is, 100% Tignish through and through.

He came from a big family, and like many young men at the time, he learned to skate on patches of ice on fields, or ponds. He started playing hockey in 1963 at Bantam, when there was just an outdoor rink, and coach and Hall Of Famer Gerald Keough recalls that when he started, he was almost “skating on his ankles.”

The building of the indoor rink in 1965 saw Alf improve greatly, as he played midget on a regular basis. Tignish began winning championships, and Alfie, playing both forward and defence, was the big reason. He could skate, he could shoot, and he was getting tough.

Then, at 17, when a promising junior career beckoned, Alf put hockey to one side to go and find work in Ontario. This was typical of Alf – putting first the needs of the family.

However, his skills did not desert him, and on his return in 1970 he played first for the Tignish Aces and then the O’Leary Maroons. In 1972 he joined Sandy’s Royals from Charlottetown in the New Brunswick Senior League. The Saint John Mooseheads won the both the League and the Maritime title that year, but Alf had impressed them in the league, and they made him a pick-up as they went to challenge for the Hardy Cup in Rosetown, Saskatchewan. Right-winger Alf played a big part as the Mooseheads began national championships.

His all-action, no-nonsense play was attracting the attention of scouts in the region, and another Hall Of Famer, Jack “Spy” Ready, suggested that in 1973 he attend the Toronto Maple Leafs training camp.

He went to training camp, and he made an immediate impression. In two exhibition games Alf had five good fights, winning each one and showing the Maple Leafs management that he knew how to handle himself. Alf admitted at the time he had no idea what to expect at camp – he just went up there hoping to land a job somewhere, and that is what happened – in 1973 he became a professional, as the Leafs sent him to the farm, and the Tulsa Ice Oilers in Oklahoma of the Central Hockey League.

And what an impression Alf made on the rest of the League. The 24 year old Alf amassed a record 238 penalty minutes including 22 fighting majors – the fans christened him “Little Alfie” on account of his 175 pound, 5 foot 9 frame. As well as his aggressive style, he showed that he could play – 22 goals and 39 assists earned him the runner-up for the League’s Rookie of the Year, while he also won the award for being the fans favourite player.

He was not so popular on the road, where visiting fans would hurl insults and throw things – including a garbage can one time – as Alf would display the victory salute after winning a fight against the local favourite. In Omaha they even needed to erect a special steel wall when they knew Alf was coming to town to keep the fans away from the players. Extra police were often called in when Alfie’s teams were the visitors.

His aggressive play certainly helped his numbers, and as he progressed through the League he would always get his fair share of goals and assists, and of course, his minutes in the penalty box. In 1974 he played with Oklahoma, and in 1975 he finished the season with the Fort Worth Texans of the New York Islanders organization, where again he was a fan favourite.

Despite his good numbers, and possessing a style of play that the big clubs were crying out for, Alf never got the call to play in the NHL, a decision which surprises those that played with him. In 1977 he moved to the American League and the Philadelphia Firebirds, before closing his pro career in 1978 in Cincinnati of the World Hockey Association.

By today’s standards Alf’s career was short, just five years. However, he has always understood that there is more to life, and he has enjoyed a great career with the Oklahoma Gas and Electric Company, where he has served more than 25 years. He has a wonderful family, including four grandchildren, and he will always have the love of people of Tignish, and that is evident by the number of people here tonight.

There may be hockey players in the Hall Of Fame who have put up bigger numbers and had longer careers. If he had played junior hockey, who knows where Alf would have ended up. However, the Alf Handrahan story is one of a local boy who made good, and one thing is for sure, there is no more popular figure in the Hall of Fame than “Little Alfie.”