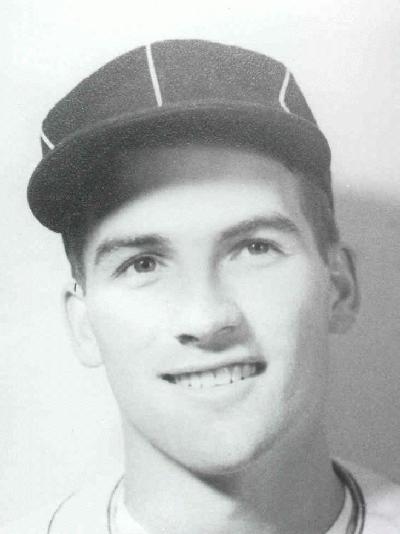 He was that rare individual who best defines a Hall of Fame athlete – a fierce competitor, to be sure, and yet a man fully alive, and a truly compassionate and understanding human being.

Born November 23, 1931, Lorne Melvin Hennessey, like most young men of his era, divided his time between winter and summer seasons by competing in baseball and hockey.  It was in hockey, however, as a player and a coach, that Lorne was primarily recognized.  It was common, in the late 1940’s, for hockey players to develop their talents by playing for various club teams on ponds and outdoor arenas which flourished during this time.  Minor hockey, as we know it today, did not commence until the early 1950s, when the late Brigadier W. W. “Bill” Reid [inducted 1985] founded the present-day minor hockey system.

Son of Lawrence Hennessey and Katherine Costello, Lornie Hennessy was educated at Queens Square School, Charlottetown, where he played successfully for the school teams from 1945 through 1947.  In the ’47 season, he made the jump to the Charlottetown Midget Abbies, who were coached by the father-son team of Chick and Paul Williams.  Small in stature, but speedy on the ice, Lorne would play a significant role in the Abbies’ Maritime Championship game over Glace Bay, scoring two goals and four assists.

In the spring of 1949, Lorne attended a hockey school sponsored by the Toronto Maple Leafs, and from that school was invited to join the Halifax Saint Mary’s Club in the 1949-50 season.  Other members of that Maritime Junior Championship team were Orin Carver, Kenny Flynn, Doug MacPhee and John Brophy, who would achieve outstanding hockey careers in their own right.

The 1950-51 St. Mary’s Juniors would win their seventh straight Maritime Crown, defeating the Trenton Scotians 10-7, with Lornie netting three goals.  As captain of the 1951-52 St. Mary’s Juniros, Lorne would be selected to the first All-Star team at left wing, leading the junior squad to the Eastern quarter-finals of the Memorial Cup.

Hennessey would move up to the semi-pro United States Eastern Hockey League in the 1952-53 season, playing for the Uncle Sam’s Trojans of Troy, New York.  Among his teammates at Troy was Vic Howe, brother of NHL legend Gordie Howe.

Turning professional with the Charlottetown Islanders of the Big Four in 1953-54, Lorne was assigned to the Moncton Flyers of the NBSHL for the remainder of the season before returning to the Islanders.  A finalist in league Rookie of the Year voting, Lorne’s teammates included Orin Carver [inducted 2009], Wes “Bucko” Trainor [inducted 1983] and Roy “Buck” Whitlock [inducted 1977].

Following the folding of the Charlottetown Islanders, Lorne Hennessey moved to the Moncton Hawks of the Atlantic Coast Senior Hockey League during the 1955-56 season.  The next year, Lorne assumed player-coach duties with the Summerside Aces, senior champions that year, as well as acting as director of minor hockey for the town.  In March 1957, Hennessey was honoured by the town of Summerside with a “Lorne Hennessey Night.”

Among his other hockey triumphs, Lorne was instrumental in organizing the re-establishment of the Island Senior Hockey League for the 1959-60 season.  Coach of the Perfection (later the Old Spain) Penguins, Lorne had to discontinue his coaching duties due to the first occurrence of his tragic illness.  In 1964-65, Lorne returned to hockey, coaching the Charlottetown Midgets to a Maritime Championship.

In baseball Lornie was a slick-fielding second basemen, and would become known for a strong bat as well.  The highlight of his baseball career would come with the Maritime Central Airways team of 1953, successors to the perennial champion Summerside squad, which was crowned the Island Intermediate baseball champ.

The name Hennessey is synonymous with harness racing on Prince Edward Island, and Lorne obtained his own U.S.T.A. driver’s licence at age eighteen.  Driving the training of such horses as He Lad, Mai Kai, Lana Kai and Mala Kai, Mr. Jollscott, Rush Hal, Runaway Chief, My Darling, Sister Dawn, Avalon Worthy and especially his brother Maurice’s horse, Scottish Image, Lorne Hennessey never missed a chance to visit the barns or attend the races, despite his long and painful illness.  Sadly, it was this vicious illness that resulted in Lorne’s passing on March 26, 1976.

A technically brilliant coach, it was Lorne Hennessey’s own personal courage in the face of adversity that forever stamped itself on the athletes who came under his tutelage.  Humble in victory and gracious in defeat, he led all his teams by example, not by hollow words.  The induction of Lorne Melvin Hennessey into the PEI Sports Hall of Fame brings a singular honour not only to himself and his family, but to the sporting legacy of this province.