The PEI Sports Hall of Fame has announced its next three inductees, who will all take their place in the Island sports shrine at a dinner at Credit Union Place on Friday July 8.
George Matthews, Scott Chandler and Art Sullivan, who have all contributed to sport in different and unique ways, will become the latest inductees to the Hall, which recognizes athletes, builders and teams who have brought sporting pride to Prince Edward Island.
George Matthews is the unmistakable voice of the Charlottetown Islanders, and listeners who cannot attend the games know that by tuning in to the broadcasts, they are transported to the rink as George’s outstanding play-by-play calling brings the game right to their living rooms.
Growing up in O’Leary and Summerside, George always had the desire to be a broadcaster, but with few options he honed his craft on the local scene, covering up to 60-70 games per year over 20-plus seasons.
Matthews got his big break when great friend Doug MacLean asked him to be the broadcaster for the fledgling NHL Columbus Blue Jackets, and despite a lack of professional experience, George quickly won over the listeners with his passion, professionalism, and unique style. He went on to cover more than 1000 games for the Blue Jackets in 13 seasons, before coming back to PEI, where he has been the voice of the Islanders for the past 8 seasons. He has become one of the most respected and recognized voices in hockey, at any level. 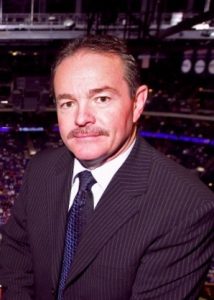 Charlottetown’s Scott Chandler is the first gymnast to enter the Hall of Fame, and it comes following a glittering career which saw him compete at the highest levels both nationally and internationally.
Under the tutelage of Jim Rand at the Island Gymnastics Academy, Chandler qualified for national age group teams every year from 1987 to 1994, winning four national titles in that duration and attending numerous training camps. He was also a gold medal winner at the 1991 World Small Island Games, and that same year he was the first ever winner of the Roland Michener Award at the Canada Games, after injury forced him out of three event finals.
Driven by an incredible work ethic, he was the first to introduce a number of new skills to Canadian gymnastics, and even after a 10 year hiatus from the sport, he came back to perform at the highest levels, becoming at the age of 40 the oldest man ever to compete at the National Championships. 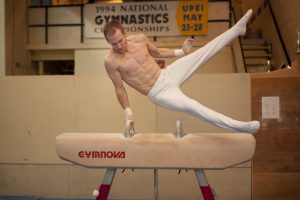 Community builders are the heart of what drives the PEI Sports Hall of Fame, and Arthur “Art” Sullivan is one who brings great pride to the baseball community of King’s County.
Despite passing away at the age of 60 back in 1969, Sullivan’s legacy remains to this day.
Developing a love of baseball from an early age, but being denied the opportunity to play because of the lack of any organized sport, Sullivan’s dream and vision of developing a baseball diamond, and sustainable program for the community, was realized with the building of Sullivan Field in Montague. His engaging personality and unwavering commitment saw the project become a real community effort, and within no time children throughout the town and neighbouring communities were flocking to use the field.
Art’s drive saw the sport grow in the Town, and slowly it became a hot-bed of local talent, winning provincial titles and even advancing to the Junior National Championship in Carmen, Manitoba, in 1970.
From small roots great things can grow, and it was Sullivan’s initial vision and dedication to his community with his own “Field of Dreams,” which has left such a lasting legacy. 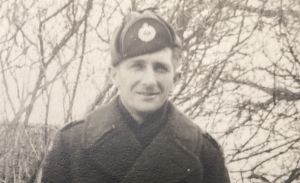 The induction ceremony, which is sponsored by the PEI Mutual Insurance Company, will take place with a dinner reception on Friday July 8, at 6pm. Tickets for the event, priced $25, are available by contacting Nick Murray at njmurray100@gmail.com or 902-393-5474.