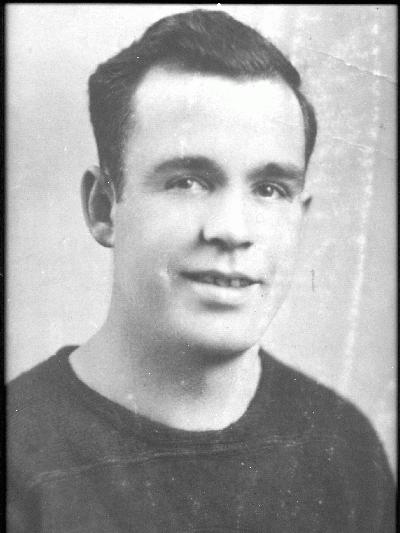 Whenever conversation amongst Island hockey lovers who remember the “good old days” turns to the great Abegweit teams of the 1930s, one of the first names that will be mentioned with awe is that of John “Jack” Hurry Kane. For just four short seasons he thrilled the Charlottetown fans on a team that boasted some of the greats in Island hockey lore, delighting the faithful at the new Forum with his amazing swerves and stick-handling ability.

Born in Montreal in 1907, Jackie originally made his name with the Hamilton Tigers of the Ontario Hockey Association, quickly gaining a reputation as a fast centre or winger with tremendous passing ability. Small of stature, at just five feet seven and 155 pounds, Jack led the O.H.A in scoring and helped his team to the Allan Cup Final in 1931, losing eventually to Winnipeg. At that time, the Allan Cup was the symbol of excellence in amateur hockey, with elite players who by today’s standards would be considered professional in ability.

The Jack Kane story may have taken a totally different twist if it wasn’t for a team-mate of his in Hamilton, Clifford Schwab, known to all as “Baldy” for obvious reasons. Jack was slated, after his stint in Hamilton, to join the Halifax Wolverines in the Maritime Big Four League, and on his way to join them the train stopped in Amherst. Baldy was waiting for Jack, and although nobody knows exactly what was said, Jackie never made it to Halifax. Instead, Charlottetown became his destination.

The success of the Abegweits coincided with the opening of the Charlottetown Forum, and 1931-1935 was one of the great eras in Island hockey. The Abegweits were loaded with talent – apart from Jackie, there were other greats such as Walter Lawlor, John “Snags” Squarebriggs and Ivan “Hickey” Nicholson to name just three . While the Abbie teams never quite made it to the Allan Cup – they were runners-up in 1931-32 to the Moncton Hawks – the hockey was always fast, tough, and skilled, and the fans loved the rivalries. In his time with the Abbies Jackie was consistently one of the top scorers in the League.

Such was Jack’s reputation at the time, in 1932 an urgent call came from the Toronto Maple Leafs for Jack to join the professional ranks. After short deliberation, Jack turned down their approach to stay with the Abegweits.

After the 1935 season, the League disbanded, and Jack turned his hand to coaching, first with the Glace Bay Miners in the Cape Breton Senior League, and then in the 1940s, he was approached by St. Dunstan’s College to guide the varsity team. He accepted the invitation, and the team enjoyed outstanding success.

Those who were coached by Jackie remember his style as a coach with great affection. Mike Hennessey recalls that Jack was “a giant in his ability to handle players. Not for him the ranting and raving in the dressing room, the shouting from the bench. He would always offer advice, never embarrass anyone, and was always the gentleman. He was cool long before being cool was cool.”His on-ice practices too often resembled a clinic, as Jackie would demonstrate what he wanted the players to do with precision and accuracy, often leaving the players open-mouthed with awe when they watched Jack execute a drill.

As a coach, Jack gave a tremendous amount of time to minor hockey in Charlottetown, and he also became a very able and admired administrator, looking after hockey operations with the Abegweit Club. He used his great knowledge also to become an excellent official, and his presence was sort with the whistle whenever a big game was in town. He was the boss man with the whistle, and the players always knew where they stood when Jackie was in charge.

In time he also became an exceptional baseball official, calling the balls and strikes with a keen eye and alert mind. Few players ever argued with a Kane call, and if they protested too vehemently, they didn’t stay around too long.

In 1959, Jack Kane died at the ridiculously young age of 52, after a three month illness The mark he left on sports in the province was huge, and the tributes to Jackie on his passing were true and heartfelt. Bill Ledwell wrote that sport had lost a “true and valuable friend,” while Pius Callaghan remarked that Jack’s contribution will “linger in the minds of sport fans here for many a day.”

2007 marks the 100th birthday of John Jack “Hurry ” Kane. It is fitting that in this special year, he takes his place amongst the giants of Island sport, in the Hall of Fame.