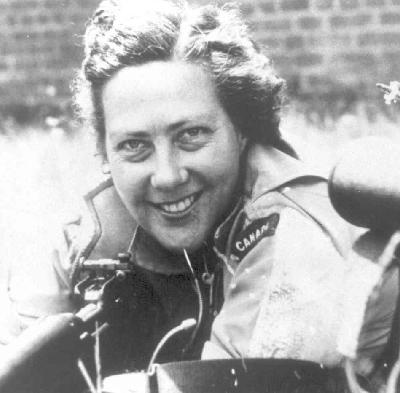 Mary MacLennan Lea was born into a well-known family noted for their industry, good citizenship and keen interest in sport of all kinds, particularly rifle shooting. Born September 15, 1910, and brought up in the community of Alexandra, Mary MacLennan attended school in that community. She completed her education at Prince of Wales College, where she graduated with her first-class teaching license, before beginning her long and successful career in teaching at various schools across the Island. She displayed outstanding ability and was successful in encouraging many young people to become better citizens of our communities and to take part in athletics and other worthwhile endeavours. In addition to being a talented educator, Mary followed the example of her Uncle James Henry Judson and her brother George in becoming an outstanding marksman. Over the years, Mary participated in and won several rifle competitions, in addition to taking part in many small bore shoots throughout the province. She was a member of Prince Edward Island’s outstanding interprovincial rifle teams. She also attended the Dominion of Canada Rifle Association Meet at Ottawa for 34 years straight.

The highlight of Mary’s career as a marksman was the achievement of a long-held personal goal – to become the first female member of Canada’s Bisley Rifle Team. In this achievement, she was following in the footsteps of her brother George; however, the fact that she was the first woman shooter in history to compete at this prestigious event rendered her participation a pioneering feat in its own right. Upon qualifying to participate in 1950, Mary was not initially permitted to be part of the Bisley team. Rifle shooting was very much a male dominated sport, and on top of this, she was not a member of His Majesty’s Forces. At first this seemed like a formidable obstacle, as the only Women’s Corps had disbanded in 1945; however, she managed to find a place in the Medical Corps, as a Home Sister. The obstacle of her gender remained, but, fortunately, she had Brigadier-General Bill Reid on her side. As an honorary president of the Island Rifle Association and Commandant of the 1949 Bisley team, Reid was able to exercise his considerable influence to insure that Mary had a place on the 1951 rifle team. Mary was teaching at West Kent School when Brig.-Gen. Reid brought her the good news.

Although the British media were fascinated by her presence at Bisley, Mary remained focused on the competition, determined not to let her teammates down. And indeed, she did not. Of the two Team Matches that she had the honour to captain, Canada won one and barely missed the other. The team also managed to capture the prestigious Kolapore Match, marking the first victory for Canada in this event since 1938.

Upon returning home to Prince Edward Island, Mary continued to be a leader, not only by providing an example for young athletes, but also by assisting and guiding her pupils in the pursuit of their goals. She took part in the organization of indoor rifle clubs at Murray Harbour and Borden. She encouraged girls who enjoyed rifle shooting to pursue the sport, and her ground-breaking trip to Bisley provided them with the inspiration to overcome gender barriers. In her honour, Sport P.E.I. presents annually the Mary MacLennan Lea trophy, awarded to the province’s outstanding Senior Female Athlete.

Upon her passing in February 2002, the Island lost not only a great athlete, but also an outstanding citizen and contributor to the community.