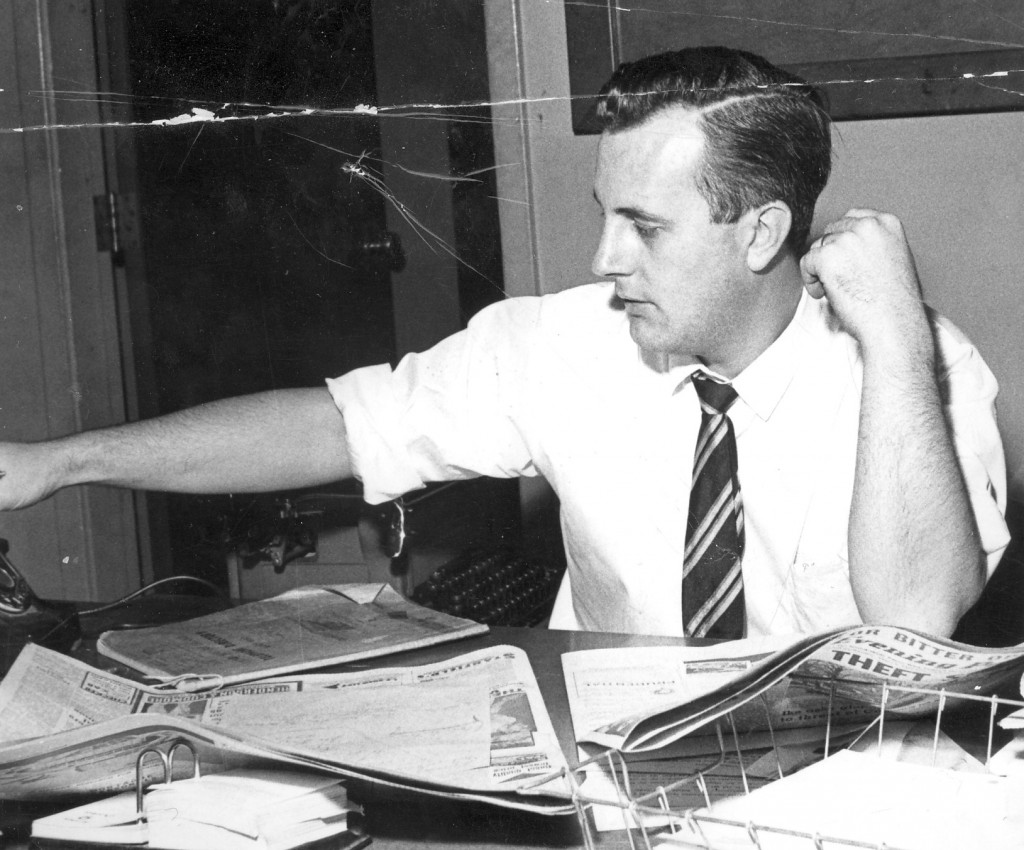 “All the guys who considered themselves tough all have tears in their eyes today,” so remarked Hall of Famer Jack “Spy” Ready on the passing of William A. “Bill” Ledwell on May 3, 1996. “That is how much Bill meant to them”.

The Bill Ledwell story began in St Peter’s PEI, July 22 1928. The son of Tom and Anna (Gillis) Ledwell, the young Bill would enjoy all the rollicking fun which life during the Dirty Thirties afforded “down at the bay.” Along with the likes of boyhood chums Bill O’Hanley, Abbie and Bassie Griffin, Charlie and Owen Mullen and Bill Sharkey, the young Bill would join in the games of hardball in the grassy field behind the big Catholic church. Highlights would include teams from Morell and Georgetown coming to play the St Peter’s crowd, while return games in such far-flung locations would be courtesy of Albert Quigley and his potato trucks that would transport the youngsters to their fields of dreams.

“There wasn’t much,” remembered another Ledwell chum, Roddy Pratt, “nobody had bicycles, so we would make do with what we could, entertaining ourselves digging clams, and swimming. We were always swimming.” And getting into trouble – one favourite prank of the Bay boys was to take the little CNR handpump car for a spin around the countryside, hastily hauling the trolley off the traiway tracks whenever a fire-breathing locomotive hove into view. It was a prank never too well appreciated by Bill’s father Tom, a lifelong employee of the CNR.

So lean were the economics in those days, Bill and some buddies, with no work and nothing to do, actually returned to their grade 10 classroom, despite having passed their grade 10 examinations the year before.

Eventually Bill left on the old CNR train, bound for the charms of Charlottetown and St Dunstan’s where grades 11 and 12 were completed. But with funds tight, trips home were a rarity, so Bill – taller than most, raw-boned and with high energy, found a place on the varsity squads, and his energetic personality would help St Dunstan’s win a Maritime Intercollegiate title in 1947.

A member of Canada’s Reserve Army, Bill graduated from St Dunstan’s in 1949, later completing his Master’s degree at McGill, where he rubbed shoulders with the likes of future Hockey Night in Canada commentator Dick Irvin, and NHL executive Brian O’Neill. On his return to Charlottetown he began his lifelong career as a public servant in the provincial government, where one of his most far reaching achievements was establishing the provincial library system. In 1972 he was named the province’s director Education Media, and was the Island representative for the National Film Board of Canada.

However, it was as a sports journalist that Bill became a legendary fixture in the Island way of life. As a columnist with the Maritime Hockey Book, the Charlottetown Evening Patriot, the Charlottetown Guardian, and even the Summerside Journal Pioneer for a short time, Bill’s insightful commentary on Island sport – stretching from 1953 until his very last column on June 9, 1995, eventually culminated in his selection, in 1989, as winner of the Doug Gilbert Newspaper Sports Writer of the Year award.

Bill’s local knowledge of the sport scene was unsurpassed. Nobody knew the scene like Bill, and this was recorded in his columns which were, for many people, the sole reason to buy the paper. Copy editors often recall how they wouldn’t dare run the presses, even though the deadlines were close, until Bill’s column had been safely received. His loyalty to his readers, many of whom would only believe something if it appeared in his column, was such that even with the ravages of cancer, he insisted on writing a column for the last ever issue of The Patriot.

His work documenting the stories of the day would be Hall of Fame worthy in itself, but Bill was a real doer, an organizer, a mover and a shaker. His love of hockey saw him play a key role in the creation of the PEI Hockey Association, from whom he would receive a lifetime membership. In later years he would be presented with a Canadian Hockey Association’s prestigious “Award of Merit”, a tribute to his half-century involvement with sport – as a player, official, referee, coach, secretary, treasurer, or president in several local or regional leagues.

He loved the Canada Games so much, and all it stood for, bringing together the youth of this country, that he went not once, but six times as a member of the Team PEI mission staff

In addition to sport, and his wonderful family – wife Adeline, sons Mark, Paul and John, and daughters Mary and Andrea, Bill’s greatest love was giving back to our University, serving as UPEI Alumni President, and receiving the first Distinguished Alumnus Award in 1990. In 1994 he received an honourary degree.

Bill was never a man to do things for the glory or the accolades, but it was impossible to ignore the immense contribution he made to whatever he became involved with. He was a man to whom there were no half measures.

On his passing in 1996 the tributes were honest and heartfelt – his predecessor as Chair of the Hall of Fame, Jim Hogan, noted that Bill was “one of the finest and smartest men he had ever met.” Then Premier Catherine Callbeck also paid tribute, commenting that Bill “was a truly great community leader. His contribution to sports through his writing, as a coach, and official, have left their mark on PEI.”

His passion for life, and his love for PEI and its great sporting heritage, is what has led us here tonight. We are proud, and privileged, as both family and friend, to say welcome, Bill Ledwell, to the PEI Sports Hall of Fame. 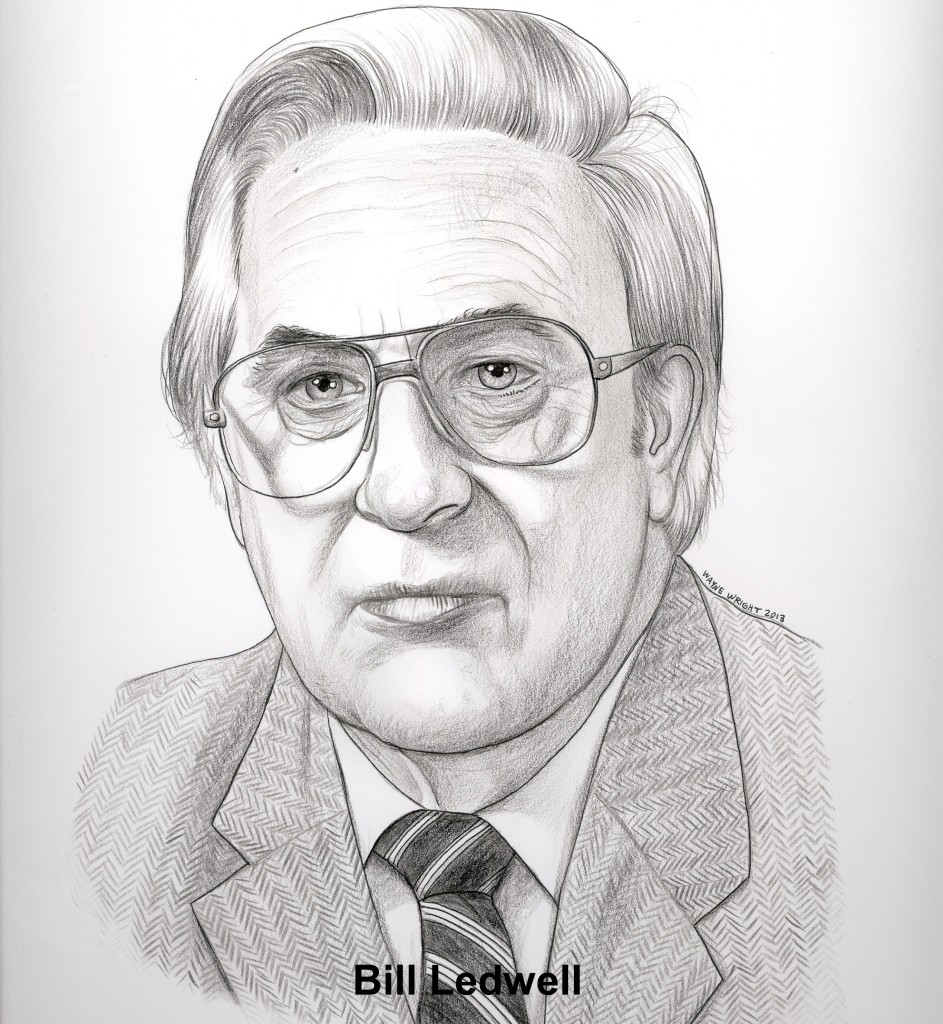 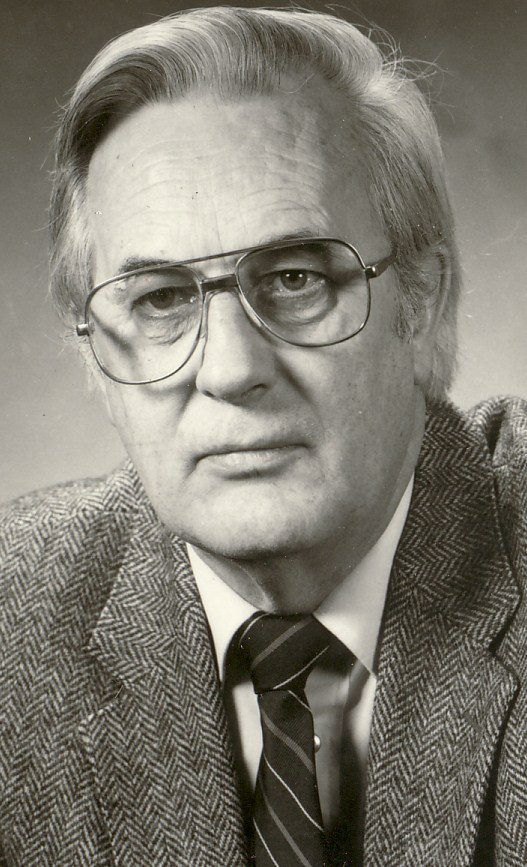