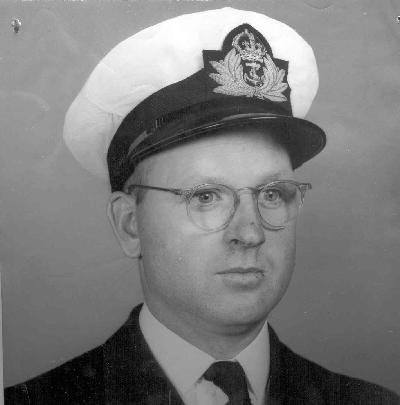 Alban Joseph “A. J.” MacAdam had an outstanding career as an athlete and coach. Said to have lightening quick reflexes and a keen sense of fair play, he was respected by teammates and opponents alike. As the only four-letter man in the history of St. Dunstan’s University, he was truly one of the greatest all-round athletes in that institution’s history. He received the “Gold D” for his accomplishments in rugby, basketball, track & field and hockey as he performed for the “Red & White” from 1940 to 1945. He was also named the best all-around senior athlete at S.D.U. in 1942 and 1944.

The Morell native joined the University as a teacher in 1947 and became a coach in rugby and hockey from 1948 to 1963. His teams won the Maritime Senior and Intercollegiate Rugby Championships in 1952 and 1954, and were Maritime Intercollegiate Champs in American Football from 1957 to 1959. MacAdam was appointed the University’s Athletic Director in 1960, a post he held through 1966.

Upon his graduation from St. Dunstan’s University, it was said of class president A. J. MacAdam that he would achieve great success. A small couplet composed to describe him read, “He is what he is, what better report, a man, a student, a friend, a sport.”

This quiet and noble leader of men passed away in 1969, at age 48. This same year, UPEI named a field in his honour. His great contribution to university sports was also acknowledged by his posthumous induction into the Prince Edward Island Sports Hall of Fame in 1979. More recently, he was part of the second group of six inductees to enter the UPEI Sports Hall of Fame in 2002.