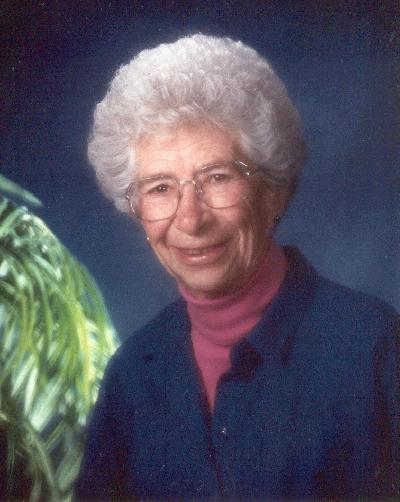 Curling in this province has a great tradition. The walls of both the Canadian Curling Hall of Fame, and of course the Prince Edward Island Hall of Fame, are well decorated with the deeds of great Island curlers, and it is my pleasure tonight to be part of the induction process for a lady who has done more for women’s curling in this province than any other individual – Mrs Elizabeth MacDonald.
Everybody knows Dr. Wen – his accomplishments are legendary in the rinks across Canada, but his wife Elizabeth’s accomplishments are no less significant, and are just as mighty.

It was not until she was almost 40 years old that Liz began curling competitively. The Charlottetown Curling Club was a male only institution until 1949, and curling itself was seen exclusively as a man’s sport. Women were certainly not encouraged to have involvement, but when things began to change for the better in the late 1940s and early 1950s, Liz began an illustrious career, not only as a curler in her own right, but as a builder, administrator and supporter of the sport.

Indeed, the big question is – where would ladies curling be today without Elizabeth MacDonald?

When we talk about Liz, we can only sit back and admire her tremendous organizational abilities. She was behind the very first women’s competition at the Charlottetown Club in 1950, and she was responsible for the formation of the PEI Ladies Curling Association in 1955, drafting the constitution and by-laws and becoming secretary-treasurer in 1959. She served as Chair of the Games Committee, and in 1976, she was the co-chair as Charlottetown hosted the Canadian Senior Ladies Championship, a tremendous success and an event which showcased the women’s game to its biggest ever Island audience.

Ask anybody involved with the Charlottetown Curling Club who knows Liz and they will remark on the tremendous enthusiasm and devotion she put into organizing the sport. There were times when things were looking bleak for the club,  but it would be Liz and her team of ladies who would right the ship, organizing fund raisers, dinners, dances, competitions – anything that would help the club and keep it going. If she wasn’t at home looking after her family, everybody knew where they could find Liz.

Of course, Liz also found time to play herself, and what a player she was. She led her teams to three PEI Ladies Championships, and with Sally Rodd, Evelyn Goss and Nora MacDonald, she had the honour of representing the province at the first ever Ladies National Championships, held in Ottawa in 1961, a feat she was to repeat on two other occasions in 1962 and 1967.

Also in 1967 she played with her husband at the first ever Canada Games in Quebec, at a time when it was an open competition with no age restrictions, while Liz added three Provincial Senior Titles to her resume in 1974, 1980, and 1981, each time going on to represent PEI at the Senior Ladies Nationals.

Masters curling in the region too owes a great deal to Liz’s efforts. She was behind the first ever Island Masters competitions and she was responsible for organizing the Maritime events. She won the trophy several times, and in honour of what she has done for masters curling in the region, the women’s trophy which is now presented bears her name.

In 1990, Liz received the ultimate accolade – election to the Canadian Curling Hall of Fame, in the Curler/Builder category.

Ladies and gentlemen, as you have heard, it is easy to read off a list of all the great things and accomplishments that Liz has earned in an unbelievable curling career. However, what makes Liz great, and her induction so deserving, is that she has never lost that love, and passion for the game she has served so well. She still graces the rinks with her presence today, continuing to support Island curlers both at home and when they travel to compete in regional and national competition, and no Provincial Scott or junior event is ever complete without Liz offering her support from the sidelines

I asked the question a short while ago – where would ladies curling be without Elizabeth MacDonald? The answer is that it would not be the game that we know today – it was Elizabeth who paved the way, who showed that the women’s game could not only exist, but thrive in the province, and it was her exceptional organizational skills that created a game where women could come together and compete as equals.

That  is Liz’s greatest achievement, and that is why she deserves her place in the PEI Sports Hall of Fame.