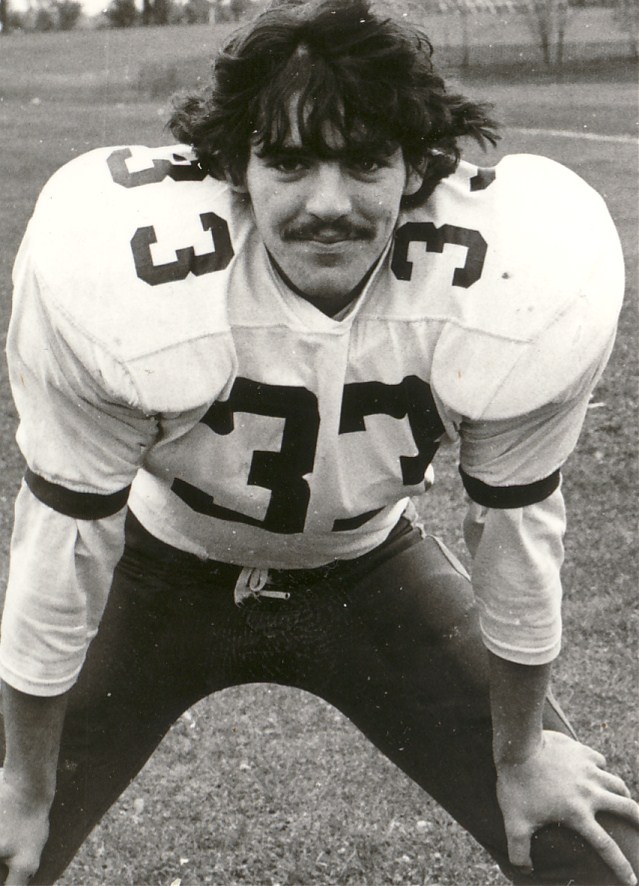 Good evening ladies and gentleman, my name is Magan MacDonald, and it is an honor to be here tonight to help induct my father Hubert “Sock” MacDonald into the PEI Sports Hall of Fame. Tonight Sock, a football and softball standout will join the Hall with an elite group of deserving athletes and builders, including his father baseball pitcher James “Fiddler” MacDonald.

Sock was a premature baby some 56 years ago, and had a helping hand from Dr. Hubert ‘Sock’ O’Hanley, so much so Sock’s parents named the newborn after the Charlottetown physician.

Sock started his softball career while playing with the Kentucky Colonels Junior “A” club in 1975 and his talent did not go unnoticed as Sock was recruited by the Dons Fawcetts Club of the senior fast pitch league where he earned his first Canadian championship visit in 1976 and the following year he earned all- star third baseman. In the 20 years that followed Sock attended 16 senior national championships collecting 2 all-star short stop honors and a third base award and a national batting title at the 1986 Senior Nationals in Summerside.

As a ball player, Sock had all the attributes speed, power and ability to pitch which made him a powerhouse on the field. It was his passion for the game and fierce desire which made him one of the best players of his time.

Socks determination and drive was as intense on the ball field as it was on the football pitch. Sock began his football career in 1972 after a tryout with the Colonel Gray football team where he played 2 years before moving on to UPEI to play defensive back and wide receiver. Sock achieved what he set out for when he started playing football and in the fall of 1975 accepted an athletic scholarship to the University of Prince Edward Island to study History and Education. Sock had record years at UPEI where he earned many awards including rookie of the year in 1975, defensive all- conference the next three years, male athlete of the year in 1980 and attended a rare invitation to the Montreal Alouettes camp in Victoriaville, Que.

Behind every athlete is a support system of family, teammates and coaches to which athletes credit much of their success and Sock is no exception.

Naturally athletics was bred into the MacDonald household of 7 boys and 6 girls where sports and education were a main focus. Sock often speaks about how influential his family was in his sporting career.

His natural athletic talent came from his father James Fiddler. Fiddler, a native of PEI and WWII veteran is still widely regarded as one of the best pitchers P.E.I. has ever produced.

If talent come from his father, Sock’s drive came from his mother Pat. Pat, “a say it as it was” mother of 13 was never shy to correct officials on any calls she didn’t agree with. She was Sock’s number one fan and a fixture at City Diamond in Charlottetown for many years.

If you have spent any length of time with the MacDonald clan you have heard many stories, many of which I cannot share here tonight. Stories of national championships, 2am extra innings, thousands of fans, Rabbit fighting with everyone..the list goes on. Each game created new memories and stories for Sock, often with his brothers beside him.

Socks teammates were fierce competitors and passionate friends. The thrill of pursuing a common goal and the drive and determination Sock brought to a team was infectious. As one teammate said “Sock set the example and we all tried to live up to and as a result we all became better players…”. For Sock, his Island ball team usually consisted of his brothers and neighbourhood friends. They were known across Canada in the 1980’s as a team from a small province with big talent and it showed in numerous national championship visits.

Socks football teammates were like brothers. Players like Gary Kennedy and Mike Lyriotokis became lifetime friends and UPEI was a place where student athletes had the chance to play the sport they loved and from all accounts had a lot of fun doing it.

A good coach provides guidance, gives time and practices patience. Sock has always credited his coaches with honing his talent. Sock credits coach and Brother Ian “Tex” MacDonald with being his greatest influences. Tex, a stellar athlete himself, introduced Sock to football with brother Freddy in the back yard and was a coach many times both on the ball diamond and football field.

Sock also credits UPEI football coach Mr. Ed Hilton with being a mentor. Sock always said Mr. Hilton was someone who required you to have desire to play. Hilton modelled a commitment to excellence and a passion for athletics that he passed on to Sock.

Sock retired from Softball in the mid 1990’s because he simply couldn’t play at the competitive level he wanted to any longer. He has since dabbled in coaching and was my number one fan through softball, soccer and basketball years. He is a true believer in organized sports and in fact as an only child the only dating advice he ever gave me was to date at athlete because athletics teaches many of the qualities you need in life.

Fast-forward 20 odd years and athletics is still a passion for Socks and his sports interests have not changed much.

When he is not advising the profit on his weekly sports picks for The Guardian, he is an avid horsemen and he supports local teams like the Charlottetown Islanders, Holland College Football Team and the Islanders Senior Baseball Club. Socks competitive personally is still present whether it be with work, playing cards, eating, going for walks or just about anything else. He always has to be the best, the fastest, the winner. 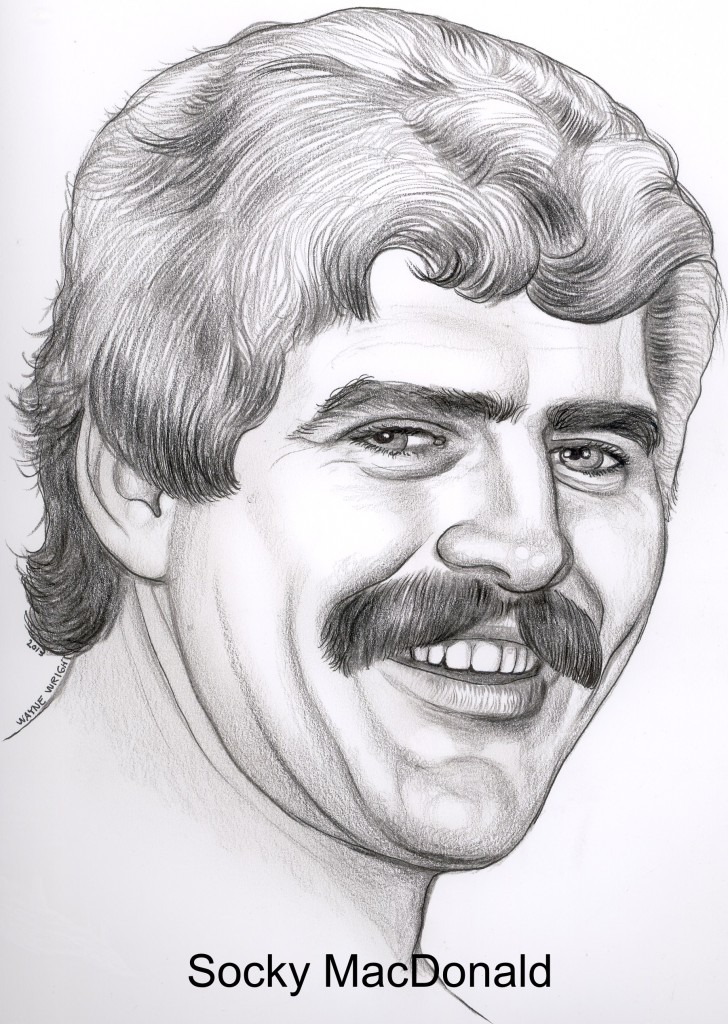