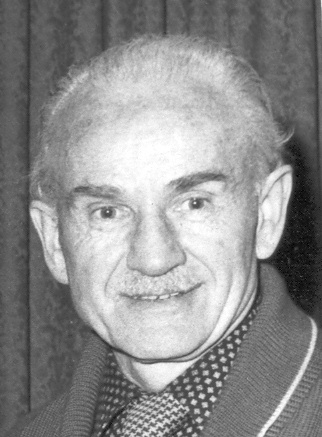 Without a doubt one of the most colorful personalities in the history of curling on Prince Edward Island, Dr.Wendell Macdonald distinguished himself as a champion curler and promoter of the sport.

Growing up in Charlottetown in the 1920’s, Dr.Wen (as he would be known), was a star athlete in such sports as baseball, hockey and football while attending West Kent School and Prince of Wales College. Upon attending Dalhousie University for medical school, Dr.Wen was also a strong contributor with the varsity hockey team.

Returning to Charlottetown in 1945 after completing Radiology specialization in Montreal, Dr. Wen began curling recreationally while also participating in his other beloved activities: fishing, hunting and golf. Though his professional life consumed a large portion of his daily activities, curling remained a centrepiece in his life.

Dr. Wen began to curl more on a competitive level in the late forties at the Charlotttetown Curling Club. Longtime friend, John Squarebriggs, who would be closely associated with him as ‘mate’ throughout his distinguished curling career.

With his competitiveness and passion for the sport, success in the curling world soon came his way. He began competing on the provincial level, and as Skip, won his first of three Provincial Mens Curling Championships in 1954 and attended the Dominion Curling Championships ( now called the Brier) for the first time. Gaining extensive experience from attending this national event, Dr. Wen skipped his team to two more consecutive Provincial Mens Championships in 1955 and 1956 and returned to the national scene.

Through Dr. Wen’s association with the sport of curling in Charlottetown, the local curling club prospered and grew to be a vital part of the community. With the club being his ‘second home’ Dr.Wen, upon the urging of his wife Eizabeth, was instrumental in bringing women into the sport in the 1950’s, thus helping to make it one of the Island’s main social activities.

Shortly thereafter, he turned his efforts to the senior curling competitions. This would be where Dr. Wen would have his name forever etched into the archives of curling on Prince Edward Island.  Commencing in1965, teams skipped by Dr. Wen would go on to win seven consecutive Provincial Senior Titles culminating with a Canadian Championship, PEI’s first in curling, in 1971 in Halifax.

At sixty two years of age, Dr. Wen’s success continued as his curling foursomes would go on to capture seven more provincial titles. His presence at the national championships continued and he was rewarded once again
with winning consecutive National Senior Curling Championships in 1975 in Calgary and 1976 in Ottawa. Upon being crowned national champions again in 1976, Dr. Wen was quoted as stating ‘somebody up there is taking
good care of us ‘.

In 1976, Dr.Wen was nominated overwhelmingly to become a member of the Governor General Curling Club of Canada. This honorary curling club was designed to promote the game of curling in Canada and to recognize
those individuals who have made a significant contribution to curling whether on a national or international level.

With his contributions to curling, Dr. Wen was also inducted into the Canadian Curling Hall of Fame as a Builder in 1975 and as a Curler in 1977.

Previously inducted into the PEI Sports Hall of Fame as a member of the 1976 Canadian National Senior Mens Curling Champions  team, Dr. Wen will now take his place on the wall of honour for his individual contribution
to the sport of curling on Prince Edward Island.