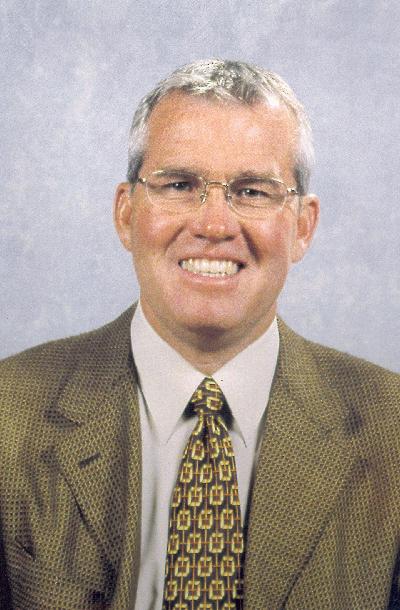 Doug MacLean was born in Summerside, Prince Edward Island on April 12, 1954. He played for the Montreal Junior Canadiens and at the University of P.E.I., where he earned a bachelor’s degree in education. He began his coaching career as an assistant with the London Knights of the Ontario Hockey League, while pursuing a master’s degree in educational psychology at the University of Western Ontario. Upon graduation, he returned to Summerside where he taught high school and served as head coach of the Summerside Western Capitals Junior A hockey team. He then spent a year as the head coach at the University of New Brunswick before joining the St. Louis Blues as an assistant coach to Jacques Martin in 1985. After helping the Blues to first and second place finishes in the Norris Division in 1986-87 and 1987-88, respectively, MacLean joined the Washington Capitals as an assistant coach to Bryan Murray prior to the 1988-89 season. He served as a Capitals assistant coach before being tabbed as the head coach of the club’s American Hockey League affiliate in Baltimore midway through the 1989-90 season. He spent 35 games behind the bench and guided the Skipjacks to a 17-13-5 mark. He joined Murray in Detroit in 1990 and spent two years behind the Red Wings bench, including the 1991-92 season when the club captured the Norris Division title with MacLean serving as associate coach. The following year he left the coaching ranks to focus on the Red Wings’ player development efforts. He served as Detroit’s assistant general manager, as well as the general manager of the Adirondack Red Wings, Detroit’s AHL affiliate, from 1992-94. He left the organization to join Florida as director of player development and pro scout in 1994 and was named the second head coach in Panthers history on July 24, 1995. In his first season as a NHL head coach, MacLean led Florida to a 41-31-10 record during the regular season. The fourth seed in the Eastern Conference, Florida beat Boston in six games in the first round and then upset top-seeded Philadelphia in seven games to advance to the Conference Finals. The Panthers then upset No. 2 seed Pittsburgh in seven games to advance to the Stanley Cup Finals where they were defeated in four games by the Colorado Avalanche. His work behind the bench earned MacLean The Hockey News Coach of the Year Award and recognition as a finalist for the Jack Adams Award. In 1996-97, he guided Florida to one of the fastest starts in NHL history as the club went 8-0-4 in its first 12 games and finished the season with a 35-28-19 mark. He earned a coaching nod in the All-Star Game for the second consecutive year and guided the East to an 11-7 win in the game played at the San Jose Arena. The win marked his second-straight victory at the event. In the first round of the playoffs, Florida suffered three one-goal losses and was defeated by the New York Rangers in five games. During those two campaigns, Florida posted a 76-59-29 record (.552). Only five teams – Detroit Red Wings (100), Colorado Avalanche (96), Philadelphia Flyers (90), New Jersey Devils (82) and New York Rangers (79) – posted more victories than Florida during that span. With so much experience in the National Hockey League, serving in a variety of administrative, personnel and coaching capacities, he was a natural fit for the fledgling Columbus Blue Jackets, and he joined the club on Feb. 11, 1998 as general manager, and a month later was named president of the organization. As its top executive, he held the dual role of overseeing both the business and hockey operations of the franchise, as well as the management of Nationwide Arena. Under MacLean’s guidance, the club quickly established itself as one of the most successful organizations in the NHL. The Blue Jackets made a significant impact in the Columbus community through its business operations and community service programs and have played to nearly 97 percent of capacity (18,136) with 115 sellout crowds in 205 regular season games at Nationwide Arena. Columbus set franchise record for wins and points in a season in 2005-06 with a 35-43-4 record, including a 23-16-2 mark during the second half of the campaign. During the inaugural 2000-01 season, the club went 28-39-9-6 with its 71 points marking the second-highest total by an expansion team in NHL history, excluding the first wave of expansion in 1967 and the merger of four World Hockey Association teams in 1979. Of the 14 teams that joined the league since, only Florida Panthers (33-34-7, 83 pts.) were better than Columbus. MacLean also served as the Blue Jackets’ head coach from January 7, 2003 through January 1, 2004. On leaving the organization in 2007, Doug found that his forthright views on the game were in demand, and he has since enjoyed a prominent role on Sportsnet’s Hockey Central, and the Fan 590 radio show.MacLean and his wife,
Jill, are the parents of a son, Clark, and daughter, MacKenzie. The family resides in Worthington.