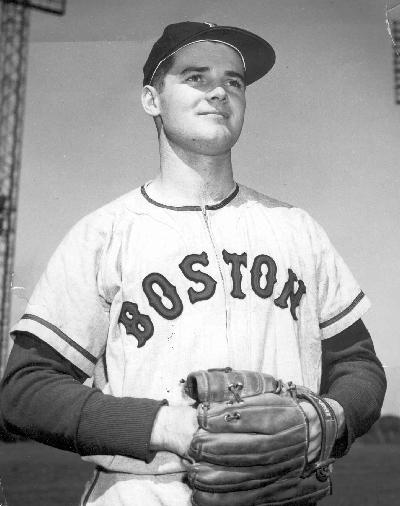 Don MacLeod was the epitome of excellence in every sport to which he turned his hand. The truth of this claim could be seen in his track and field, basketball and rugby performances, but was particularly apparent in his baseball and hockey play.

Born in Needham, Massachusetts in 1936, Don MacLeod became a resident of Prince Edward Island the following year.  “Duck,” as he was affectionately known, played baseball at a provincial level from 1947 to 1954.  He became the regular shortstop for the Charlottetown Junior Abbies at the age of 13.  He was also a pitcher, and while performing in the Charlottetown City League in 1955, he had 29 strikeouts in a 13 inning contest.  At 18, Don MacLeod, performing then with the Liverpool Larruppurs in the famous H & D League, recorded 12 wins and 2 losses.  From there he moved on to Boston University, compiling a 17 and 6 record over four years.  As well, he was the Greater Boston All Star Pitcher three consecutive years, and the University’s Athlete of the Year in his senior year.

Don MacLeod played professional baseball from 1958 to 1961.  He won 13 and lost 3 while with the Class “B” Cedar Rapids Club, a farm team of the Milwaukee Braves, this despite being injured, and performing with the last place team in a three-team league.  Don pitched for Ardmore, Texas, also a cellar dweller, and surprised the top and third place teams with one-hitters, as well as tossing 13 consecutive scoreless innings.  He closed out his professional baseball career working with the Triple “A” Hawaii Islanders.  It’s interesting to note that before Don MacLeod joined the Milwaukee Organization his services were sought by no fewer than seven major league teams.

In hockey, Don performed with the Prince of Wales College of Charlottetown and the Boston University Terriers. He was All East College All Star for three consecutive years, and a unanimous choice as All Eastern All Star two years in succession.  Don was New England’s top defenseman in 1957, and was chosen all American college defenseman in his senior college year, 1958.

Don MacLeod won both Boston University’s coveted E. Ray Spears and George V. Brown Memorial Awards as Scholar-Athlete of the Year in 1958.  In recognition of his fine contribution to that wonderful institute of learning, Don MacLeod joined such notables as baseball Hall of Famer Mickey Cochrane; John J. Kelly, coach of the New England Whalers of the W.H.A.; John Thomas, the former world high jump champion; and others, when in 1973 he was inducted into the Boston University Sports Hall of Fame.

Following surgery on his right shoulder, Don found himself no longer able to play ball professionally, and so he returned to Boston University in 1962. Here, he pursued graduate studies, earning himself a Masters of Education in 1965, and completing over 30 credit hours of his PhD.  At the same time, he began working as a teacher-coach at Acton-Boxborough High School.  He was coach of the school’s baseball team until 1967, when he was appointed assistant principal and began coaching the newly-assembled varsity hockey team.

Despite his career being cut short, Donald “Duck” MacLeod has made his mark in junior, college, university and professional sport, and through his coaching has impacted the lives of the young athletes of the next generation.

For Don’s stats while playing with the 1960 Cedar Rapids Braves, follow this link: http://www.baseball-reference.com/minors/team.cgi?id=13984