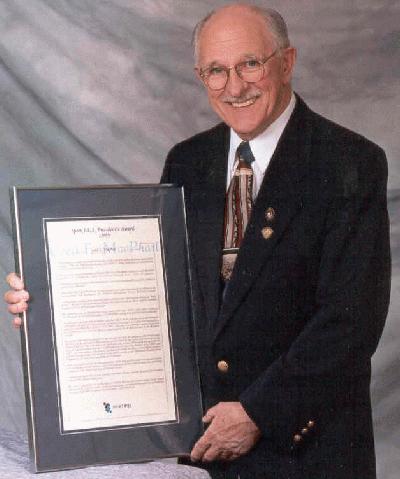 As a player, coach, manager and administrator, Cecil MacPhail’s involvement with the sport of softball is a story in itself.

Cecil began playing the game at a very young age and during those early years he saw action on almost every softball diamond on Prince Edward Island and across the Maritimes. Records show Cecil toiled with the strong Bonshaw teams as a coach and manager winning a number of league titles and in 1963 captured the Intermediate Provincial Championships, one of the major highlights of Cecil’s playing career.

Although he coached many teams, his most satisfying years were when he was involved with minor programs. In 1976, his Bonshaw Midgets captured the Provincial Games Championships that were held in Montague. Cecil’s coaching
career was off and running at this time and he continued his winning ways by leading the Dairy Queen Juniors to three consecutive Island titles from 1977-1979 .

In 1980, this same team was victorious once again and represented the province at the Canada Games in Thunder Bay, Ontario. Success continued for Cecil while winning Island South Shore League titles in 1983-1985.

With his success at playing and coaching though, it was in 1972 that Cecil MacPhail began his great contributions to the game of softball on Prince Edward Island by being elected as President of Softball PEI. During his twenty years at the helm, softball grew by leaps and bounds in our province and the number of teams
and leagues grew at a fascinating rate.

One of the many highlights of this dedicated individual’s career was when in 1973 he managed to bring the World Softball Champions, Dynes Jewellers from Richmond Hill, Ontario, to Charlottetown for a tournament. Thousands of fans attended this exciting event as this brand of softball was new to PEI.

For nearly fifty years, Cecil MacPhail has been involved in one capacity or another with the game of softball which is remarkable in itself, and he was rewarded by being inducted to the Canadian Softball Hall of Fame in 1992. In 1998 he was awarded the Sport PEI President’s Award (pictured) for outstanding service to Island amateur sport.

The sport of softball had tremendous growth under the leadership of Cecil MacPhail at the local, provincial and national levels. Apart from his years as a player, coach, manager, fundraiser, organizer, volunteer and administrator, Cecil has been a goodwill ambassador and a complete credit to the game of softball since he first took bat in hand as a youngster and continues to be to this date.

The game of softball has developed to where it is today on Prince Edward Island due mainly to Cecil’s love of the sport and his dedication and proven leadership to promote the game.