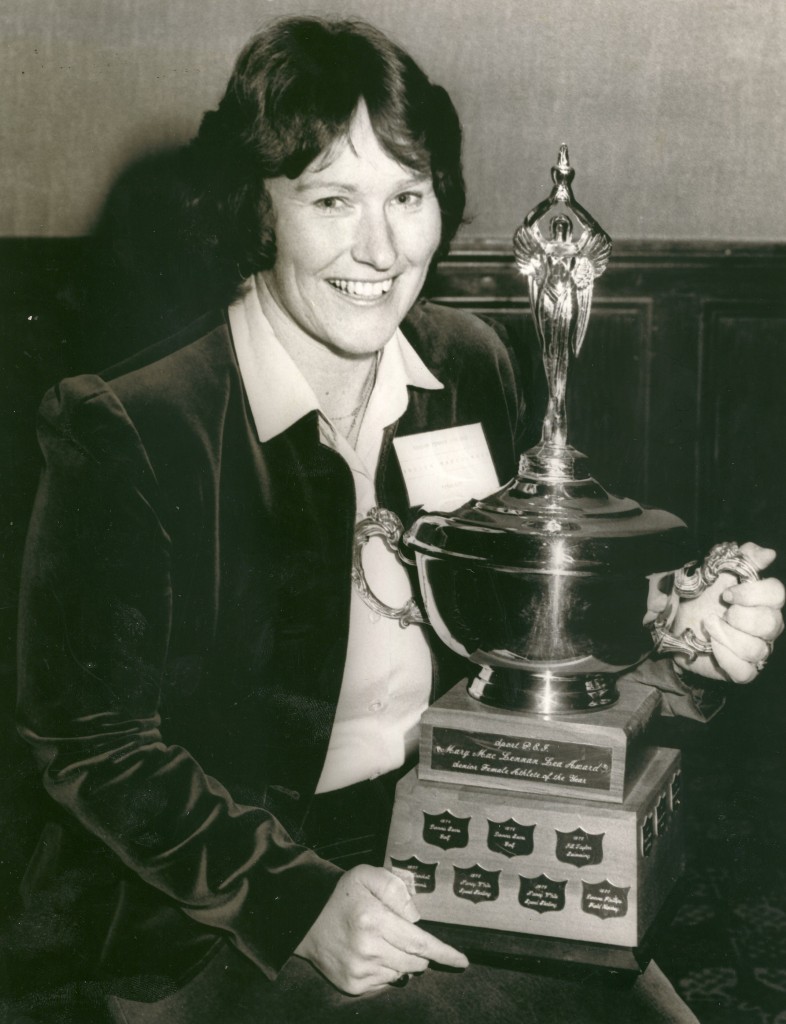 It is an honour and privilege this evening to be asked by the Holmes and MacQuarrie families to read this induction citation for Sheila.

Even though I have only been on PEI since 1997, and in my role as Sport PEI communications officer for even less, the figure of Sheila looms large, mainly due to the fact that outside my office we have a photo library of all the winners of our Sport PEI awards, and there, front and centre is a smiling Sheila proudly displaying her trophies.

Many times, in my role with the Hall of Fame, I have taken a phone call from somebody who wanted an answer to a very simple question – `Why isn`t Sheila MacQuarrie in your Hall of Fame…

This set me to thinking, and after seeing Sheila`s accomplishments, and with the help and dedication of my good friend Jerry Muzika and my predecessor at Sport PEI, Cy Yard, who was more aware of Sheila`s accomplishments than most, we set to put right this oversight. When I was asked by the Hall of Fame board a few years back to make a list of all those we may have missed who should be in the Hall of Fame, the name of Sheila was at the very top…..

Apparently, so the story goes, Sheila had a fear of guns, so it was probably a surprise to many when she ventured forth with husband Boyd in 1972 to check out the UPEI Rifle Club. It was the first step in a life-long love affair with competitive shooting.

I am not sure how many of you here are familiar with what the sport even involves, but Sheila quickly mastered the three main positions – prone (which is lying face down on the floor); kneeling, and standing. There are also different types of guns – the standard sport rifle, and air rifle. Before too long Sheila had advanced the techniques and skills in all areas.

Sheila began her competitive shooting career in 1973, and that year she won her first major title, winning the ladies prone, and the ladies grand aggregate at the Maritime Championships in Bedford Nova Scotia. At her first nationals in 1974 St Foy, Quebec, Sheila came home with three third place trophies.

Through the years that followed, Sheila`s results, quite literally, exploded. There were very few events where she would not come home with a trophy, and she quickly established herself as one of the very best in the country.

In the early 1980s, Sheila, along with basketball star Anna Pendergast, established herself as PEI`s foremost female athlete. 1982 was a stellar year for Sheila, winning the Canadian Free Rifle Ladies crown, and at the Canadian Rifle Championships, in Kitchener, her three personal best performances secured her a berth on the Canadian Standard Rifle team.

For her efforts, Sheila was named PEI`s top female athlete for 1982, and if that year was magical, 1983 was even better. In ten provincial and national competitions Sheila either placed first or second, but the highlight was her selection for the Canadian team to compete at the Pan American games in Caracas, Venezuela.

It was an unforgettable experience for Sheila in trying circumstances. The friendliness of the people shone through but the event, as Sheila recalled in later interviews, was eventful, with the athletes not quite enjoying some of the luxuries that athletes of today take for granted. Many of the Canadian team got food poisoning, they realized that their bottled water was actually recycled tap water (which they were not to drink), and the ladies changing rooms had no water, which meant some interesting escapades, such as having to share the showers area with the men.

Sheila shot well at the Pan Am Games, and Canada came away with a bronze medal, the first international medal of Sheila`s career. At year`s end she was once again named not only top Island female athlete, but she won the Lieutenant Governor`s Award for best overall Island athlete, taking home the Bill Halpenny Trophy for outstanding performance on the international stage.

It was a surprise, of sorts, that Sheila just missed qualification for the 1984 Los Angeles Olympics. At Olympic trials she missed out by one place, when two other competitors, ranked below Sheila, had the day of their lives. Despite the disappointment, Sheila was philosophical, recognizing that those Olympics were probably coming a bit too early for somebody with limited international experience at that point.

She set her aims for the Seoul Olympics in 1988, and she seemed to be well on her way when she was selected to represent Canada once again in 1985 at the Championship of the Americas International event in Fort Benning, Georgia, where she won a silver medal as part of the Canadian Air Rifle team.

Always mindful about giving back to her sport, Sheila was an exceptional coach at the UPEI Rifle Club. She served as President of the PEI Shooting Federation, was a director of the Shooting Federation of Canada, and was a board member of Sport PEI. She was active in the Red Cross, and volunteered with St John ambulance.

Tragically, Sheila never did get the opportunity to fulfill her Olympic ambitions, as serious illness was to intervene. In January 1988, the sports world was shocked as Sheila passed away while waiting for a liver transplant in Toronto.

On her passing Sport PEI President at the time Barb Mullally noted that Sheila was à `prime example of how training and determination can bring success. She was a genuine competitor who presented her province, and her country, well….`

In recognition of Sheila`s accomplishments, the Canadian Shooting Federation established the Sheila MacQuarrie Memorial Trophy, still awarded annually to the female competitor who has the highest aggregate score for standard, and air rifle.

I personally have learned a lot while preparing Sheila`s citation this evening. It seems like the sport of shooting is quite complex – it is technical, and demands the highest levels of focus, concentration and determination. The smallest distraction can make the difference. You have to be highly skilled, and single-minded.

While speaking with family members June, her sister, and husband Boyd, these were characteristics that Sheila had in abundance. June also stressed that Sheila was strong, and given the challenges she faced, this is not surprising.

To conclude, it has been an honour and privilege to tell you about Sheila MacQuarrie this evening. The province has produced many great athletes who can shoot straight and true, and Sheila is right up there with the very best. She fully deserves the accolade of Sheila MacQuarrie – Hall of Famer…. 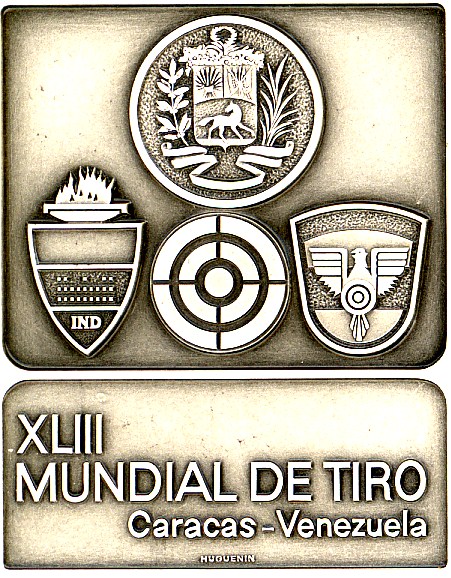 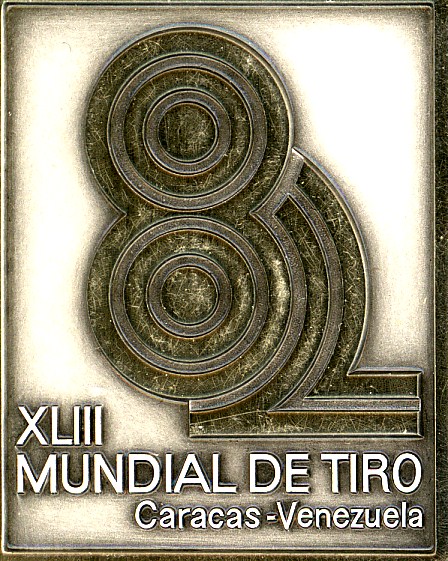 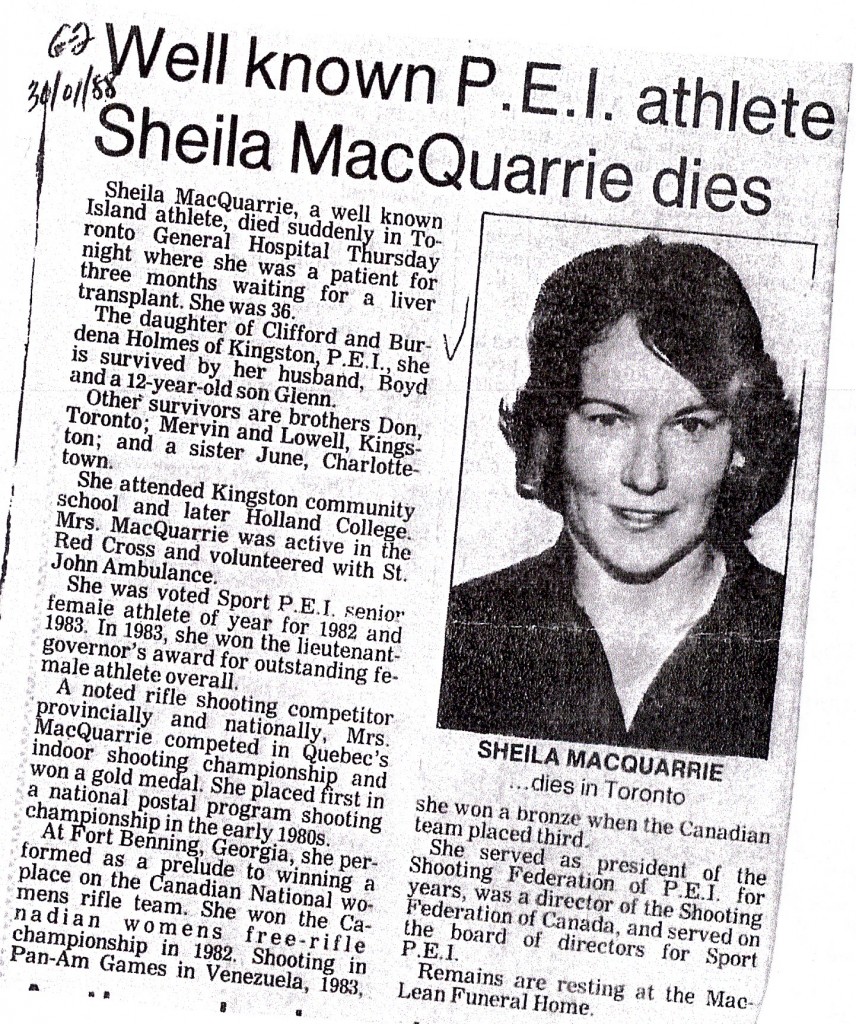