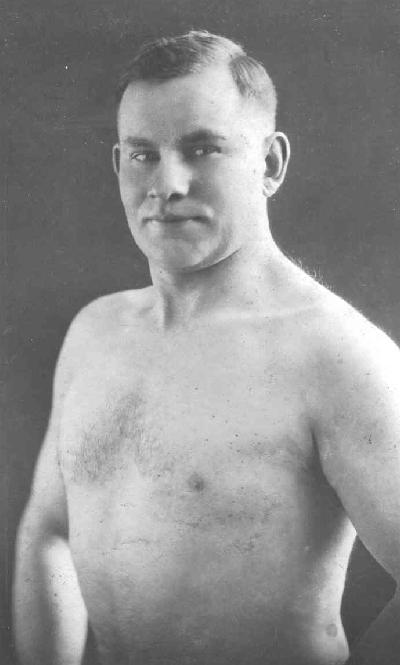 Donald John “Dan” Matheson, born in Springfield, Prince Edward Island on July 11, 1893, was prominent in track and field as well as boxing and wrestling in the Province of Saskatchewan from 1921 to 1933.

His sporting career began in 1907 with his entry in the hammer throw event at a track and field competition in Georgetown, P.E.I. In 1916, he moved to Regina and joined the City Police Force. He was champion shot-putter of Saskatchewan in 1923, but became more widely known as a boxer & wrestler. Dan began his wrestling career in 1920, training at the city YMCA gym. He was instrumental in bringing Regina 31 Canadian wrestling championships from 1922 to 1923. His shoulders were never to the canvas from 1921 to 1932, and he gained the title “Regina’s Golden Boy of Wrestling”. He was the Saskatchewan Wrestling Champion in 1922, the Canadian Amateur Heavy Weight Wrestling Champion in the years 1923, 1924, 1925 and 1931. In boxing, he was the 1921 Saskatchewan Amateur Heavyweight Boxing Champion.

During this time Dan was also a wrestling instructor, and his pupils won British Empire Amateur Championships and numerous Canadian titles. He was instrumental in establishing the Regina YMCA Boxing and Wrestling Club in 1921, which he reasoned would be a constructive outlet for energy that would steer the street kids of the city away from petty crime.