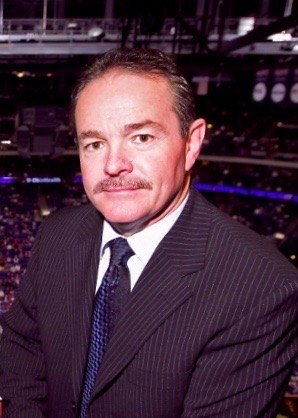 For hockey fans on Prince Edward Island over the past four decades there is one voice that has filled the airwaves with the most regularity, and with the most professionalism and prominence – George Matthews.

Teams in the Island and Maritime Junior and Senior Hockey Leagues, the AUAA, the American Hockey League’s PEI Senators, and the QMJHL’s Charlottetown Islanders are blessed to have had him aboard calling their games. George’s prodigious talent, energy, and passion took him all the way to the NHL and a career that included over thirteen years and 1,040 games as the radio voice of the Columbus Blue Jackets. His contribution to the game of hockey, at both the amateur and professional levels, makes George Matthews a most deserving candidate for induction into the PEI Sports Hall of Fame.

As a broadcaster, there are several words that come to mind with George: passion, knowledge, charisma, energy, enthusiasm, entertainment, uniqueness of character, and a teacher, just to name a few. His deeply intense love and respect for the game of hockey, coupled with his innate ability to inform, to educate, and to entertain have allowed him to clearly distinguish himself from his peers. No one from Prince Edward Island has achieved to the level that George Matthews has over the course of his broadcasting career.

In George’s early broadcasting years on the island, there were few, if any, options for formal training so he used the local hockey scene to fine tune his skills and develop his own individual style that he enthusiastically embraced. It was not uncommon for George to cover up to 60 or 70 games per season, over twenty plus seasons, for teams on the local scene. What a tremendous support to local hockey that body of work provided!

One must remember that island teams would travel by the ferry back then, and it often meant that George would not get home from his road trip until 3:00 in the morning, only to get up a few hours later for his teaching job. I worked for 33 years as a teacher and administrator, so I can easily relate to how difficult of a balancing act that would be. George took this challenge head on, and was highly successful in both realms.

When George moved to Summerside from O’Leary in Grade 8, he became very good friends with Doug MacLean and Jim Clark. As the President for the expansion franchise in Columbus, Doug was tasked with growing the game and the Blue Jackets brand in their first year in the NHL. He named Clark as his Asst. General Manager and it wouldn’t be long before the call would be made to George to fill a very important position with the club as their radio voice.

There may have been some early question marks surrounding the hiring of Matthews, given his relative inexperience at the professional level, but Doug knew what he had in George and he had great faith in his ability to thrive in the position. Any previously held skepticism would quickly dissipate as George’s energy, his passion, his professionalism, his preparation, the pride that he took in his work, his unique style, and his willingness to connect with the local hockey community all helped fans to endear themselves to George’s style of broadcasting, and ultimately help to grow the game in the Columbus area. George and Doug spent eight years in Columbus together, with Matthews staying on with the Blue Jackets even after MacLean’s departure.

The best estimate we have is that George is close to surpassing the 3000 game mark over the course of his broadcasting career, when you take into account the 23 plus years spent broadcasting hockey on the local scene, followed by the 13 years working in Columbus, and now in his 7th year as the voice of the Charlottetown Islanders. It was a career that did not come without sacrifice, as he often had to put in long hours on the road traveling with teams, and it often meant being alone and away from his wife, Debbie, during the hockey season while working in Columbus for those 13 years. In spite of all the sacrifices made, there is not one aspect of it that he would change. He thoroughly enjoyed every step of his broadcasting journey.

George and Cory Arsenault have become a highly competent broadcasting duo here with the Charlottetown Islanders. This duo ranks among the best in the CHL, and their voices fill the airwaves of Max 93 FM for many  regular season games, and for all playoff games as well.

George certainly has raised the bar when it comes to broadcasting local sports here on PEI, and in doing so has brought a new level of following for the Islanders team that has grown year over year. He has also served as an inspiration and a role model for other aspiring broadcasters and analysts on the island. I think of young people like Lucas Hulton and Luke Mutch, who have witnessed George’s work over the past few years, and are inspired to be like him. George willingly shares his wisdom and insights with those who are looking to improve their broadcasting technique, –  I am one who has personally benefited from his wisdom.

When it comes to broadcasting, George Matthews is clearly in a league of his own. He truly is a homegrown success story who has helped to grow the game of hockey locally, and on the bigger stage as well. Islanders have been blessed to have George among us for four plus decades; his enshrinement into the PEI Sports Hall of Fame, is a most fitting, and appropriate, bookend to one outstanding broadcasting career. 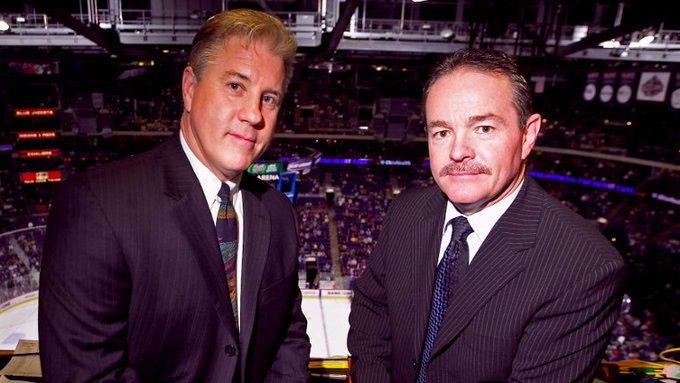 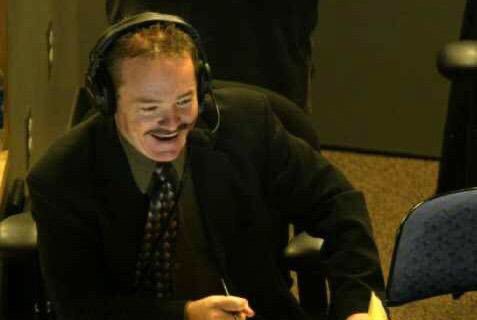 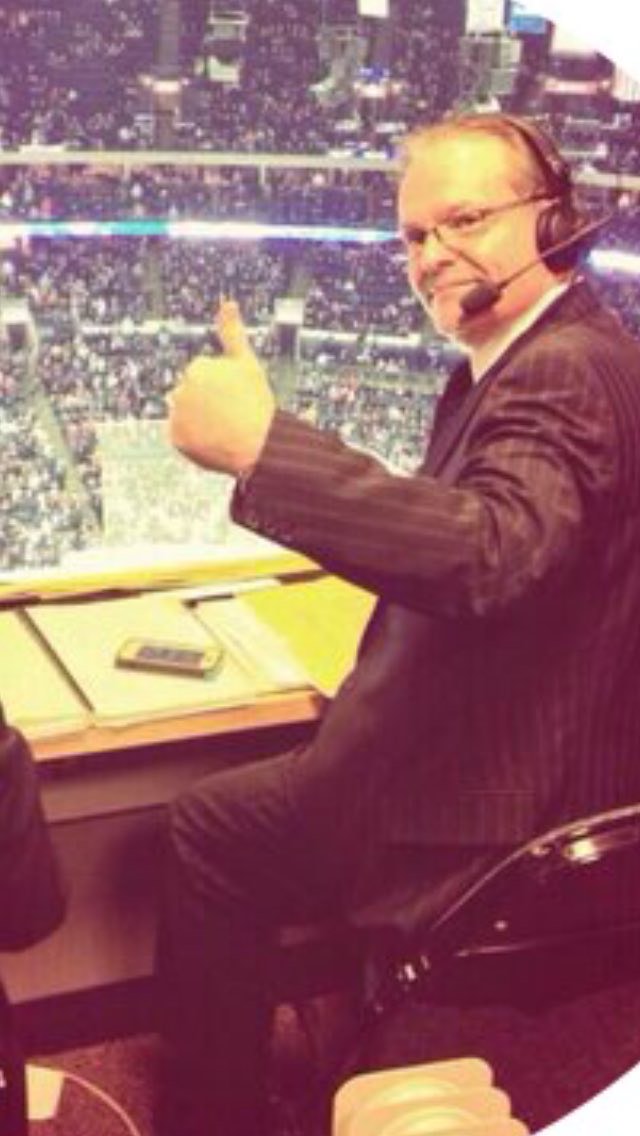