View All Inductees
John "Lefty" McAleer - Baseball
Inducted on May 29, 1983 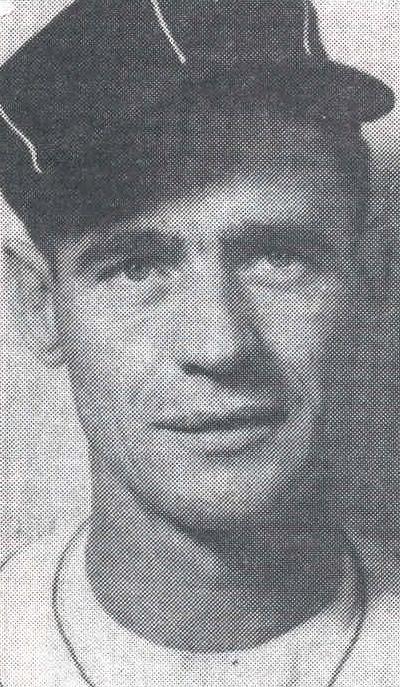 Born on June 29, 1919, in Charlottetown, Lefty McAleer developed his passion for ball early in life.  Growing up on the first block of Dorchester Street, young Lefty’s baseball glove was always worn when stepping outside, for there, Alkie McCormack or one of the Sherry brothers could usually be found, tossing around a baseball.  As Lefty put it, “If you didn’t happen to have your baseball glove around Jail Square, then you might as well just go home.”  In the mid-1930s baseball was the only summer activity to captivate the city youngsters.  Beginning with the “West Enders,” a local intermediate team, Lefty graduated to the junior league “Esquires” in 1937.  That August, he pitched his most famous prewar baseball game: a four and a half hour, seventeen inning battle against Alkie McCormack and the cross-town “Canadiens” – a game that Lefty would win.

Lefty’s signature pitching moves included a sharp dropping curve, what was known in those days as an “in and out pitch,” and a high hard fastball.  In the late 1930’s, before the advent of professional coaching techniques or television with its coverage of the major leagues, a young Island baseballer had to rely mainly on his own experiences.

Following the war, Lefty McAleer returned to Charlottetown’s Victoria Park and Summerside’s Queen Elizabeth Park with the Maritime champion Abbies, the All-Stars and finally the MCA Team of Carl Burke.  These years of 1946 to 1953 featured the rivalry between two communities, Charlottetown and Summerside, and the pitching duels of their star pitchers, Lefty and Joe Bernard.  But it was the friendships and sportsmanship, both on and off the field, that are a lasting testimony to the value of competitive team sport; as Joe Bernard recalled, it was Lefty McAleer who – win or lose – was always the first to walk over and shake hands following a Summerside-Charlottetown contest.

Lefty’s final year in baseball, 1953, reveals a record of pitching brilliance unequal to any season before.  Thirty-four years old and in the twilight of his powers, Lefty regularly posted victories with up to 16 strike-outs – all performed with a chronically sore arm.  And so it is a most compelling story of Island sport to know that this talented athlete would lose the limbs that made him the hero of the diamond.  After undergoing partial amputations on both legs and arms, his determined and undaunted spirit helped him to remain mobile despite this significant handicap.  His greatest battle and his greatest victory took place neither in war nor on the playing field.  Lefty’s victory is in his undiminished bigheartedness and love of life and all those around him.  This triumph of the human spirit made Lefty McAleer one of this province’s most beloved sports personalities.

It is the character of a man or woman that matters most, how they have accepted the victories and losses that life hands out, and how they survive challenges.  Lefty’s name is synonymous with baseball on this Island, but it is also associated with dignity and heroism of a most extraordinary kind.

Without doubt, Lefty McAleer was one of the most popular of Island sports personalities, and his induction into the Sports Hall Of Fame in 1983 was met with province-wide approval by all that knew and respected him.

Lefty McAleer passed away in 1991 at his home in Charlottetown, at the age of 73.