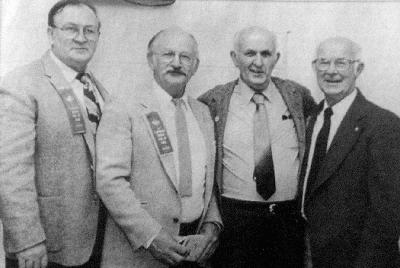 “Their father was Barney “Kid” McCluskey, a one-time lightweight boxing champ of the Island, tough as an axe-handle from 37 years as a river-driver in the Maine lumberwoods, and their uncle Tom “One Man” McCluskey was one of prizefighting’s “Great White Hopes” in the ere of the famous black champion, Jack Johnson. They are the Fighting McCluskey Brothers, ” Young Tom” , “Ace”, Wilf, and “Cobey” McCluskey of Charlottetown, known as the Canadian Boxing Hall of Fame’s Number One Family. Born on Charlottetown’s lower Dorchester, the last grim block, more poetically known as “Hell Street” for the grinding workaday poverty of the place, whose gritty sidewalks echoed to the men of steel, the Flanagans, Gillises, McCluskeys, and Lunds, who regularly walked to the wharves in search of longshore work on the coalboats and sailboats. Sport on Hell Street meant one thing, bareknuckle boxing.

Father Barney made 20 cents an hour working pick and shovel at the fertilizer plant, and at ten hours a day, six days a week, that job provided his four boys, and the girls, Mary, Catherine and Frances, with the daily fare of codfish, mackerel, salt herring and potatoes that, as Wilf observed, “”made us willing to take on the world.””  Their mother Bessie, a tiny Gormley woman “”as good as gold”” raised her family in dignity and honour through those dirt poor decades. Canned food was unknown in the McCluskey house, as were can openers, for Bessie was famous for her endless racks of bread, cakes and pies, and the milkman was known to leave five quarts of milk a day on the front step. A perfect recipe, one might say, for creating boxing legends.

Born in Charlottetown on August 7, 1929, Wilfred Owen McCluskey would be hampered until the age of eleven by pleurisy and double pneumonia, and despite having a brief fling at boxing (winning five of his seven contests) will be best remembered by the moniker, ” Canada’s Foremost Boxing Authority.”  An unequaled builder of the sport of boxing, Wilf has served as referee, judge, timekeeper, ring second, ringside announcer and commentator, matchmaker and promoter. Only the second Islander to be elected to Canada’s boxing shrine after Earl “Mr. Big” Smith of Charlottetown, Wilf began his career as ” the walking encyclopedia of boxing” as a chronicler of his three brothers’ ring exploits.

Wilf McCluskey’s lifelong love affair with sport has embodied itself in over 500 scrapbooks, which upon his retirement from 41 years with the City Works Department (as street laborer, asphalt plant worker and driving a pay loader) saw him devote up to twelve hours a day to archival research and clippings of newspaper stories from the several Maritime newspapers he’d purchase daily. So renowned did Wilf’s noggin and scrapbooks become, there was hardly a day that information-seekers would not open his screen door the unpaid archivist of P.E.I.

So what if all the hundreds of his Guardian and Journal-Pioneer boxing columns earned him a few pennies? Some men do things for love, not money. The school of hard knocks has made Wilf a legend in his own time, an innovator and a genuinely wise man. Like his grandfather Owen McCluskey, inventor of the world- famous Stillson wrench, Wilf has managed to forge greatness out of life’s hardness and dullness. His dedication to recording boxing’s iron men, his passion for truth and justice, establish Wilf McCluskey, sports writer, as an honoured inductee into the Prince Edward Island Sports Hall of Fame.

Boxing legend Wilf McCluskey died in March 2012 at the age of 82. Sport on the Island will not see his like again.

Born May 23, 1924, Thomas George “Young Tom” McCluskey has been rated by some ring observers as the most exciting boxer, pound for pound, ever to come out of this province. Tom McCluskey’s boxing career would begin October 1937 and conclude in March 1948 at age 24, a dazzling career cut short by a double skull fracture he suffered while serving as a stoker in World War two with the Royal Canadian Navy. Undefeated in 35 amateur and professional bouts fought throughout the Maritimes and New England, with the majorities of his ring victories by way of knockout, Tom would hold both the Island lightweight and welterweight titles. Fighting at Halifax’s HMCS Stadacona in 1942, Tom would become the youngest ever welterweight champion of the Maritime Atlantic Fleet, scoring a second-round TKO over “Mauler” Myers.

The smallest of the McCluskey clan at five feet seven and a half, with a fighting weight ranging from 130 to 145, Tom had a smooth cat-like style in the ring, driving damaging punches through seemingly non-existent openings, all the while feinting his opponents to distraction. Moving to the American circuit in 1947 under the tutelage of Lem Moore, trainer of the great Willie Pep, Tom’s 17 second first round knockout of an opponent was, until recently, the fastest kayo in New England boxing history. Goody Peters, one of Tom’s final New England ring opponents would eventually become the manager and trainer of world middleweight champion ” Marvelous Marvin” Hagler.

Following his retirement from the ring, Tom’s passion for the sport saw him busy managing and training amateur and professional boxers in his adopted home city of Dartmouth, where his wife would be a long-serving mayor of Halifax’s sister city. Upon his discharge from the Navy, Tom McCluskey had coached and managed an Island amateur boxing team, fighting out of the late Joey MacDonald’s Sporting Club. Putting the same energy and dedication into preparing young men for a match as he had himself as a boxer, Tom quickly enjoyed great success as a trainer.

Under Tom’s direction, younger brothers Ace and Cobey would capture Maritime titles in the middleweight division, while Harry “Kid” Poulton won the Maritime welterweight crown . His first Canadian champion, Richard “Kid” Howard of Halifax, would fight most of the world’s top- rated lightweights of his era.  Another of McCluskey’s pupils, talented Cape Bretoner Blair Richardson, would achieve dominion boxing titles before his move to the U.S. circuit.  Among other notable boxers whom Tom nurtured to the peak of their fighting form, Buddy Daye would win the Canadian Lightweight crown, Lennie Sparks would take both junior and senior welterweight titles, Les Sprague the junior welterweight belt, and Dave Downey the Dominion middleweight crown. Another of Tom’s charges, Cape Breton boxer Les Gillis, gave so much credit to McCluskey following his Canadian lightweight victory that he offered him three quarters of his fight purse.

Tom’s most amazing accomplishment as a trainer, the two year transformation of Halifax kick-fighter Ralph Hollett into Canada’s top middleweight, highlighted a career which boasted a dozen Canadian champions. Always in demand to work in the corner for visiting top-ranked fighters, Tom had no equals as a “cut man” or ring strategist. His second nickname, ” The Owl” belied his unfailing mastery of the intricacies of the sweet science. In 1982 the Canadian Boxing Federation would recognize Tom’s Achievements with it’s ” Trainer of the Year Award.”

From his first fight to his final bow in the ring at age 24, from his first fighter Ivan Doherty to his more relaxing challenges these days on the Brightwood golf course, Tom McCluskey has exemplified intelligence, patience and grace under pressure. One of Canada’s most respected boxers, trainers, and coaches, “Young Tom” McCluskey is a most illustrious inductee into the Prince Edward Island Sports Hall of Fame.

Born in Charlo
ttetown, December 19, 1930, Louis Patrick ” Cobey” McCluskey, the youngest of the fighting McCluskey Family, is today best remembered as the only Eastern Canadian fighter to defeat the legendary Yvon Durelle twice. Of the first seven matches between the two men, the story goes that Cobey hitchhiked to Baie St. Anne, N.B., asked where the arena was, and was told that the fight was taking place in the churchyard, on grass, with four stakes hammered into the ground to mark the boxing area. Cobey received $36 and a bag of lobsters for the fight, and thumbed his way back to the Island. Another brawl between the two, before a packed crowd in the Charlottetown Forum, ended in both fighters being disqualified.

The most solidly built of the McCluskey boys, Cobey would never be knocked out in a boxing career totaling 35 amateur bouts and 75 professional contests, failing to go the distance on only four occasions. Fighting his first match at age fourteen in March 1944, and retiring from the ring in September 1961, Cobey boxed throughout Canada, as well as New England, New York, Detroit, Chicago and New Orleans. His fights ranged from the welterweights through to the middleweights, light-heavyweights and the heavyweights, his highest purse for a fight being a mere $500.Not blessed with the same knockout hitting power of the other McCluskey boys, Cobey’s trademark in the ring was swiftness afoot, a beautiful left jab, and a chopping right.

Following Cobey’s serious heart attack in 1991, friends of the veteran boxer organized a special evening in Dartmouth for McCluskey the following year, their other special guest being none other than Yvon Durelle, the wild-swinging fighter who had come so close to winning the world light-heavyweight title from Archie Moore in 1958.

In poor health in later life, one remembers the stylish and superbly-conditioned Cobey, master of the lost art of feinting, and as delicate on his feet as a dancer. He remains one of the heroes of Maritime boxing. Louis “Cobey” McCluskey is a most cherished inductee into the Prince Edward Island Sports Hall of Fame.

Louis “Cobey” McCluskey passed away on March 24, 2004. His obvious love for the sport of boxing remained undiminished until the end of his life.

Born in Charlottetown, September 3, 1926, Bernard “Ace” McCluskey would begin his career in 1937, aged eleven, continuing to fight for the next 22 years, retiring in 1959. In his 127 professional fights, fought as far afield as Canada, the United States and the Dutch West Indies, the square- jawed, pug-nosed Ace fought a crowd-pleasing, bruising southpaw style of boxing.

Starting as a 60-pound paperweight, Ace would remarkably move through every weight division in boxing. At his peak in the mid 1940’s as the Maritime’s middleweight champion, knocking out Moncton’s Billy Landry in the first round to become the leading contender for the Canadian title, McCluskey would finally call it a day as heavyweight in 1959.  Often fighting twice a month, the durable Ace relied on powerful arms and broad shoulders to deliver stunning blows from either hand. Only knocked out three times, Ace would win over fifty fights by way of knockout. During one memorable stretch in 1946, while fighting out of New York City, the battling Irishman engaged in over twelve fights in seven weeks, winning every contest. With his decision in March of that year over New Jersey’s Johnny Harvey, it is notably the first time that an Island boxer ever fought at legendary Madison Square Gardens.

Losing only five of his 127 pro bouts, and one of those on a technicality, Ace (who now lives in Spring Brook with wife Barbara) never considered boxing to be work. In a recent interview, Ace observes, “If I had my day over again, I’d do it, right from scratch, I loved it so much.” Born, he reckons, thirty-two years too soon to have made any real money from this brutal sport , McCluskey matched mitts with the toughest fighters of his era, among them Yvon Durelle and Roger Whynott, the latter fighter being held to a ten round draw in 1947 before a crowd of over four thousand at the old Charlottetown Forum.

Ace embodied the guts and grit of the six ounce gloves and the unpadded canvas tarp floor. Bernard “Ace” McCluskey, the fighter’s fighter, is a most worthy inductee into the Prince Edward Island Sports Hall of Fame. 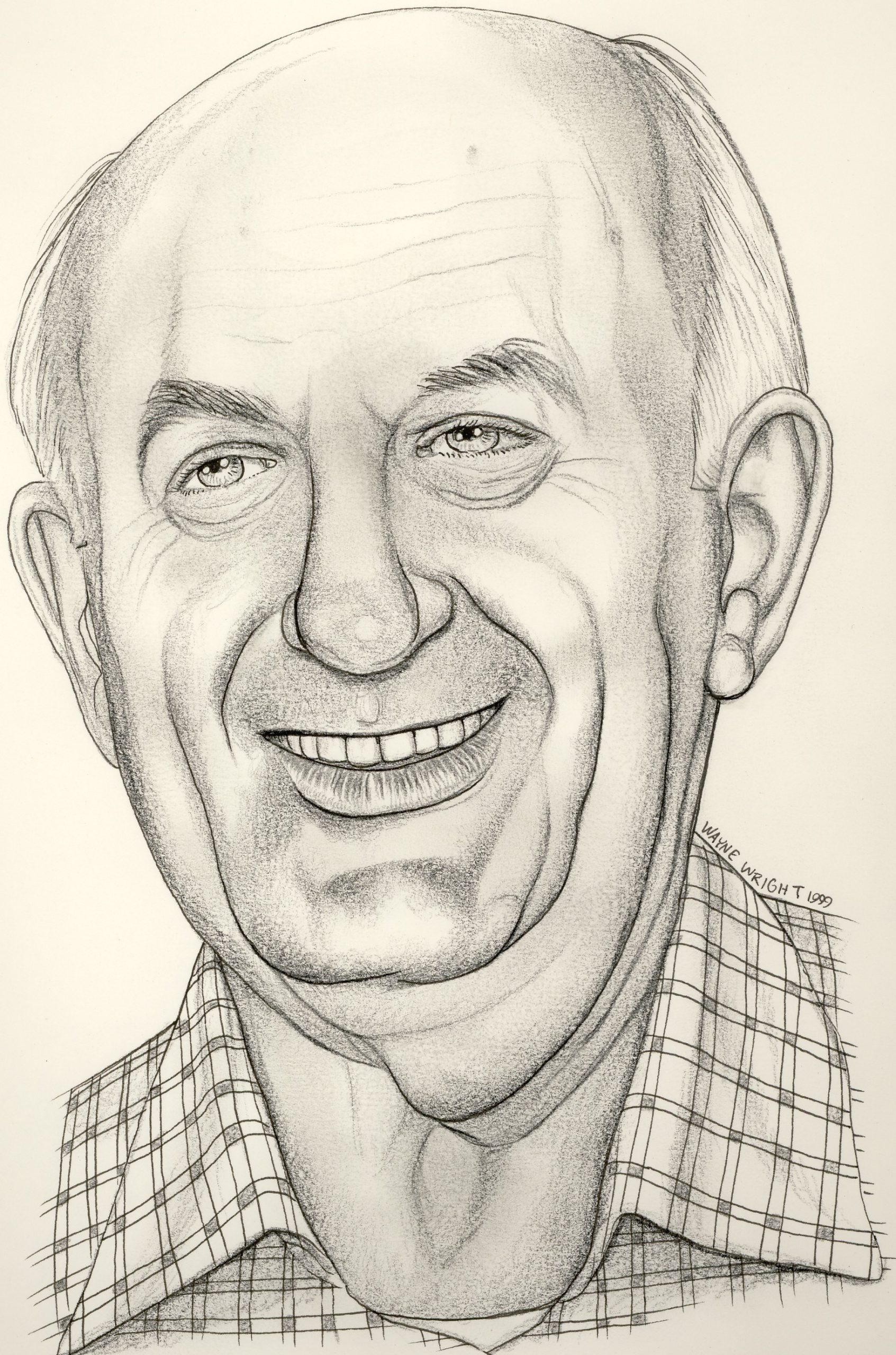 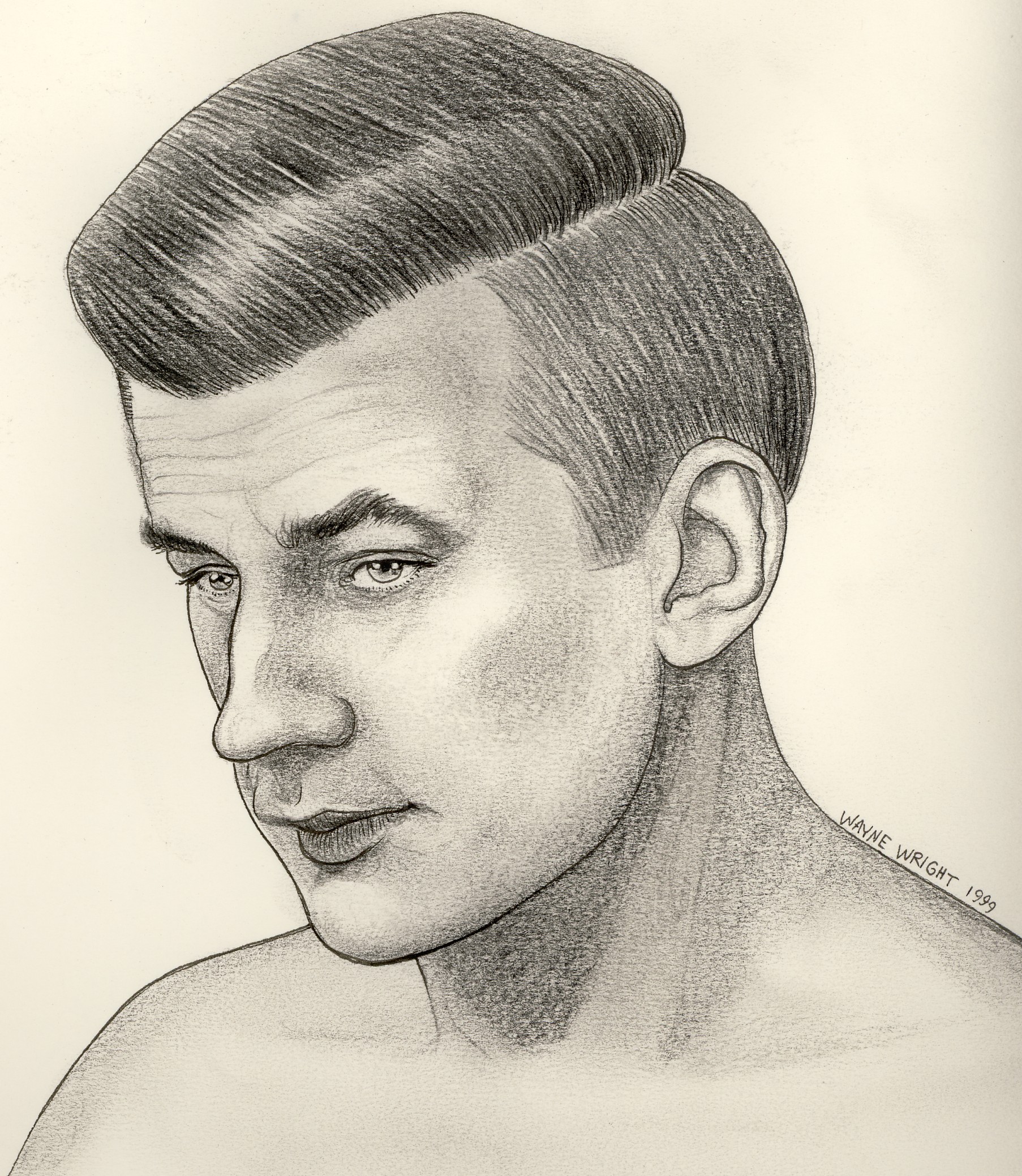 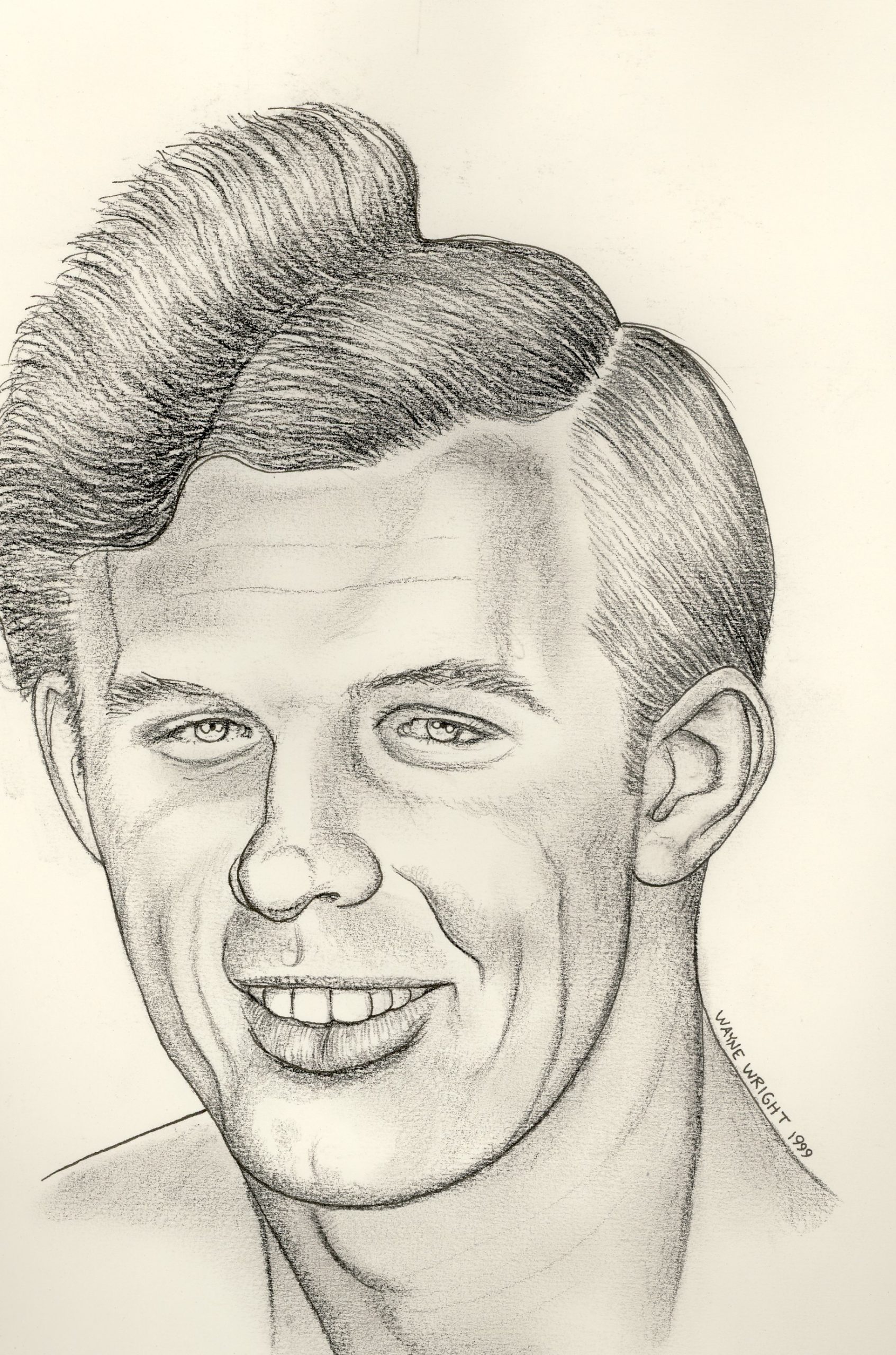 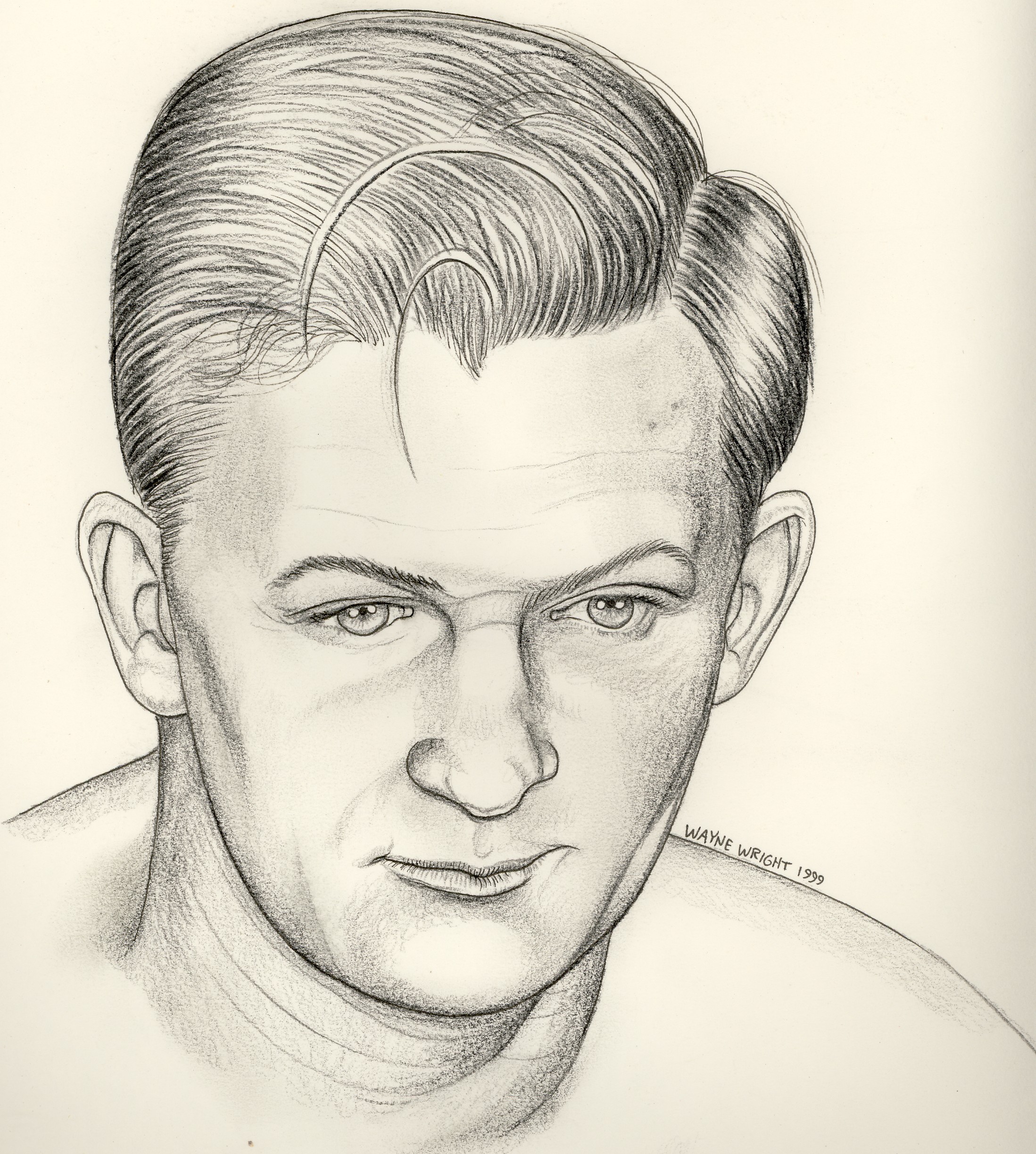 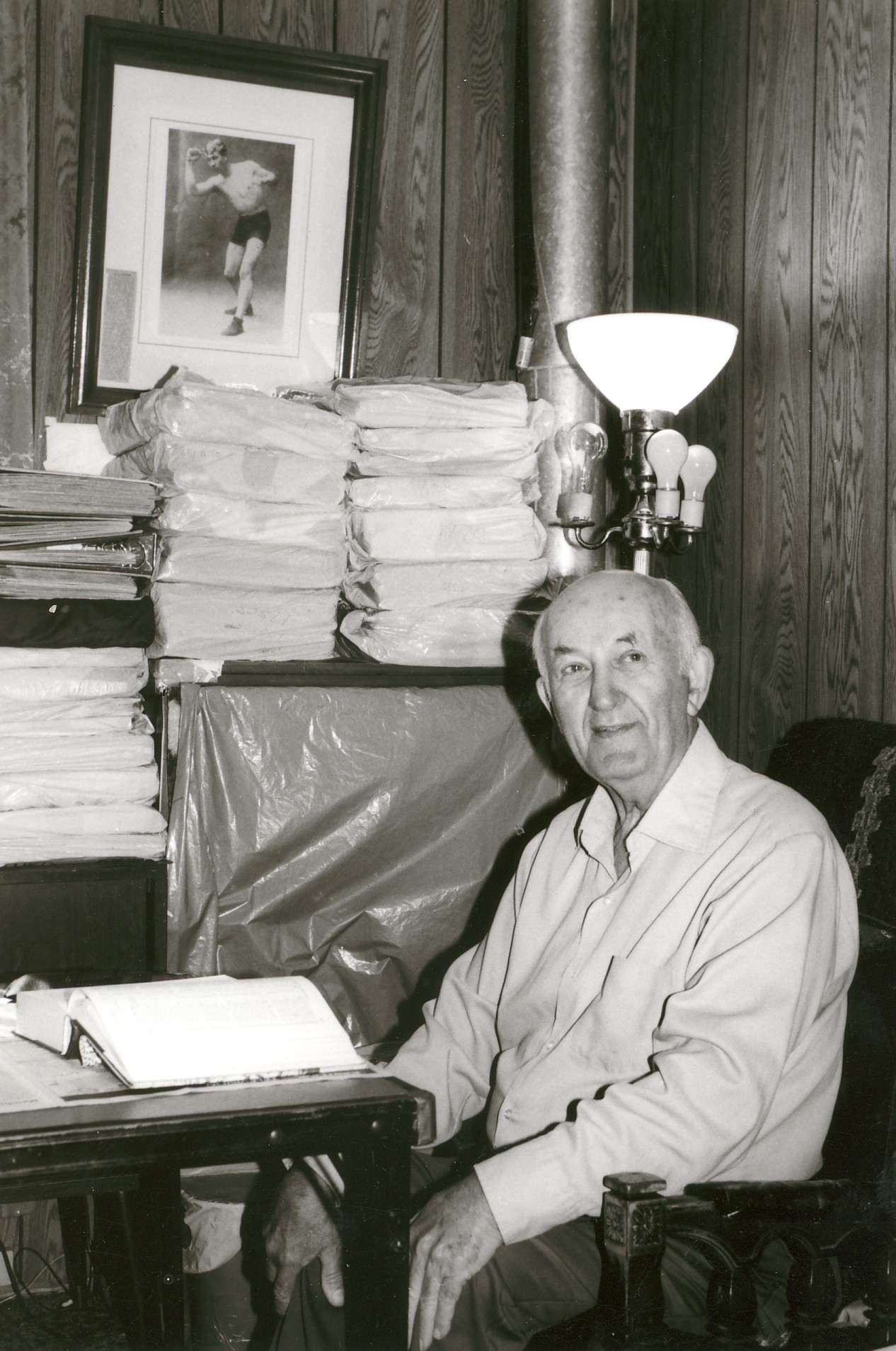 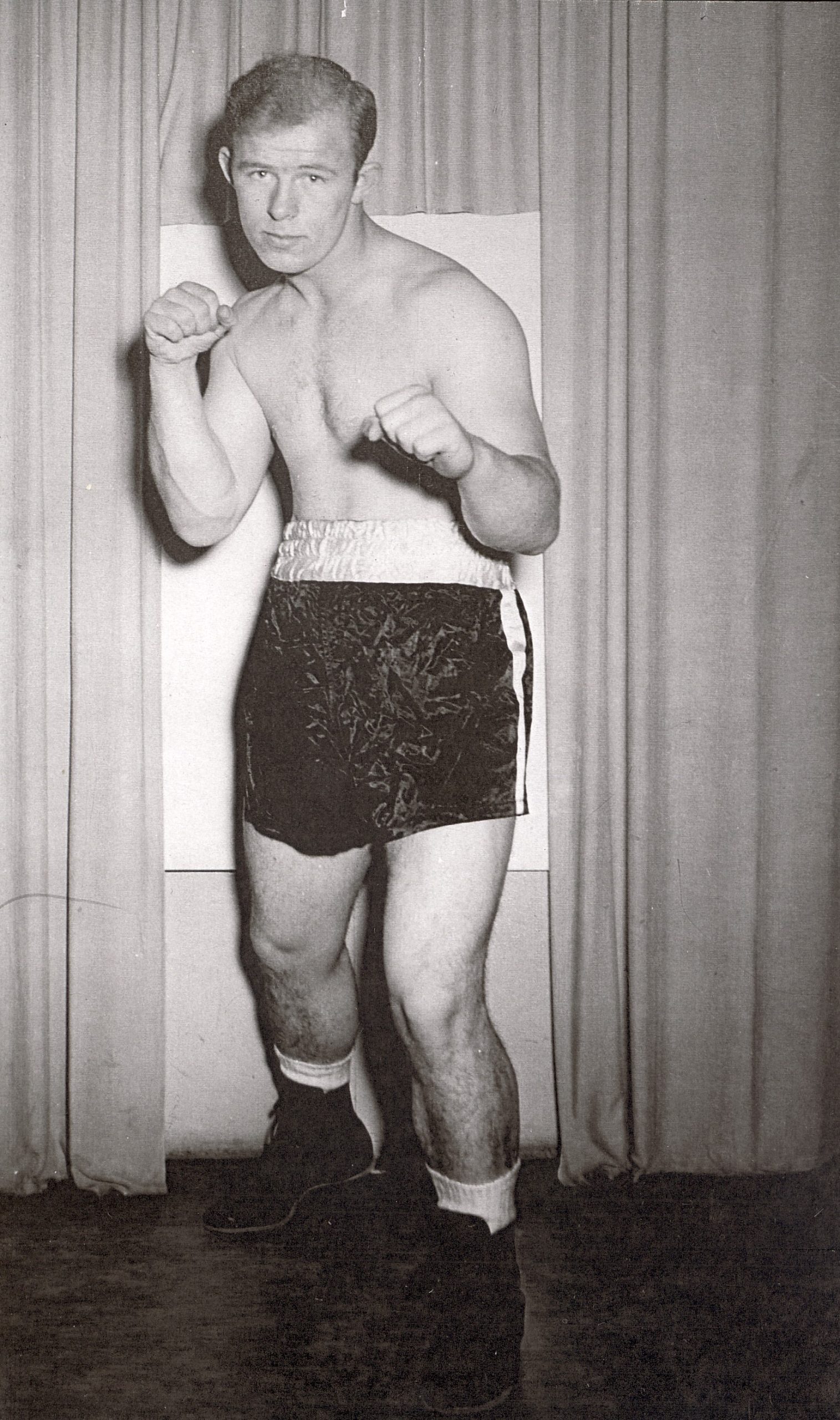