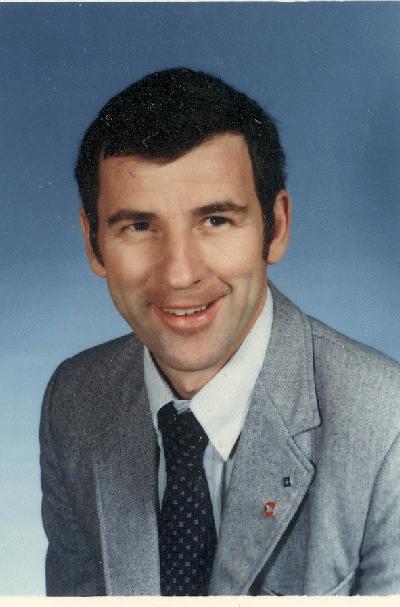 In addition to their own success, each of tonight’s honorees have had a deep impact on the lives of many. My Dad, George Morrison is no different, and no one has he had a deeper impact on than me. It is my honor to have a part in tonight’s procedings and more specifically to help share the story of a man who went from a small farm in savage harbor to the top of the Canadian basketball scene.

To properly tell this story one must begin with Dad’s playing career – yes there was one. Like many young boys, as a six year old I asked my father “Dad were you a good basketball player when you were in school?”
His answer was that.. “well in fact he had played on his Morell High School team, but the game that best summed up his career was one in which the Marlins were soundly beating the opponent (probably Souris) by about 30 points and the Coach still did not feel comfortable putting young George in the game”….. I don’t know who was coaching that Marlins’ squad but I can tell you despite the fact he was likely no Phil Jackson, he still knew that with Young George on the court – no lead was safe for either team!

Some Father’s might have exaggerated slightly in such a situation with a six year old, but not my dad – he told me straight up. But what else was he supposed to do, by the time I was 7 I was the one letting HIM win at 1 on 1!

The immediate question that one asks oneself after hearing a story like that is ‘How does such a lackluster player grow up to become the first man ever elected to the PEI Sports Hall of Fame in the sport of basketball? Perhaps we owe it all to that Morell High Coach – for if it were not for him – Young George never would have become so comfortable with the place he would later make history – the bench.

The man who later became known as “Coach” would not only build the sport of basketball to previously unimagined heights on the Island, but also he would write and re-write the record books while doing it.
His stats and records have been published throughout the lead-up to tonight’s event but I thought I would provide a quick review one last time and help put some of these accomplishments in perspective.

• Dad began his official coaching career with the Morell High Lady Marlins, leading them with wife Anne as co-coach to back-to-back provincial titles. The first titles of the kind for Morell High.
• After a 2 year stint as assistant coach with the UPEI Lady Panthers under Head Coach Herm McNeil, He took over as head coach and led the team to 3 straight play-off appearances and his first conferenceCoach of the Year award.
• When given the opportunity to switch to the Men’s Panthers, he accepted the challenge and took a program that had never won an Atlantic championship and took it to the AUAA final twice in his first 3 years including the 1985-86 season in which a Panther squad led on the court by TJ Alleyne, Mike Morgan and Delroy Adams beat Acadia to win UPEI’s first conference championship in men’s basketball
• This accomplishment was followed by many more at UPEI over 17 yrs Including:
o UPEI being the #1 ranked team In Canada 1985 (never before or since)
o Beating the #1 ranked team twice (never before or since)
o Being named Conference Coach of the Year (1st man to win both men/women and only 2 all time have done this)
o Winning back to back Conference Championships in 1988/1989
o Winning back to back regular season titles 1990/91
o Winning 47 straight games at home (4 seasons / 2 buildings )
o Qualified for Playoffs 17 times in 20 total seasons at UPEI
o Qualified for 2 CIS Final 8 Tournaments
o Was named PEI’s Coach of the Decade for all sports by the media 80s
o Won a total of 303 games and recruited 25 conference all-stars

Of course his career at UPEI would be plenty for us to be here honoring Dad, but that was not where he stopped.
• In 2004 he became the first head coach of the inaugural CCAA program Holland College Hurricanes.
• Has led the team to 53 conference and 84 overall wins and 2 conference silver medals in 2010 and 2011

How this high school bench warmer became the greatest basketball coach in PEI history was by no means a stroke of luck or an accident. Everything George Morrison has accomplished in life has been done with a great deal of hard work, careful planning.

When I polled some of Dad’s former players leading up to this event, almost to a man the first thing that came to their minds was Dad’s work ethic and organizational skills. None of us realized when we were playing for dad, but now having spent our own time in the “real world” we can better appreciate the type of person required to lead a successful basketball team as a part-time coach!

Of course there was nothing part-time about the job that Dad did at UPEI where for 20+ years at 3PM he switched from grade 11 math teacher to head coach of one of the most successful Canadian basketball programs of his time. To give you some perspective I am one of 43 current head coaches in mens university basketball… there are no part-time coaches and most of the 42 other coaches would think I was joking if I was to tell them the type of work schedule my father took in on a daily basis while teaching full-time.

Since starting my own coaching career I have come across many former players who are not coaches or parents whose first comment when learning my family history is that they once received a hand written recruiting letter from George Morrison at UPEI.

Since news of dad’s induction became known, I have receoved numerous comments that echo the sentiments of myself and many other Panther alums. This package of emails represents only a small portion of the many old players and friends who have passed on their support from afar. This is not a surprise to me because I witnessed first hand Dad’s most impressive accomplishment of all – (and one my mom deserves equal credit for) Which was their willingness to open our family to 12-15 young men each year. The Panthers were not just a great basketball team but also a strong, caring and dynamic family. Whether it be gathering for thanksgiving dinner at the Morrison home, driving out to Morell for some extra tutoring, taking a homesick player out to dinner, assisting with the various personal issues that can come up in the life of a 18-24 year old and most importantly always acting as a father figure and role model to many young men who have suited up for UPEI and Holland College – many of which did not enjoy such leadership in their own home lives.

Not only was George Morrison a great father to about a hundred student-athletes over the years, but there was never a day that he did not remain an even better father to me during this entire time.

Never did his overloaded schedule, pressure of winning, or problems at work affect our relationship. The 30 mile drive to Morell is a symbol of Dad’s work ethic but it was also a chance for us to talk and spend time together – you can imagine the amount of basketball talk that took place on those drives and how much it has affected my career today. In fact we still have those conversations and just yesterday on the eve of this honor my dad and I had a 35 minutes phone call on the merits of the 4 Out motion vs the 5 Out open post offense that we are both considering running this season.

His accomplishments on the court are what some will remember dad best, but to me the fondest memories of the 80s and 90s are on the baseball field where he coached my summer team from the age of 6 to till 21. Together he, I and 7 of my closest friends went from mosquito to the Canada Games together. During that time My Dad would have thrown me batting practice likely 4-5 times a week and always at least 100 swings. Yes his pitching form is bette
r than his shooting form but no more accurate.

My Dad has set a great example for me and each day I take pride in trying to live up to his standards of hard work, family and citizenship. Having now been a university level coach myself for 9 years – many people, including some in this room, would say that I have already mastered his “energy and passion” on the bench – however it would take me several lifetimes in this sport to reach the level of respect he has from the national basketball community – not only for his past success but more for his gentlemanly demeanor and ability to “leave it on the court” and be the same great person after a win or loss

On behalf of the many young men and women he has had a positive affect on I would like to thank him and congratulate him on this well deserved honor.