The PEI Sports Hall of Fame was saddened to hear of the passing of Tom Wallis just before Christmas, who at 93 was the oldest living member of the Hall.

Tom was an outstanding builder of soccer who got the “Ball rolling” when he formed the first association in Charlottetown in 1973. For many years he was PEI Soccer President, Referee-in-Chief, coach, administrator, and public relations manager.

The Hall’s deepest sympathies to his family. 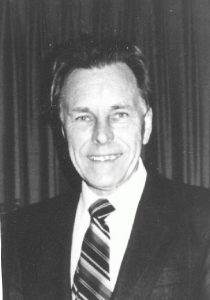