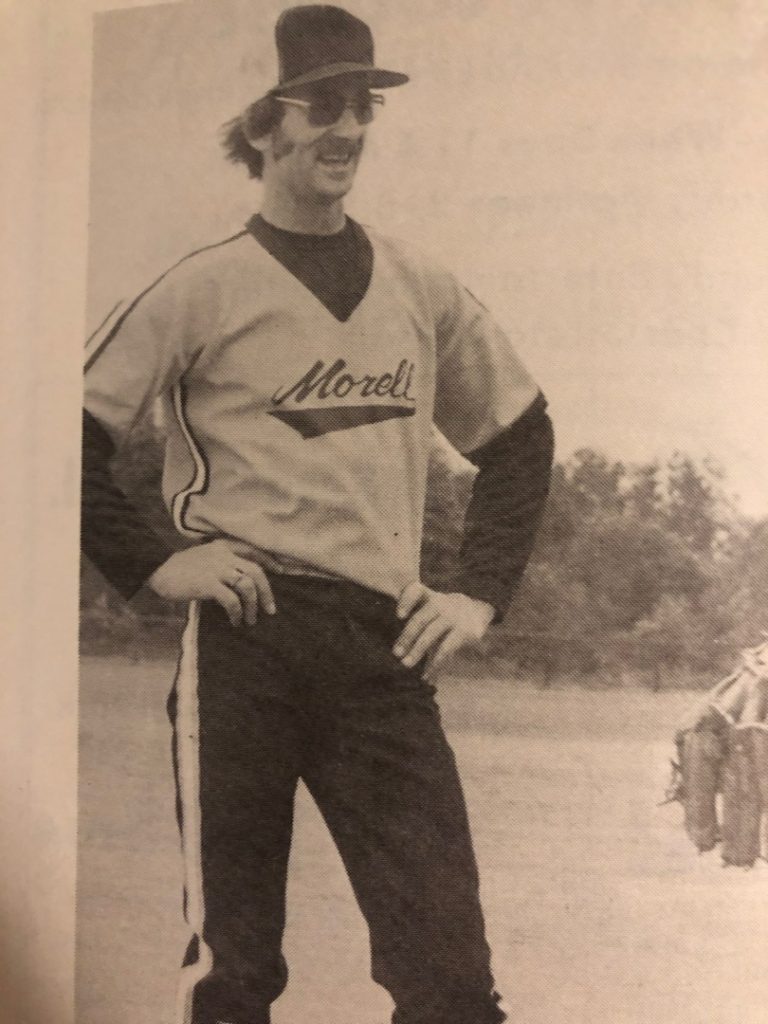 In 1980, renowned Evening Patriot columnist Bill Ledwell wrote that “someday, someone will attempt to compile a record of Louis Murphy’s mound achievements with Morell. It will be no simple task.” I’m sure Louie’s daughter, Rachel, can attest that this compilation was no small task, as Louie’s achievements were numerous. In the same article, Bill Ledwell wrote that Louie is a “prime candidate for a membership in the Island Sports Hall of Fame, which will happen when he decides to call it quits at some point.”  Well, folks, after 7 decades on the mound, and at the spry age of 80 just a few days ago, here we are to rightfully honour Louie and his achievements. There are plenty of Island baseball stories told through the years, many folks in this room tonight have been part of those stories. However, very few stories are told of an individual of Louie’s caliber.

Louie was born and raised in Morell on November 30th, 1941 and now resides in Charlottetown. His love for baseball started when he was 7 years old. He and his cousins’ built their own baseball diamond in a field beside the family homestead in Morell Rear. The backstop was an old bed spring, but they were nonetheless proud of their efforts and ready to play ball.

Growing up, Louie did not have any formal instruction into the art of baseball. Simply put, he was a natural. He taught himself to pitch using an old tire. Louie would pitch into that tire for hours at a time, every single day. It was that drive, determination and passion for the game that resulted in him being one of PEI’s finest pitchers of all time.

Louie’s baseball career began in 1953 when he was 12 years old. He walked 2 miles each way to play ball in Morell, playing for five years before he got his first call to the mound. He laced up his cleats for the last time while playing in the National Old-Timers tournament in the place where it all began, in Morell. His final performance on the mound took place in 2012, making him 70 years of age and capping off 7 decades of pitching competitively.

In 1963, Louie started playing with the big team in Morell, the Meteors. It did not take long to prove his worth and tremendous talent. Louie “Iron Arm” Murphy was known to pitch two and sometimes three games in a row. His exceptional fast ball and ability to play any position were a constant threat to the opposing teams. He was one of the few players that given his natural talent and athleticism, ensured success at any position on the field.  He was a hero at the plate when the team was in a crunch for runs. He was a crafty pitcher, capable of working any corner from the mound. Pitching wasn’t his only strength, on the field, he always came through with winning hits, including home runs.

Louie’s many hours of mental preparation, known today as visualization, enabled him to become a master on the mound and of the game. His complete understanding of the game, as well as countless hours of strategizing were the foundation for his success.

It has been documented that Louie pitched in 525 games between the ages of 17 and 38, but we all know he played many more games before he hung up his cleats at the age of 70. Louie was fortunate to play in the days before a pitch count, which was the reason he pitched a historical 16-inning game, the day after he pitched a 9-inning game to bring home the Provincial Championship.

He was known as a fierce competitor and in his own words at the 2012 Canadian National Old-Timers Baseball tournament, he said “it didn’t matter if I was 17 years old or today,… I still have the competitive spirit to challenge and win. When I was younger, I went right after the hitters, but as the years piled on, I made a few adjustments and worked more on location than power.” In the exhibition game on Sunday in Charlottetown, Louie faced six batters and struck out four. Louie’s natural ability attracted scouts from the Montreal Expo’s in 1971. Upon learning he was 30 years of age they felt he was too old and as a result, their interest waned. Boy oh boy, were they ever wrong!

Louie wasn’t just successful as a player. He was a mentor to many and shared his passion for the game through coaching at all levels, including coaching his own son Tyler. In spite of his many accomplishments in the sport, Louie continues to be humble about his achievements, as he is in life. Louie has enriched the lives of many on and off the field. His contributions to baseball on PEI are invaluable and the stories about Louie Murphy will continue on forever.

Louie is a very worthy recipient for this induction into the PEI Sports Hall of Fame. 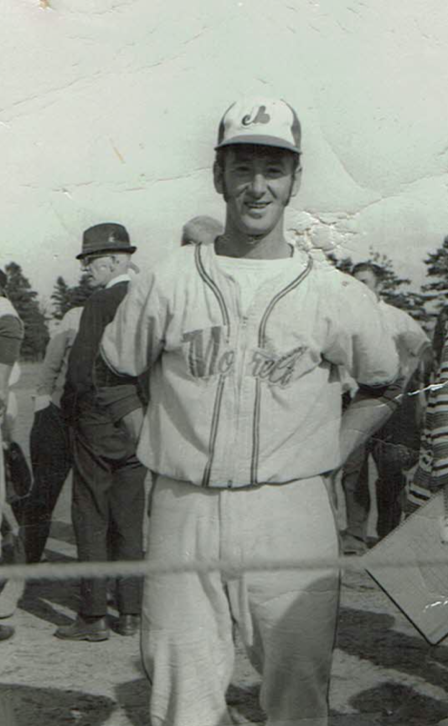