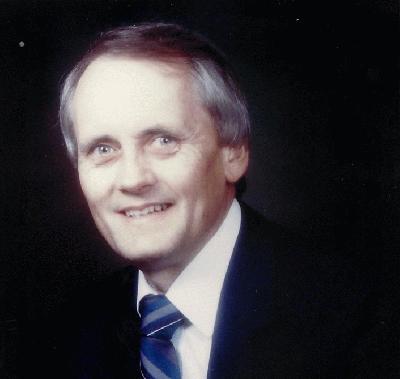 It is said that leaders are often ordinary people who are blessed with virtues that impact the lives of others and enrich the world around them.

Such a man is my father, Jerry Muzika, and throughout his life in curling, he has displayed the qualities of great leadership – the ability to inspire, encourage, and above all, to get the job done with as little fuss or fanfare as possible, while at all times remaining honourable and steadfast.

Born in 1939 in Radisson, Saskatchewan, Jerry learned how to curl at the local two-sheet club, starting at an age that still required him to put both feet in the hack to enable him to push hard enough to get the rock to the other end. It was not long before Jerry and the other young curling enthusiasts started putting glue on their shoes to let them slide further in their deliveries. One of Jerry’s practice partners was Jim Pettapiece, who later became a two-time world champion.

In 1963 Jerry married my mom, Margaret, and in 1971, while working with Revenue Canada, he came to PEI, where he began curling at the Charlottetown Curling Club.

Within a short time he had established himself as one of the finest in the province, and in 1974 he played second on Bob Dillon’s team which won the provincial championship, securing a berth at the Brier in London, Ontario. He had to wait sixteen years before his next nationals appearance, with Boyd White at the Canadian Seniors in Whitehorse, and in 1993 he made what was to be his last appearance at a national, teaming up once again with Bobby Dillon at the Seniors in Edmonton.

However, it is as a curling builder that we are here tonight to recognize Jerry Muzika. He has always enjoyed the behind the scenes work, the helping and the organizing, and his curling executive career really started in 1976 when he served as treasurer with the Charlottetown Curling Club.

From the club scene he graduated to the provincial association, serving various positions before becoming president in 1979, and then moving on to become the Island representative to the Canadian Curling Association, before joining the national scene in 1982.

After six years in various vice-presidential capacities, Jerry became top-dog in 1986/87, following in the footsteps of the Honourable Thane Campbell who was national president over 50 years earlier. Very few Islanders in any sport have ever become the national president, and it remains an accomplishment of significant magnitude.

Canadian curling was going through a difficult time in the 1980s – there was considerable discussion, and, at times, hard-feelings over the issues of sponsorship, and the Canadian Curling Association was at times under pressure. There was talk of a split from the International Curling Federation, and Canada’s participation at the World Championships was threatened.

However, Jerry’s common-sense leadership steadied matters, and he came through with his reputation enhanced as a leader with great personal attributes. The Presidency also had its lighter moments, and one of the highlights of his presidency was presenting the Canadian Mixed Curling Championship trophy to the Peter Gallant Rink when it won in 1987, the first time a province east of Ontario had won since 1964.

In 1987 Jerry was appointed as a director to the International Curling Federation, and it was in the late 1980s that he became involved with the Canadian Curling Hall of Fame – for that esteemed body he has served a total of three terms as President, and was actively involved in the Hall for many years.

Indeed, when it comes to curling, there is very little that Jerry hasn’t done, and he has been a committed volunteer at all levels, from the boardroom, to serving on organizing committees, doing whatever was needed to make the event a success. He defines the word dedication.

Yes, he has been honoured, but the love of the sport and his commitment to its preservation is what has driven him. He is a member of the Curling Hall of Fame, inducted in 1989 as a builder, and he holds Honorary Life Memberships from both the Canadian Curling Association and the Charlottetown Curling Club, both presented in 1988.

In 2003 he also received one of the sport’s highest honours when he was inducted into the Governor General’s Curling Club, a membership which is limited to just 100 at any one time, and one which recognizes those who have made an outstanding contribution in promoting and fostering growth in the sport.

It is fitting that Jerry has become a member of the PEI Sports Hall of Fame. He has always been a keen student of the sport’s history – he has been writing and researching for a number of years – and he has become a champion of other people, making sure that their deeds on the curling rink have not been forgotten.

Indeed, for the PEI Sports Hall of Fame he has been the nominator for six current members, and every year the Hall sees a new batch of nominations come in, all bearing Jerry’s signature.

In 2007 he was tireless in setting up the PEI Curling Hall of Fame, which held its first inductions right here at the Silver Fox one year ago, and he has also been responsible for the PEI Curling Association setting up Life Memberships, and to date nine people have been recognized in this manner.

We are very proud of him, as is the curling fraternity in this province, and it gives me, and our family, great delight to refer to him by a title he richly deserves – Jerry Muzika, Hall of Famer.