The PEI Sports Hall of Fame has announced its class of inductees for 2020. Allan Andrews (hockey, builder), Harry Poulton (harness racing, trainer/builder), Peter Gallant (curling, athlete/coach) and Louie Murphy (baseball, athlete) will all get the nod to join the Hall of Fame, once permission is given to hold its annual inductions. 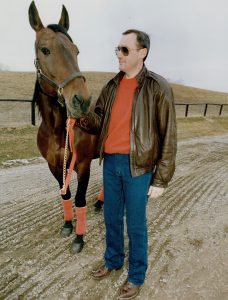 “We are delighted to welcome Allan, Harry, Peter and Louie to the Hall” said chair Paul H. Schurman. “All of them have made outstanding contributions in their different ways to their sport, and we look forward to celebrating their successes publicly when things settle down and we get back to normal.” 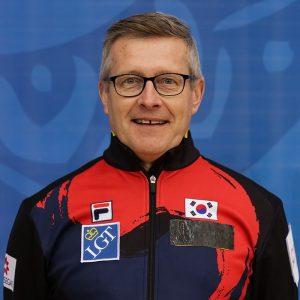 Cornwall’s Allan Andrews is one of the most well-known faces in hockey circles. A firm believer in the life-long benefits of sport, learning and physical education, Andrews holds some of the highest coaching certifications available, and in 1979 he started his first hockey school.

In more than 40 years, the Andrews Hockey Growth Program has become one of the most revered and respected in the hockey world. It was a pioneer in the development of women’s hockey, with many graduates of the school going on to play at the national and Olympic levels. His modern thinking on skating techniques in hockey have been adopted world-wide, and some of the game’s greatest players, including Brad Richards and Sidney Crosby, are all graduates of the school. The program has developed satellites throughout Atlantic Canada and the North, and the School has conducted camps in Europe. Students come from across the world each year to enroll in the programs.

In 2018 Andrews was recognized with the Member Insignia of the Order of Canada. 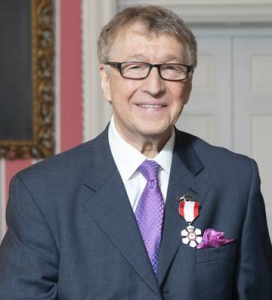 Charlottetown’s Peter Gallant gets the nod for Hall induction for an outstanding curling career, both as player and coach. In an illustrious playing career, Gallant has won nine provincial men’s championships, four provincial mixed, a senior provincial title, and a Canadian mixed championship, won on home ice in 1987 in Summerside, where he skipped the team of Kathie Gallant, Phillip Gorveatt and Simone MacKenzie to a national title.
In recent years he has become one of the most sought after coaches in world curling, guiding numerous teams including working with the likes of Brad Gushue, Suzanne Birt and his son Brett’s rink when they were dominant on the junior stage. Arguably one of his finest achievements was guiding the Eun Jung Kim team of South Korea to a silver medal at their home 2018 Winter Olympic Games.

Forty years of outstanding success in training horses has earned Harry Poulton the call to the Hall. Moving out west when 18 years old, Poulton has the distinction of training not just one, but two World Champion horses.

Teaming up with owners Gordon and Illa Rumpel, Poulton turned On the Road Again (bought for $10,000) into a horse that earned over $3 million in three years, twice winning Canada’s Horse of the Year in 1984 and 1985, in addition to being named both Three Year Old Pacing Colt of the Year, and Aged Pacing Colt of the Year. Notable race wins included both the Meadowlands Pace and the Canadian Pacing Derby.

Remarkably, Poulton trained another world champion in Matt’s Scooter, who won more than $3 million and was another two time Canadian Horse of the Year. Poulton’s tremendous achievements have seen him win the Canadian Trotting Horseman of the Year in 1988, and Glen Garnsey North American Trainer of the Year award in 1989. That year also saw Poulton train and drive Stargaze Hanover to victory in the Gold Cup and Saucer.

The rubber-arm of Morell’s Louie Murphy has seen him star on baseball diamonds for an incredible seven decades. A legend in King’s County baseball for Morell, Murphy pitched his first game at age 17 in 1963 and was the workhorse as the Morell Meteors and Beavers dominated PEI and Maritime baseball circles for two decades, and then for the Morell Chevies during their successful stretch with the Nova Scotia Senior Baseball League.
Wildly popular, and a star on the mound with excellent mechanics and command, Murphy went on to enjoy many years in old-timers baseball, where he continued to be a dominant pitcher. In 2012, at age 70, he pitched in the National Old-timers tournament held in Morell. His career saw him pitch in more than 550 competitive games. 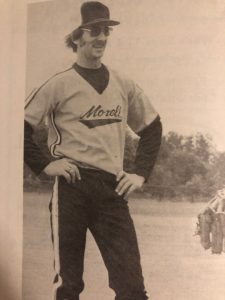 Sportswriter and Hall of Famer Bill Ledwell called Louie Murphy a “shoo-in” to enter the Hall of Fame, and this prophecy will be realized when he takes his place as part of the induction class of 2020.

The PEI Sports Hall of Fame thanks all who made nominations this year, and recognizes the continued support of the City of Summerside, the Provincial Government Department of Health and Wellness, and the PEI Mutual Insurance Company.