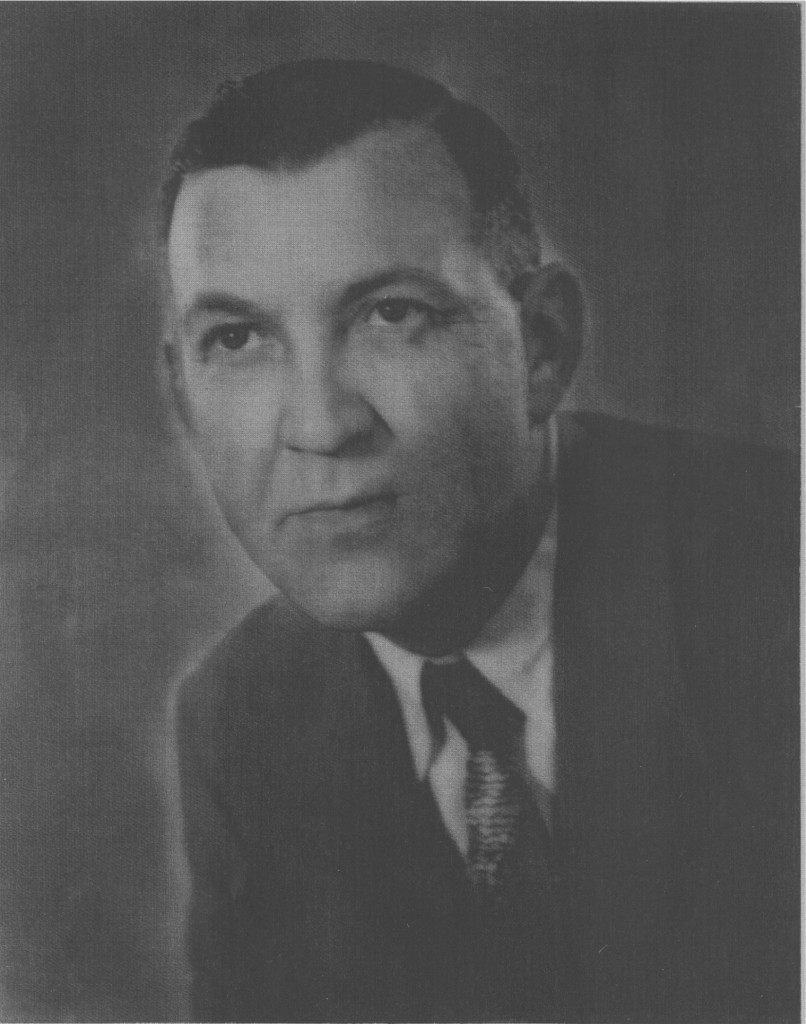 Andrew “Andy” Perry was a man of many parts whose philosophy on life was simple – “can do, will do”…..

He grew up a poor French boy from a fishing family born in the community of Mont Carmel in 1903. During the World War 1, the Perry family moved to Summerside, where he began to old himself as an entrepreneur, innovator, volunteer and businessman…but first, he had to teach himself to read and write in English.

Andy rode the rails to work the harvest in the west, played poker, liked a gamble, and began to fall in love with the horse races. He became adept at seeing golden opportunities, one of which, and we should whisper it quietly, was prospering in the rum-running trade during the prohibition era. Those opportunities he seized saw him become an award winning fox farmer, long-standing successful restaurateur, municipal politician, and horse racing industry builder.

During the 1930s, Andy began his life-long association in the harness racing industry as a passionate horse owner, breeder, trainer, driver and builder. He also saw the value, and the necessity, to treat the industry as a serious but under-appreciated business.

This was never more ably demonstrated than his involvement in the Summerside Raceway. Aware that the track was falling into deep disrepair and facing financial ruin during the late 1940s and early 1950s, Andy spearheaded a group that become known as The Big Five with businessmen Harold Gaudet, JK Curran, Gerry Sheen, and SH Hewitt.

Together they took over the ownership of the Raceway, and signed a promissory note in the amount of $170,000 to cover the renovations which would include a new layout for the track, new grandstand, barns and a lighting system. The new track was officially opened on July 1, 1953, by Prime Minister Louis St Laurent in front of 15,000 people. It was accepted by many that Andy and his group had saved racing in Prince County.

Many prominent North American horsemen fondly recall their visits to Andy’s stable, remarking that his 12 stall barn was the place to meet as it was immaculate, with the harness shined, name tags on every halter, and a shiny brass plaque with the name of the horse on each door.

And one of those horses, Bay State Pat, became one of the biggest stars in North American racing. Bought by Andy for just over $300 (although one newspaper report said that he won him in a poker game) and considered a long-shot at best, Andy brought the best out of the horse, seeing something in him that nobody else could, and turned him from a trotter into a pacer.

The pair were almost inseparable, and with Hall of Famer Roach MacGregor looking after driving duties, Bay State Pat was on his way to the Canadian Hall of Fame, having won big races and broken track records all along Eastern United States and Canada. When Andy sold him later for $22,000 he was at his peak of his career, and in total Bay State Pat had over $150,000 in career winnings.

Andy knew that a horse like Bay State Pat only came around once in a lifetime, but he persevered in the game he loved and went on to own many other notable horses. But as he himself always said, there was only one Bay State Pat.

During the autumn of 1960, the newly organized Prince County Horsemen’s Club was named with Andy as a proud member. During his tenure the Raceway instituted night racing and ice racing programs on the Summerside Harbour, and on becoming President in 1968, he was instrumental in helping to create the first Governor’s Plate that was held during the Summerside Lobster Carnival in 1969.

As stated by Heather Irving, Andy’s granddaughter in her book, “Andy’s”, “Harness Racing was as much a part of Andy’s life as breathing. He absolutely loved horses and anything to do with the sport of harness racing.”

But he was generous in many other areas too, most notably in his support of women’s hockey, sponsoring ball teams, and the sizeable donations he would make to create the curling club, the hockey rink, and countless other facilities such as the hospital.

And with his time, he would be generous as well, always happy to help out with advice and opinion, and his restaurant became a popular meeting point to discuss and dissect all aspects of the racing game, as well as politics and all areas of City life which he so loved. And all done willingly and unconditionally, simply to help support his community, and its citizens within.

On his passing in 1970, the Journal Pioneer wrote a background sketch on Andy Perry with the affectionate headline, “Legend of Mr Race track will live on forever.”

Indeed it will, and to that, we can now add, “Andrew Perry – Hall of Famer.”