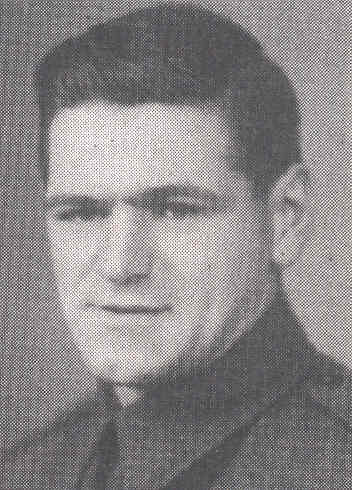 No one has given more to Island sport and asked for less in return than Art Perry.

Throughout his lifelong association with sport and youth, Art is perhaps unique in his contribution at every level: athlete, coach, linesman, referee and pioneering director of physical fitness for Charlottetown area. But it has been people, not public honors, that have mattered most to him.

Born March 10, 1920, in Charlottetown, Arthur Lemuel Perry as a boy displayed the essential characteristics of the natural athlete – strength and speed.

At age 10, young Art would set a provincial speed skating record in his age group, and go on to be one of the 1930’s leading speedsters. Rinks were scarce on the Island, but Art joined the West End Rangers, who played on the private rink of then Lt. Gov. DeBlois, and in 1935, this team would become the province’s first-ever Midget champions of the Maritimes.

Perry’s hockey career is impressive. He would be the hard shooting right-winger for the legendary Charlottetown Junior Royals of 1938-39, Eastern Canadian champs.

Upon the outbreak of the war, Art played hockey in whatever city he was stationed here and abroad. As fate would have it, he would meet his future wife Kay while playing for Sussex, England. After the war, he would turn down an offer to play pro hockey with the Sydney Millionaires in order to begin, along with Brigadier Bill Reid [inducted 1985] and Jim Hogan [inducted 1990], P.E.I.’s fledgling network of minor hockey, baseball leagues and amateur athletic facilities.

Nowhere was Art Perry’s immense strength and stamina more evident that on the rugby field. Before his mighty kicking knee was damaged by a stray side tackle, Art’s towering kicks were the stuff of legends as the Charlottetown Abbies and Nomads competed for the coveted McCurdy Cup.

Surgery and a metal knee brace borrowed from Wes “Bucko” Trainor [inducted 1983] could not repair the damage, and another chapter in the Perry saga regrettably closed.

It was common knowledge in Maritime circles that American scouts had eyed Art Perry as a potential kicker in the National Football League.

Art Perry’s baseball career in many ways parallels that of the great Charlie Ryan [inducted 1986]. Both men were catchers and powerful hitters. Among Perry’s outstanding stats was a league-leading .449 batting average with the City League Legionaries.

Despite sports injuries which would have defeated a lesser man, Art Perry would go on to a career as one of the Maritime’s leading linesmen referees, until a mild heart attack in 1973, forced him to retire from this branch of sport, which included a stint in the Maritime “Big Four” Hockey League.

Art Perry the athlete had few equals. Yet it is the Art Perry who would drag heavy hoses through the woods on Brighton Road all night long, so that “the kids could get a bit of skating” in Victoria Park, and be ready for a day’s work despite having had no sleep, that truly defines his greatness as a man. We can truly say that our Island is a far better place because of Art Perry.