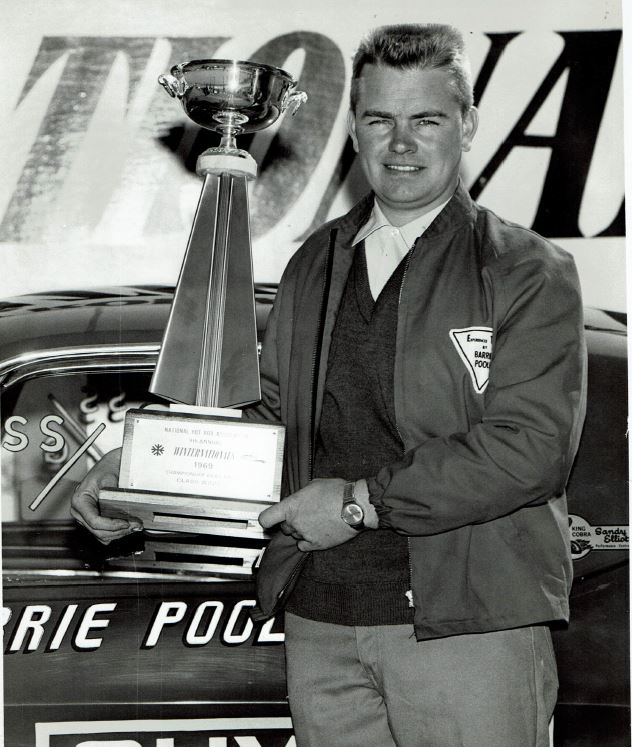 In front of 90,000 fans at the Pomona, California Raceway in February, 1970, sport history was made as Barrie Poole of Prince Edward Island became the first Canadian ever to win a major racing championship in a national United States drag racing meet.  Driving a SS/H Ford Mustang, Poole would capture the Top Eliminator Crown in the Super Stock category with a winning elapsed time of 11.26 seconds and a top speed of 117.34 m.p.h.

Born June 26, 1940, Barrie William Poole, who would become one of North America’s best-known drag racers, began his career at home in Roseneath, P.E.I., tinkering with the family’s cars along with his brothers and his father, Milton.

The transplanted Kings County resident began serious drag racing in Toronto, in 1965.  At this time, in Chatham, Ontario, Sandy Elliot was looking towards auto racing as a business promotion, and through Ford of Canada sought out Barrie Poole as Performance Advisor. Barrie also accepted the responsibility of preparing and driving the Ford dealership’s first drag car, a 1966 Comet Cyclone D/SA.  The car’s nickname “The Collector” was very appropriate, as Barrie accumulated 34 trophy wins and one Eliminator, as well as making the semi-finals in the D/SA Class run-off at the Indy Nationals.

Thus a Canadian Racing Team that would be capable of competing with the best cars in North America was created.  The 1967 season saw the introduction of the Super Stock Classes, so Barrie Poole created “Collector II,” a 1967 Comet Station Wagon with a SS/C 427 cubic inch engine, the fastest SS/C car at that year’s Spring Nationals.  Switching to a single-quad Fairlane hard top later in the season, the car was an instant success, running right on the class record.

Barrie Poole hit the World Championship Series points trail in the 1968 season with a new SS/EA Cobra Jet Mustang.  Driving this car, Barrie lowered the SS/EA elapsed time record to 11.87 seconds to win the Points Meet at Indianapolis.  For the Nationals, he switched from the automatic to a four-speed and had the fastest SS/E car at 11.32 seconds.

Barrie started the 1969 season by winning the SS/G Class at the Winternationals with the ’68 Mustang, but not before he turned in the unbelievable time of 11.16 seconds, which established his car as the world’s fastest Cobra Jet.  When the Division III Super Stock Circuit was announced, Barrie Poole was ready with a newly-prepared ’69 Mustang Cobra Jet, and he went on to establish records in the SS/J, SS/JS, and SS/I Classes.  He won the Divison III Super Stock World Championship Series Point Championship to earn a berth in the World Finals at Dallas, Texas where he set the new SS/H record of 11.27 seconds.

1970 saw Barrie Poole’s victory at the Pomona Winternationals in the Super Stock Eliminator establish a record time, making him the first Canadian to ever win a N.H.R.A. major “National” event.  At the Springnationals in Dallas, Barrie scored another SS/H win.  At the Indy Nationals, he registered a class win and qualified well for eliminators.  He would close the 1970 season with 3000 World Championship points to win his second consecutive divisional points championship.

In 1971, Barrie Poole surprised the Pomona spectators by winning his second consecutive Winternationals SS championship.  Titles such as “Border Bandit” and “Pomona Poole” were obvious dubs and were the results of Barrie’s dedication, determination and competitive spirit, which enabled him to steal the United States national crowns from his American competitors.

In recognition of his first Pomona victory, Barrie Poole was honoured by Ford of Canada as “Racer of the Year.”  The previous year, another special honour had been bestowed on Barrie when he was selected as Chatham, Ontario’s “Man of the Year,” a title whose previous recipients included another equally successful athlete, baseball’s great pitcher Ferguson Jenkins.

Barrie Poole’s racing career was interrupted following his return from the 1973 Winternationals, when he was seriously injured during an oval snowmobile race at Brussels, Ontario.  Recovering completely from this accident, Barrie went on to be a consistent prizewinner on the professional snowmobile racing circuit.

In addition to his excellence on North American raceways, Barrie is acknowledged as one of the finest builders of performance engines on this continent.  Carrying the “Poole Prepared” sticker on a competitive vehicle is almost a licence to win.  Racers of all sorts of vehicles – from cars, to snowmobiles, to motorcycles – seek out Barrie’s advice and special services.  It has been said, and many agree, that Barrie Poole’s contribution to the sport of racing as a Canadian had made the Maple Leaf fly more proudly. 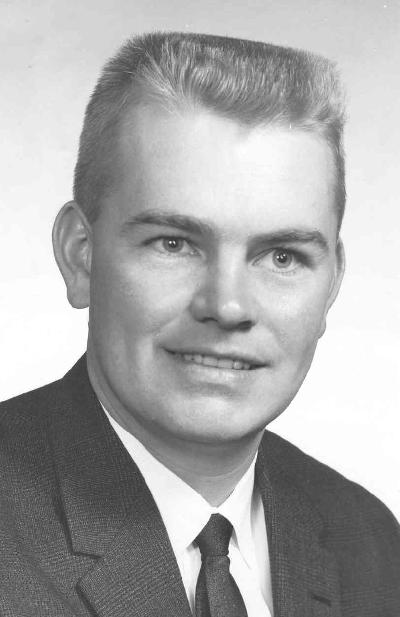 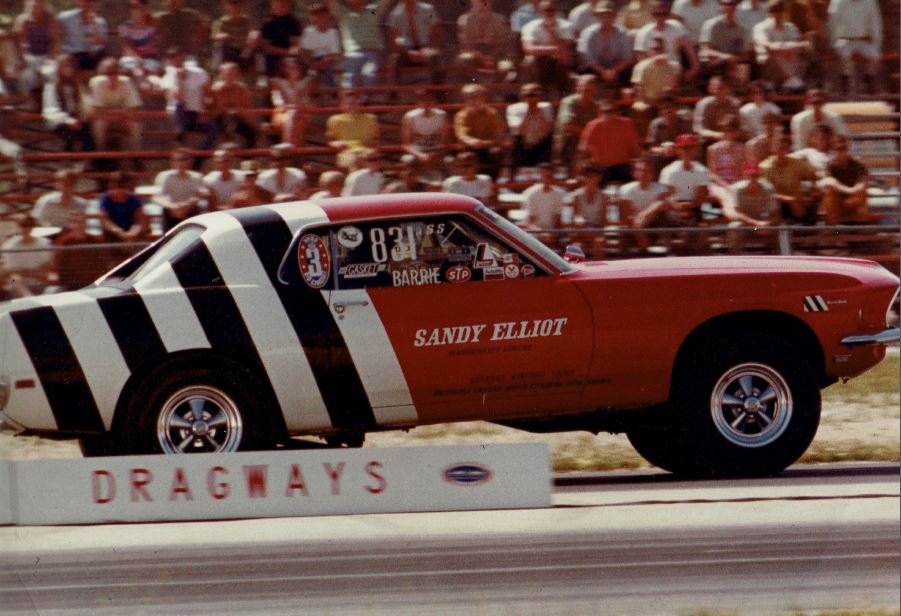 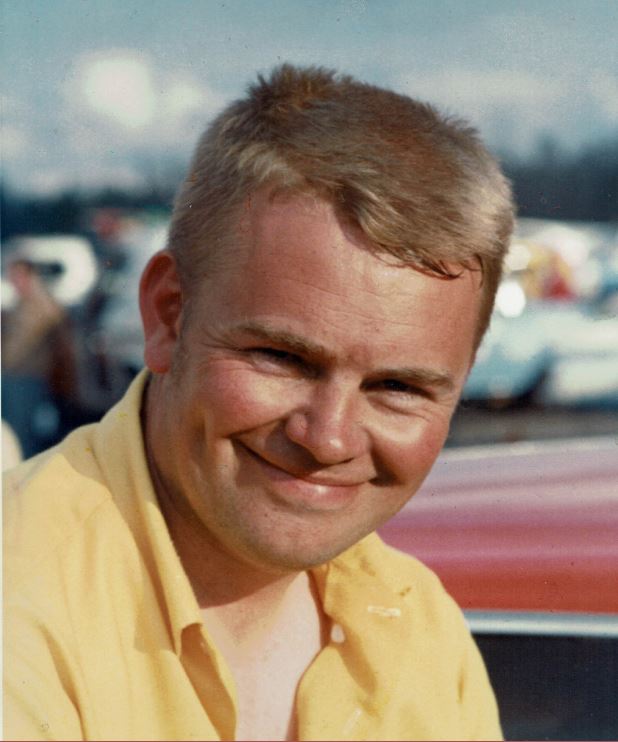