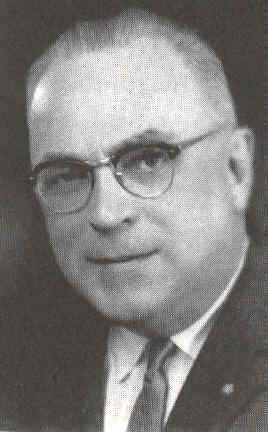 His life story is a litany of service to his country and his province, both in war and in peace. Brigadier “Bill Reid,” Prince Edward Island’s pioneering Director of Physical Fitness, can truly be said to have built better than he knew.

Brigadier-General William “Bill” Reid was born on February 1, 1913 in Charlottetown. As a young man, he actively participated in a variety of sports at West Kent School and Prince of Wales College, excelling in particular at baseball, basketball, rugby and hockey. Playing on the forward line with the Mount Allison rugby team, “Bill” Reid would be part of that university’s Maritime Intercollegiate Championship squad in 1933.

His military career began in the West Kent Cadet Corps, from which he transferred to the PEI Highlanders, NPAM. At the outbreak of World War II, Bill Reid enlisted in the active force, serving with various infantry units. Among the many highlights of his military service were mention in dispatches while with the Irish Regiment of Canada, the award of the DSO with the Perth Regiment, and command of the Royal Canadian Regiment, from which he retired as Lieutenant-Colonel. Following World War II, he organized the PEI Regiment, RCAC, and was promoted to Brigadier-General, with command of the 21st Armoured Brigade, from which he retired in 1955.

While with the 2nd Battalion in late 1945, Brig. Reid received a call. The call was to return to Prince Edward Island, to serve as this province’s first Director of Physical Fitness. Then premier, Walter Jones [inducted 1986], himself one of the province’s finer athletes back in the heyday of the Abegweit Amateur Athletic Association, had the singular vision to appoint Brig. Reid to the task of bringing sports and the physical well-being they engender to the Island community.

With only a $3500 budget, Brig. Reid faced an immense problem; there were virtually no facilities from which to base his sports program. Gymnasia were scarce, and only Charlottetown had the luxury of an artificial ice surface. While Summerside possessed its Queen Elizabeth Park, the memorial field was yet to be constructed in Charlottetown to serve as a centre for provincial events. With minimal help and finances, it would be the Brigadier who scrounged the necessary sports equipment, and organized a variety of Island teams and leagues from scratch, wearing out several automobiles in the process. Everywhere he went, from Tignish to Souris, the “Brig” promoted events to raise funds, and created contests of every sort, both school-endorsed and open. Officials had to be rounded up, cars and buses commandeered to carry participants to their destinations, ball fields graded, and ice-rinks flooded. And throughout this struggle, it would be Brig. Reid’s innate love of and belief in Island youngsters that inspired him to press on when others might have faltered.

In addition to establishing the little league system in baseball and the minor league program in hockey, Brig. Reid was instrumental in shaping the badminton program in both Summerside and Charlottetown. His natural familiarity with riflery as a result of his military service allowed him to help the Island achieve its post-war excellence in the rifle shot, serving as the commandant of Canada’s 1949 Bisley team. It would be the “Brig” who initiated the education of officials, with the assistance of his wartime colleague, Clarence Campbell, long-time president of the National Hockey League. The level of appreciation the Island community felt for Brig. Reid’s efforts was made clear on May 3, 1956, when, during a surprise gathering, hundreds of cheering little leaguers and minor hockey players presented the “Brig” with a car; their numbers increased by troops of scouts and cubs, cadets, and youngsters from Queen Square, Prince Street, West Kent, Queen Charlotte, Spring Park and Parkdale schools.

A tireless community volunteer, Brig. Reid campaigned for countless worthy organizations in addition to minor sports. He had prominent roles in the administration of several such groups, including positions as director for the provincial United Way, Heart Foundation, and Cerebral Palsy associations. His promotion of the Red Cross Water Safety Program began as early as 1946, when he supervised the building of the first raft off Victoria Park for swimming instruction and competition.

Honours bestowed upon Brig. Bill Reid are perhaps too numerous to list, but notable among these are an honorary doctor of laws degree from his Alma Master, Mount Allison University in 1973; an honorary doctor of laws degree from the UPEI in 1981; the Operation Lifestyle Award from the National Department of Health and Welfare in 1977; and membership in the Order of Canada in 1973. His dedication to the high-minded ideals of amateur sport, along with his tireless devotion to the young in the face of great obstacles, made Brig. Reid a natural choice for induction into the Prince Edward Island Sports Hall of Fame in 1985.