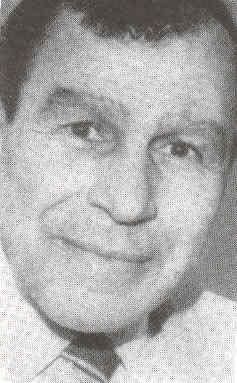 To Maritimers who knew him only as an athlete, coach, manager, umpire, executive and Toronto Blue Jays’ regional scout, he was truly this province’s “Mr. Baseball.” Yet the grandiose title is not of his own choosing, for the humble Charlie Ryan would rather be remembered as the builder of honourable men, not merely a builder of baseball and ball players.

Born July 11, 1920 in Charlottetown, Charles Ernest Ryan grew up in the west end of the city, where he and his chums might find sport wherever they looked. “Kick the can” or wrestling on the Pownal street sandpile down by the wharf, sing-songs in the Square or rough-and-ready ballgames in the sandlots – these were the simple amusements before sport entered its modern era of massive organization, perhaps, as Charlie occasionally opined, losing something in the process.

The Ryan home was keen on athletics.  Charlie’s brother boxed under the watchful eye of Bennie Binns, while his father was involved in baseball and hockey.  The great black boxer, Sam “Tar Baby” Langford, one of the dominant fighters of his time, was an occasional dinner guest at the Ryan table, wolfing down great platefuls of Charlie’s mother’s corned beef and cabbage.

Although badminton proved excellent recreation for him, Charlie Ryan was soon to select baseball as his sport.  From junior baseball days with the Canadiens of the Charlottetown League, it was evident to all that Charlie Ryan was that rare sports figure, the natural.  He could, in fact, play every position on the ball diamond, as well as hit the homerun, or serve as team captain.

With the outbreak of the Second World War, Charlie would be stationed at Camp Aldershot in Nova Scotia.  After regular twenty-mile marches with his soldier mates, the young Ryan would think nothing of hiking another ten miles that evening for practice with the Kentville baseball team, the Junior Wildcats. Selected to the Canadian Army Baseball Team, which played in the semi-pro H&D League, one of Charlie Ryan’s greatest accomplishments and thrills as an athlete came when he was chosen to play in a match against an American League team, consisting of many major league players and led by hall of famer Hank Greenberg of the Detroit Tigers.

Following his return from hostilities overseas, Ryan established himself not only as the leading first baseman in the Maritimes, but also as an all-star catcher and pitcher to boot.  After six games with the talented Dartmouth Arrows club, he was forced to return to the Island when his father took ill.  Performing with the Anchors of the City League, and the Charlottetown Abbies at the provincial and Maritime level, he dominated local baseball and provided the sport with a much-needed positive image that appealed to fans.

A glance at City League statistics for September 1948 reveals Ryan second only to Rovers’ shortstop Buck Whitlock [inducted 1977] in hitting (.385 to .370), and leading all fielders with a sparkling .990 average, having committed only one error the entire season.

Ryan’s versatility and talent helped lead the City League All-Stars to the Maritime baseball title in 1946 against Sydney Mines, the first Maritime Championship ever won by an Island ball team.  In 1949, Charlie and the Charlottetown All-Stars, which included such players as Irv MacKinnon, Art Perry and Buck Whitlock, would repeat as Maritime champions.

Yet despite these starry accomplishments on the diamond, it is Charlie Ryan the man, a moulder of young men, that will remain most significant.  Beginning in 1946, Charlie coached dozens of ball teams, among them the Queens Square school squads, the Junior Recce teams, boys from the Knights of Columbus, and Legion Midget groups.  To note the names from those many teams is to recognize the leading citizens of Charlottetown and this province.

Truly a sports builder, Charlie Ryan identified with his young charges, and they with him.  Although a strict disciplinarian who did not allow smoking, drinking or swearing, Ryan inspired the respect of the young, and taught them self-respect.  “We’re here to participate,” he would tell his players while on the mainland, “we’re here to play and enjoy, but ne
ver forget you’re here to represent the Island.”  An ambassador of sport on Prince Edward Island himself, it is not surprising his young men would themselves become ambassadors.

Recreation director for Charlottetown from 1966 until his retirement in 1986, Ryan’s two decades on the job were characterized by his always-open door and the friendly smile.  To be aware of the needs of others, be they young or old, was the Ryan way.  Honoured by the Hillsborough Rotary Club with the award named after him, it is useful to reflect on that award’s inscription: “Charles Ernest Ryan is a man who over the years has given generously of his time and talent in the cause of youth… a man of wit and wisdom, a sportsman, a family man, a community man, a veteran, a Legionnaire, and a true leader who in his interaction with youth has provided a fine example for all to follow.”

Charlie Ryan passed away November 9, 1989 in Charlottetown, but the legacy of his contributions to baseball on PEI will live on in many ways.  The Charlottetown baseball league organized by Charlie in 1986 was renamed in his memory.  He was also posthumously honoured with the Sport PEI President’s Award in 1998.  And, finally, near Victoria Field, where memories of this tireless sports builder are perhaps the most vivid, a memorial rock has been placed, bearing a plaque that recognizes Charlie Ryan’s dedication to youth recreation and the game of baseball.