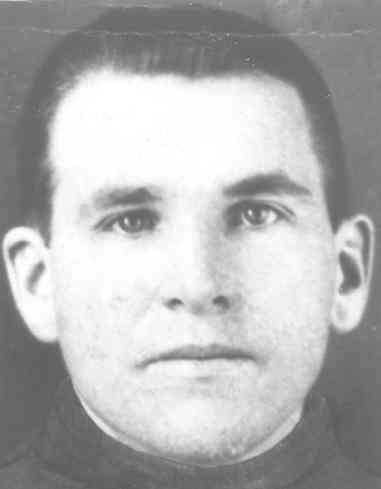 He may have been Summerside’s finest all-round athlete, and from 1925 to 1939, Jack Schurman would centre Island hockey’s finest front line, “The Three Horsemen” of the Summerside hockey Crystals.

Born March 15, 1907 in Summerside, John Edward “Jack” Schurman was part of the town’s famous family of sport.  His father, Clayton Schurman, used to skate from the mainland to Little Curtain Island and encouraged his children to similar feats.  Learning his early hockey skills at nearby Taylor’s Pond as well as the frozen town harbour, Jack graduated to the Senior Crystals team at age eighteen, and would still be wearing the Crystals’ Black and White at age forty.

This was the era of natural ice surfaces, when the Summerside Crystals played an
average of two games a week against their cross-Island rivals, the Charlottetown Abbies, or such mainland opponents as Sussex, Amherst or Moncton.  For eighteen years Jack was the stick handling centre-ice smoothie for the lightning quick “Chick”Gallant [inducted 1976] and the hard-nosed Ralph Silliphant.

Always among the Island Hockey League’s top scorers, Jack’s 1929 season totals of 19 goals and 6 assists for 25 points would not be equalled for several years.  He would win his last scoring title with the Crystals in 1939.   Schurman had several offers from senior pro clubs on the mainland, but chose to remain with Summerside instead.  In 1931, as a special attraction, Jack and the Charlottetown Abbies’ starry left winger Ivan “Hickey” Nicholson [inducted 1976], who was later to play with the Chicago Black Hawks, were invited to suit up with the Moncton Atlantics.  The two Islanders would in fact become the stars of that game.  Jack’s poke-checking, already rated the finest in the Maritimes, would tie up Moncton’s opposition, the Saint John Beavers, in their own end of the rink.

While Jack’s mastery at centre-ice kept Island hockey rinks packed for over a decade, he was equally competitive on the baseball diamond, playing at every position, and becoming most familiar as the shortstop who could pick off the most wicked line drivers. Once, while Jack was performing catching duties and his pitcher was being hit freely, he strode to the mound and removed his shin pads to take over.  To no-one’s surprise, Jack Schurman would develop into the area’s finest pitcher in the twilight of his baseball career, even throwing a no-hitter for the Summerside Pioneers before hanging up his glove.

Jack’s all-round athletic ability extended to starring in the only Summerside-organized basketball league in the 1920s, as well as being an excellent performer in volleyball and badminton.  At the 1923 Labour Day Games, sixteen-year old Jack Schurman set a pole vaulting mark of just over eleven feet.  It is worth noting that the Maritime record for the pole vault stood at 11 feet 7 inches until broken by Summerside’s Alfred Groom [inducted 1968], the Canadian champion in the event during the early 1960’s.

After the Second World War, in which he provided invaluable service as a telegrapher, Jack began his energetic coaching activities, both with the Legion hockey teams and his own young baseball players, “Jack’s Juniors.”

As a much traveled hockey referee and baseball umpire, officiating games from Tignish to Charlottetown, Jack recalls one particular day when he awarded the game to the Summerside squad, after calling Charlottetown’s “Buck” Whitlock [inducted 1977] out at the plate.  So enraged were the Charlottetown fans that they followed Jack to his car, which they proceeded to rock back and forth.  The old saying “kill the umpire” was almost realized in Charlottetown that afternoon.  But as with all Island sport, both fans and players alike quickly cooled down and began looking forward to the next day’s play.

As an athlete, the 1927 season in which the Summerside Crystals won the Maritime championship remains Jack’s most satisfying, although he treasured all of his years as a competitor.  The best Crystals team of the 1930s would be the 1932 edition, which won the Robinson Cup emblematic of the Island Championship.  Always believing that hockey games should be won on the ice and not in the alleyways, a familiar sight during any Charlottetown-Summerside fistic brawl would be Jack Schurman of the Crystals and Jack “Sugar” Gordon of the Abbies enjoying a friendly conversation while the fights continued at the other end of the ice.

Small but mighty – this was to become Jack Schurman’s credo.  When he passed on June 15, 1996, he left behind a legacy of sportsmanship and athletic achievement that will not be soon forgotten.