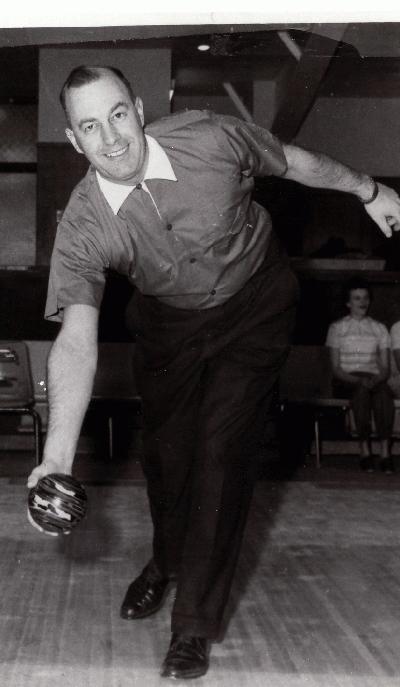 Born in Charlottetown on June 11, 1923, Earl Frederick Smith would become one of the greatest all-round athletes developed on Prince Edward Island.  Smith would win an unequaled 38 provincial championships (and one Maritime championship) in nine different sports in five different decades.

The Earl Smith record is impressive, approached sport by sport.  At the 1956 Maritime Bowling Championships, despite a painful hand injury, Earl would set a Maritime record with a 1042 high triple, rolling games of 332, 343 and 367.  He would also capture the high triple and high average at the 1957 Maritime Championships.

In 1945, Earl Smith pitched for the Charlottetown team which defeated Summerside for the provincial softball championship.

Winner of the 1947 and the 1967 provincial billiards titles, Earl would also win the provincial table tennis singles title in 1966, enabling him to represent P.E.I. at the first Canada Winter Games, held in Quebec City in 1967.

A member of the 1949 P.E.I. volleyball champions from Summerside, Earl would achieve even greater success in basketball, winning a provincial title in 1949, and several league individual scoring titles, as well as playing with an Island All-Star squad against the legendary Harlem Globetrotters in Summerside on October 26, 1953.

Vice-President of the Canadian Amateur Boxing Association from 1974 to 1977, Earl would become the first Islander inducted into the Canadian Boxing Hall of Fame in 1973.  In 1974 he would be selected to manage the Canadian team at the fourth International Amateur Boxing Championships, held in Holland.

In total, Earl spent over 50 years of his life in boxing.

A man literally driven to succeed, despite any injuries or setbacks, Earl Smith embodies the intense fire and desire of the Hall of Fame athlete.  No man has savored this moment more deeply than he, no man has cherished this ultimate prize of Island sport more proudly than he.