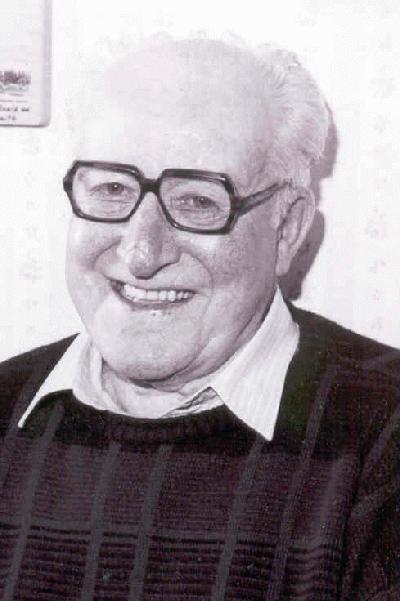 He simply calls it a pastime.

But after 50 years of passionate dedication to the sport that made him a Kings County legend, it’s no wonder this pastime has made him famous.

For George Smith developing and promoting baseball in Kings County was a way of life.

“When it all started 63 years ago I never imagined that one day I would be inducted into the Hall of Fame,” said the 82 year old, in 1995 at his induction, who never
considered himself a star ball player.

It was back in the early 1930’s when the young catcher organized the Peakes Bombers in the pioneer days of the Kings County Baseball League.

“In those days everything was dull.  We didn’t have telephones, radios or television to occupy us, so we played baseball.”

At that time starting a ball team in a small community like Peakes didn’t seem like the right thing to do, he recalls.  But it didn’t take long for the crowds to appear after he convinced Jimmy “Fiddler” MacDonald [inducted 1976] to pitch for the Bombers.

“I notice now there are very few fans who attend games.  But I remember games between Peakes and Morell when there were as many as 2,000 people, and then there were no seats.”

During each game a hat was passed around to the fans so the teams could raise enough money for the bats and baseballs.  It was during one game in particular would be etched in his mind forever.

It was in 1936 and the team from Peakes was playing an all-star team from Charlottetown.  MacDonald was on the mound and during that game he struck out 23 batters.  It’s a record that’s never been broken, he said.

Smith said as the league progressed, so did the rivalry between the teams from Peakes, Morell, Souris, Cardigan and Georgetown.  After some of the games in the 1950’s the fans behaved as they would when they heard the results of an election.  On many occasion neighbors who were supporting rival teams would hardly speak to each other after a close game.

Smith retired as a player in 1950, but continued to anchor the league as secretary, manager of the Peakes team and as a respected umpire for many years.  George Everett Smith passed away at age 84 and, even though he hung up his ball glove for a golf club, Kings County will always remeber him as Mr. Baseball.