PEI Sports Hall of Fame to honour four more inductees
The PEI Sports Hall of Fame has announced it will hold an induction ceremony on November 25 in Charlottetown, where it will honour standouts from the sports of curling and harness racing, along with a local sports broadcasting legend.
Curlers Robert Campbell and Peter Gallant, along with Harry Poulton from harness racing, and long-time broadcaster Dave Holland, will all be recognized with Hall of Fame induction at a ceremony at the Rodd Royalty Inn. Poulton and Gallant were originally scheduled for induction in 2020 but scheduling and the pandemic delayed their ceremonies, while Holland and Campbell round out the extended Class of 2022. This will be the Hall’s fourth induction ceremony this year as it rebounds following the pandemic.
Information on the evening, including how to purchase tickets, is available by contacting Nick Murray at njmurray100@gmail.com or by calling 902-393-5474.
The induction ceremonies are sponsored by the PEI Mutual Insurance Company.
Broadcaster Dave Holland has been a constant on the PEI airwaves since he moved to the Island in 1972 to work for CFCY, and he has enjoyed more than 50 years in the broadcast industry, where he has become a respected and trusted voice, covering numerous sporting events, including the Gold Cup and Saucer. His knowledge of hockey, especially at the local level, is unsurpassed, and he has used this expertise when providing colour commentary for numerous teams and events including the UPEI Panthers, the PEI Senators, PEI Rocket and the Sherwood-Parkdale Metros in their quest for the 1981 Centennial Cup.
Holland is in-demand as an emcee at many events, and maintains an excellent website, focussing on PEI hockey history.

Forty years of outstanding success in training horses has earned Harry Poulton the call to the Hall. Moving out west when 18 years old, Poulton has the distinction of training not just one, but two World Champion horses.

Teaming up with owners Gordon and Illa Rumpel, Poulton turned On the Road Again (bought for $10,000) into a horse that earned over $3 million in three years, twice winning Canada’s Horse of the Year in 1984 and 1985, in addition to being named both Three Year Old Pacing Colt of the Year, and Aged Pacing Colt of the Year. Notable race wins included both the Meadowlands Pace and the Canadian Pacing Derby.

Remarkably, Poulton trained another world champion in Matt’s Scooter, who won more than $3 million and was another two time Canadian Horse of the Year. Poulton’s tremendous achievements have seen him win the Canadian Trotting Horseman of the Year in 1988, and Glen Garnsey North American Trainer of the Year award in 1989. That year also saw Poulton train and drive Stargaze Hanover to victory in the Gold Cup and Saucer.

Charlottetown’s Peter Gallant gets the nod for Hall induction for an outstanding curling career, both as player and coach. In an illustrious playing career, Gallant has won nine provincial men’s championships, four provincial mixed, a senior provincial title, and a Canadian mixed championship, won on home ice in 1987 in Summerside, where he skipped the team of Kathie Gallant, Phillip Gorveatt and Simone MacKenzie to a national title.

In recent years he has become one of the most sought after coaches in world curling, guiding numerous teams including working with the likes of Brad Gushue, Suzanne Birt and his son Brett’s rink when they were dominant on the junior stage. Arguably one of his finest achievements was guiding the Eun Jung Kim team of South Korea to a silver medal at their home 2018 Winter Olympic Games.

Charlottetown’s Robert Campbell is one of PEI’s most successful curlers, with an outstanding curling resume to his name.

In 1985 he was third stone for the Kent Scales rink that finished second in the Canadian Junior Championships, earning all-star honours, and in 1991 he won the first of eight PEI Men’s Curling Championships, six of which were as skip.

Campbell won three Mixed Provincial Championships, which he then followed by guiding his team to a national title on two occasions. In 1989 he skipped Angela Roberts, Mark O’Rourke and Kathy O’Rourke to the Canadian title in Brandon, Manitoba, and he followed this up 21 years later in 2010 with another title, this time with Rebecca Jean MacDonald, Robbie Doherty, and Jackie Reid. That same year he went with MacDonald to the World Mixed Doubles Championships in St. Paul, Minnesota.

Always regarded as a versatile, and skillful curler, with numerous all-star honours to his name, Hall of Fame induction will round-off an outstanding curling career for Robert Campbell. 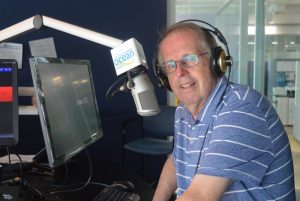 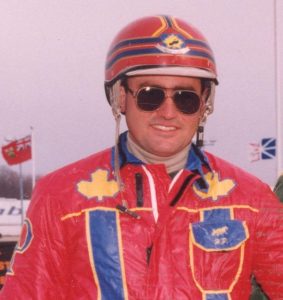 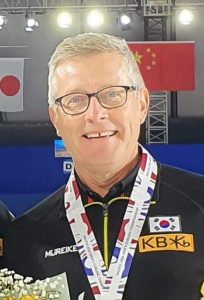 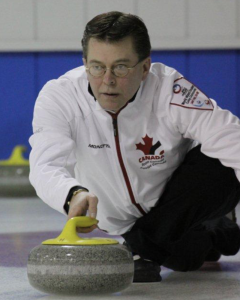 END_OF_DOCUMENT_TOKEN_TO_BE_REPLACED

The PEI Sports Hall of Fame was saddened to hear of the passing of Jack Kane recently. Jack was the father of inductee Lorie Kane, and also the son...