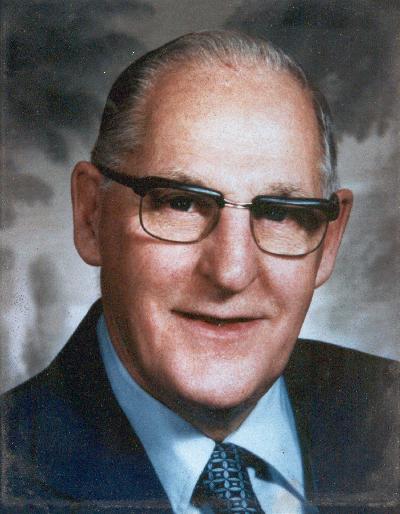 He was a great all-round sportsman – baseball, golf, whatever he turned his hand to he made it look easy – but it was in hockey, and later curling, that John Drake Squarebriggs – affectionately known as “Snags”because of his apparent likeness to an American cartoon character – became an Island sporting legend.

Born in Charlottetown on November 6, 1910, the young John’s early days were spent around the ponds, rinks and ball fields of the capital city. It was in hockey that he began to excel, and at 15 he suited up for the Junior Abbies, and by the time he was 17 he was turning out regularly for the senior team in the Maritime Big Six Hockey League.

The competition was hard and the hockey intense – these were the days when Moncton and Halifax were Allan Cup winners – but the young Snags, after 6 seasons, took his 5 feet 10 inch, 160lb frame to the newly formed Eastern Hockey League and the suitably named Bronx Tigers, but when they folded after just a couple of seasons, the 24 year old Johnny found a new home with the Orioles of Baltimore (1935-39), where he became one of its most popular players.

Lining up with that other great Islander, fellow Hall of Famer Clarence “Windy” Steele, the  fleet-footed Johnny quickly became a fan-favourite – noted for his stick-handling abilities and his ability to excecute set-plays, the quiet but efficient Squarebriggs was soon seen as the leader on the team, and after just two seasons with the Orioles he assumed the captaincy, and on occasion, he even took over the coaching duties.

Hockey on the East Coast was booming through the 1930s, and thousands of fans would cram the Iceland Arena for every game. Games were usually rough and tumble affairs, especially when the hated New York Rovers came to town, and referees and opposing players often became the subject of the fans’ wrath. Newspaper reports of the time make interesting reading, but above the chaos and sometimes carnage that would often ensue, Johnny’s hockey skills stood out. He was always up there at the top of both the league and team scoring records, and in the history of the Eastern Hockey League, records will show that Johnny Squarebriggs was one of its most consistent, and classiest performers.

Returning to the region in the early 40s, Johnny continued to ply his trade in the Cape Breton League, first with Glace Bay as player/coach (1939-40) and then with North Sydney (1940-42). He coached Prince of Wales College, and even took up the referee’s whistle for a while, but Snag’s attention by the late 1940’s was being drawn to the curling rink. He had always been a good curler, but with his hockey career winding down he began to really take it up a gear. In 1947 John made his first appearance at a Brier, playing second on the team skipped by Frank Acorn, and he was to make four more Brier appearances in the next ten years, usually in the third position, including three with the person who he was to enjoy the most success, Dr. Wendell MacDonald.

Without doubt, it was with Dr. Wen that Johnny cemented his Hall of Fame curling career. He won a total of 12 PEI Seniors Championships with the good doctor, and in 1971, in a never to be forgotten championship in Halifax, the team of MacDonald, Squarebriggs, Doug George and Dan O’Rourke won their first Canadian title in a sudden death play-off with Saskatchewan.

With Irv MacKinnon and Don Hutchinson joining the ranks, the MacDonald rink wrote themselves into Island curling lore, winning a further two Senior national titles, Calgary in 1975, and again in Ottawa in 1976. In total, Johnny played in 12 National Senior Championships, a Canadian record only bettered by Dr Wen with 14 appearances. In 35 years, from 1947 to 1982, Johnny Squarebriggs  participated in an amazing 17 National Championships.

Throughout his sporting life, and beyond, John Squarebriggs was a man who commanded both respect and affection in all those that came cross his path. A great family man – he married Ino Agnes Craig in 1933 and the couple had five children – Johnny could be seen holding court and discussing life and sports at his famous Mayfair Tea Room on the corner of Kent and Prince Streets, an establishment he bought in 1942, and one which became renowned as a place where you could go and socialize and talk about either the good old days, or the latest news. He also took on a senior role on the Board of the PEI Sports Hall of Fame when it started out in 1968, helping to shape the future of the Island sporting shrine.

Writing about Johnny back in 1988, that great scribe Bill Ledwell said this – “ Although he will be remembered for his outstanding exploits in hockey and curling, most people will remember Johnny Squarebriggs for his human qualities – his unique sense of humour, his loyalty to his friends, and his knowledge of many different subjects. He deserves the accolades for his athletic accomplishments, but he should also be recognized for his contribution to the life of our community and his many acquaintances, all of which have been enriched by his presence.”